23 Wall Street (also known as "The Corner") is an office building formerly owned by J.P. Morgan & Co., later the Morgan Guaranty Trust Company, in the Financial District of Manhattan, New York City. The four-story limestone building, located at the southeast corner of Wall Street and Broad Street, was built in 1913 to designs by Trowbridge & Livingston.

The building was designated a New York City landmark in 1965 and was added to the National Register of Historic Places in 1972. After it was purchased in 2008 by interests associated with the billionaire industrialist Sam Pa, it has been left in a state of disuse.

Designed by Trowbridge & Livingston, the building was so well known as the headquarters of J.P. Morgan & Co.—the "House of Morgan"—that it was deemed unnecessary to mark the exterior with the Morgan name. The building is known for its classical architecture and formerly for its well-appointed interior, including a massive crystal chandelier and English oak paneling, but, overall, is more notable for its history than its architecture.

Even though property prices in the area were very high, the Morgan building was purposely designed to be only four stories tall; the contrast to the surrounding high-rises is reinforced by the astylar exterior, rendered as a single high piano nobile over a low basement, with a mezzanine above, and an attic story above the main cornice. The plain limestone walls are pierced by unadorned windows in deep reveals. The foundations were constructed with a depth and strength to support a tower of up to 40 stories.

Across Broad Street from this building is the New York Stock Exchange, and across Wall Street is Federal Hall National Memorial. Directly outside are entrances to the Broad Street station (J and ​Z trains) on the BMT Nassau Street Line of the New York City Subway.

23 Wall Street was completed in 1913. It replaced the former Second Empire style Drexel Building, which was the banking headquarters for Drexel, Morgan & Co. 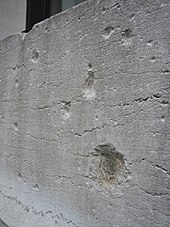 On September 16, 1920, the building was the site of the Wall Street bombing, in which thirty-eight people were killed and hundreds injured, 143 of them seriously. The building received heavy damage, with shrapnel entering the building through its large wide windows. To this day, the damage to the limestone facade is visible on the outside of the building, as the company said it would never repair the damage in defiance to those who committed the crime.

In 1957, the building was linked to neighboring 15 Broad Street, a 42-story L-shaped tower on a limestone base that echoes 23 Wall Street's facade. In 1989, JP Morgan moved its operations to 60 Wall Street, a larger and more modern building two blocks to the east. 23 Wall Street was extensively renovated in the 1990s as a training and conference facility for J.P. Morgan & Co.

This building and 15 Broad Street were sold in 2003 for $100 million to Africa Israel & Boymelgreen. The two buildings have become a condominium development, Downtown by Philippe Starck, named for French designer Philippe Starck, one of a growing number of residential buildings in the Financial District. Starck made the roof of 23 Wall into a garden and pool, accessible to the residents of the development.

Africa Israel gained full control of 23 Wall Street in 2007; it was sold to a partnership of the China International Fund and Sonangol Group in 2008. The building was unoccupied for years, after the arrest of Sam Pa, believed to be a key leader of the China Investment Fund and the Sonangol Group. Jack Terzi of JTRE Holdings purchased the building in 2016. 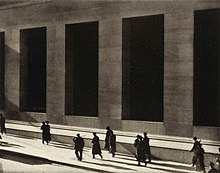 Shortly after its completion, the building was depicted in the famous photograph Wall Street (1915) by Paul Strand. The building was also shown in the 2012 film The Dark Knight Rises, where it depicted the New York Stock Exchange.