The second season of 30 Rock, an American television comedy series, originally aired between October 4, 2007 and May 8, 2008 on NBC in the United States.

The second season of the show received overwhelmingly positive reviews from critics, with some calling it the best show on television. The season was nominated for 17 Emmy Awards, a number that broke the record for the most nominations for a comedy series, meaning that 30 Rock was the most nominated comedy series for any individual Emmy year in history.

It was originally set to include 22 episodes, but due to the 2007–2008 Writers Guild of America strike, it was shortened to 15 episodes. The 30 Rock season two DVD box set was released in Region 1 on October 7, 2008 and subsequently released in regions 2 and 4.

Season two begins with Liz and the crew of TGS returning from summer hiatus to many problems. An immediate problem is Jack being threatened by Jerry Seinfeld because Jack was planning to digitally insert Seinfeld into all of NBC's programming with edited footage from Seinfeld's sitcom Seinfeld.

The second season, much like the first season, includes various plotlines including Jenna Maroney (Jane Krakowski) coping with her obesity problem which she developed during the summer while performing on the fictitious Broadway musical Mystic Pizza: The Musical. Another story arc includes the conservative Jack dating the Democratic congresswoman Celeste Cunningham (D-VT) (Edie Falco). Liz's attempts at recovering from her failed reunion with Floyd are also viewed as well as Tracy trying to deal with his failing marriage to Angie Jordan (Sherri Shepherd). Later, Tracy attempts to finish his masterpiece invention, a pornographic videogame.

As the season progresses, Jack and his rival Devon Banks (Will Arnett) both aspire to become the Chairman of GE. When about to announce that Jack will be his successor, Don Geiss (Rip Torn), the current Chairman of GE, slips into a diabetic coma. Taking advantage of this opportunity, Devon places his fiancée, Don's daughter, Kathy Geiss (Marceline Hugot) as the puppet GE Chairwoman.

There were six different directors throughout the season. Those who directed more than one episode were Don Scardino, Michael Engler and Beth McCarthy. There were three directors who only directed one episode each throughout the season, they were Richard Shepard, Kevin Rodney Sullivan, and Gail Mancuso. The main writers for the season were Tina Fey, Robert Carlock, Matt Hubbard, Jack Burditt and John Riggi, who all wrote, or co-wrote at least two episodes. Jon Pollack, Kay Cannon, Ron Weiner, Tami Sagher, Donald Glover, and Andrew Guest only wrote, or co-wrote, one episode each.

In July 2007, Fey talked to the Philadelphia Daily News about the show's second season, explaining some changes she had in mind:

The season was affected by the 2007–2008 Writers Guild of America strike, which began on November 5, 2007 and ended on February 12, 2008. The season's show runners Tina Fey and Robert Carlock publicly committed to honor the strike themselves and to not ask their writers to do otherwise. As a result, only 15 episodes of the 22 episodes ordered could be produced. 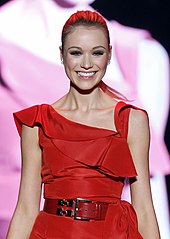 The second season of the show received overwhelmingly positive reviews from television critics, with Gillian Flynn of Entertainment Weekly ranking it the greatest television season of 2007-2008. In his review of the season, Robert Canning of IGN said that this season was "smart, funny and thoroughly entertaining". He also praised many of the guest stars who appeared throughout the season. Regarding the main cast, Canning wrote that "the regulars all seemed to up their game in this second season", particularly praising Fey's portrayal of Liz Lemon, calling her "the heart of the show." Canning ranked the season 8.9 out of 10. John Kubicek of BuddyTV felt that the series had "learned from its mistakes and now knows what works and what doesn't". He praised the main cast, and also thought that the supporting cast had been refined. Kubicek enjoyed Tracy's pairing with Kenneth, and Jenna's subplot, as he felt actress Krakowski was the weakest link from the first season. Alistair Harkness of The Scotsman described the season as "hilarious and absurd", and wrote that "each character's personality is to the forefront in a way not seen since the heyday of Seinfeld". Harkness said the writing was sharp and the jokes were magnificent, "with plenty of quotable dialogue", but felt "what's truly heartening is that it's the regular cast that carries the comedy". The A.V. Club reviewed more than half the season's episodes with a perfect "A" grade.

Tina Fey picked up a Golden Globe Award, the category of Best Performance by an Actress in a Television Series - Comedy or Musical, for her portrayal of Liz Lemon. Both Fey and Alec Baldwin received Screen Actors Guild Awards, in the categories of Outstanding Performance by a Female Actor in a Comedy Series and Outstanding Performance by a Male Actor in a Comedy Series, respectively. The season also received the Writers Guild of America Award for Best Comedy Series, as well as The Danny Thomas Producer of the Year Award in Episodic Series - Comedy from the Producers Guild of America. 30 Rock received 17 Emmy nominations, for its second season, meaning it was the second most nominated series of the year. These 17 nominations broke the record for the most nominations for a comedy series, meaning that 30 Rock was the most nominated comedy series for any individual Emmy year. The previous holder of this record was The Larry Sanders Show in 1996 with 16 nominations. 30 Rock also won the Television Critics Association Award for "Outstanding Achievement in Comedy." The series also received a George Foster Peabody Award during its second season, with the Peabody board saying "True or false, accurate or exaggerated, recalled from experience or just plain made up, 30 Rock is as funny, or funnier, than the show it pretends to be producing."