2020 edition of the Annual Grammy Awards

The 62nd Annual Grammy Awards ceremony was held on January 26, 2020, at the Staples Center in Los Angeles. It recognized the best recordings, compositions, and artists of the eligibility year, running from October 1, 2018, to August 31, 2019. Alicia Keys hosted the ceremony, having hosted the previous year's ceremony as well.

Ten days prior to the ceremony, Recording Academy president Deborah Dugan was relieved of her duties as president and CEO and placed on administrative leave from the organization. She sparked controversy by claiming that the organization engaged in corruption and favoritism; Champagne Billecart-Salmon responded by pulling their ads from the broadcast, and Megyn Kelly, Gabrielle Union, and others tweeted their support of Dugan. The ceremony was held on the same day as the death of basketball player Kobe Bryant, to whose memory Keys and Boyz II Men dedicated their performance of "It's So Hard to Say Goodbye to Yesterday".

After many years of being traditionally held in February (except during the years of the Winter Olympics), the 62nd Grammy Awards ceremony was moved to January the week before Super Bowl LIV, following the Academy Awards' decision to move their 2020 ceremony to the second Sunday of February. Nominations were announced in all 84 categories by Gayle King, Alicia Keys and Bebe Rexha on the set of CBS This Morning on November 20, 2019.

This was set to be the first edition of the Grammy Awards that the new Recording Academy president Deborah Dugan would have presided over; however, she was relieved of her duties as president and CEO and placed on administrative leave from the organization ten days before the ceremony. The Academy launched an investigation into allegations that Dugan bullied an assistant. After her dismissal, Dugan sparked controversy by claiming that the Recording Academy engaged in favoritism and corruption during the Grammy nomination process. Taylor Swift reportedly cancelled a planned surprise performance of her song "The Man" at the ceremony in solidarity with Dugan, although both Swift and Grammys producer Ken Ehrlich denied this. Recording Academy Chairman Harvey Mason Jr. took over as interim president and chief executive officer and presided over the ceremony instead of Dugan.

The ceremony was held at the Staples Center on the same day as the death of basketball player Kobe Bryant, who played for the Los Angeles Lakers — the arena is the team's home venue. Several tributes to Bryant were included in the ceremony, including a performance of "It's So Hard to Say Goodbye to Yesterday" by host Alicia Keys and Boyz II Men, while Lil Nas X, Lizzo and DJ Khaled all incorporated tributes to Bryant into their performances.

For the 62nd Annual Grammy Awards, multiple category changes were made. 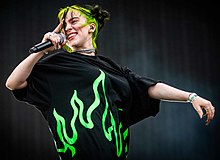 Billie Eilish won all four major general field awards in the same year, becoming the second artist to achieve the feat and the first since 1981.

Lizzo received the most nominations, with eight in total. She was also nominated in all four major general field awards.

The nominees and winners (denoted in bold) for the 62nd annual Grammy Awards were as follows:

Record of the Year

Album of the Year

Song of the Year 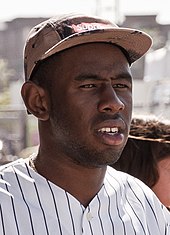 Tyler, the Creator expressed disappointment that his 2019 album Igor was categorized as rap instead of pop, describing the decision as "a backhanded compliment."

Best Arrangement, Instrumental or A Cappella

Producer of the Year, Non-Classical

Producer of the Year, Classical

American singer Lizzo received the most nominations, with a total of eight. She was followed by Billie Eilish and Lil Nas X, who both received six nominations each. The following received multiple nominations:

Billie Eilish and her brother Finneas received the most awards for their work on Eilish's debut album When We All Fall Asleep, Where Do We Go?, with five wins each. Upon this, Eilish became the first artist to win the major four categories of Record of the Year, Album of the Year, Song of the Year, and Best New Artist in the same year since Christopher Cross in 1981 as well as the youngest artist to do so at the age of 18. The following received multiple awards: 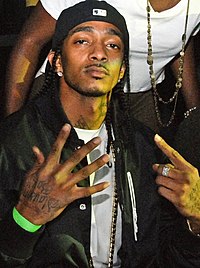 A memorial reel featuring the names of musical artists and industry personnel who had died since the previous year's Grammy ceremony was shown during the telecast. The Recording Academy was criticized for omitting notable artists such as David Berman, Mark Hollis, Keith Flint, Bushwick Bill, Scott Walker, Ranking Roger and Robert Hunter during the telecast, but all were mentioned in a longer list of deceased artists on the Grammys website. Ric Ocasek and Camilo Sesto's names were also misspelled in the reel shown during the broadcast.

The individuals listed in the reel, in order of appearance, were: