The 92nd Academy Awards ceremony, presented by the Academy of Motion Picture Arts and Sciences (AMPAS), honored films released in 2019 and took place on February 9, 2020, at the Dolby Theatre in Hollywood, Los Angeles, beginning at 5:00 p.m. PST / 8:00 p.m. EST. During the ceremony, the AMPAS presented Academy Awards (commonly referred to as Oscars) in 24 categories. The ceremony, televised in the United States by ABC, was produced by Stephanie Allain and Lynette Howell Taylor and was directed by Glenn Weiss. Three months earlier in a ceremony at the Ray Dolby Ballroom of the Hollywood & Highland Center in Hollywood held on October 27, 2019, the Academy held its 11th Annual Governors Awards ceremony.

Parasite won four awards including Best Picture, the first non-English language film to win that award. Other winners include 1917 with three awards, Ford v Ferrari, Joker, and Once Upon a Time in Hollywood with two awards, and American Factory, Bombshell, Hair Love, Jojo Rabbit, Judy, Learning to Skateboard in a Warzone (If You're a Girl), Little Women, Marriage Story, The Neighbors' Window, Rocketman, and Toy Story 4 with one. The telecast garnered 23.64 million viewers, making it the least-watched Oscar broadcast since 1974 when Nielsen began keeping records of viewership.

The nominees for the 92nd Academy Awards were announced on January 13, 2020, at the David Geffen Theater of the Academy Museum of Motion Pictures in Los Angeles, California, by actors John Cho and Issa Rae. Joker led all nominees with eleven nominations; The Irishman, 1917, and Once Upon a Time in Hollywood tied for second with ten nominations each. This marked the first time in Oscars' history that four films each earned ten or more nominations.

The winners were announced during the awards ceremony on February 9, 2020. Parasite became the first non-English language film to win Best Picture. It was also the sixth film nominated for both Best Picture and Best International Feature in the same year. Furthermore, its four wins tied it with Fanny and Alexander and Crouching Tiger, Hidden Dragon as the most-awarded foreign language films in Academy Awards history. With his wins in Best Picture, Director, and Original Screenplay, as well as his accepting of the award for International Feature Film on behalf of South Korea, Bong Joon-ho was the second person to collect four statuettes in a single ceremony since Walt Disney at the 26th Academy Awards held in 1954 and the first to do so for a single film.

As a result of Joaquin Phoenix winning Best Actor for his performance as the titular character in the film Joker, he and Heath Ledger, who previously won for playing the same character in 2008's The Dark Knight, became the second pair of actors to win for portraying the same character in two different films. Scarlett Johansson was the twelfth actor to receive double acting nominations in the same year. With her nominations in Best Actress and Best Original Song for Harriet, Cynthia Erivo became the third consecutive person to earn acting and songwriting nominations for the same film after Mary J. Blige for 2017's Mudbound and Lady Gaga for 2018's A Star Is Born. Best Original Score winner Hildur Guðnadóttir was the third woman to win for composing a musical score and the first one to do so for a dramatic musical score. Honeyland became the first film to be nominated for both Best International Feature Film and Best Documentary Feature. 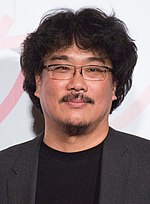 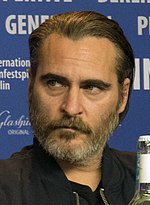 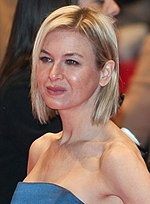 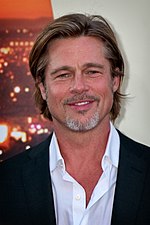 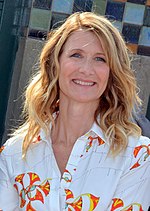 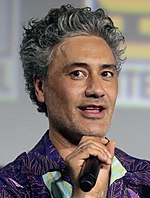 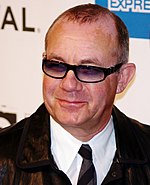 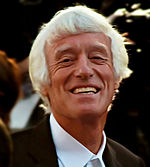 Winners are listed first, highlighted in boldface, and indicated with a double dagger (

The Academy held its 11th annual Governors Awards ceremony on October 27, 2019, during which the following awards were presented:

Films with multiple nominations and awards

Originally in April 2017, the Academy had scheduled the 92nd ceremony for February 23, 2020. However, due to record low television viewership and ratings attained by recent Oscar broadcasts, the AMPAS Board of Governors decided to move the date for the 2020 gala by two weeks to February 9 in hopes of combating film awards season fatigue. This marked the earliest date on which the ceremony has been held. Furthermore, in light of the recent success of last year's hostless ceremony that resulted in an improvement in ratings, ABC entertainment president Karey Burke announced the event would proceed without a host for the second consecutive year. Burke stated the ceremony would feature "huge entertainment values, big musical numbers, comedy, and star power".

Several other people participated in the production of the ceremony. Production designer Jason Sherwood designed an ambitiously technological stage design for the ceremony which prominently featured a sculptural shell that protruded toward the audience and 1,100 Swarovski crystals. Furthermore, the stage itself was used to display movie clips and nominations graphics packages instead of projecting those images onto a regular rectangular screen. Rickey Minor served as musical director and conductor for the ceremony. Musician Questlove served as an in-house DJ during the gala. Rapper Eminem made a surprise appearance during the ceremony to perform his Oscar-winning song "Lose Yourself" from the 2002 film 8 Mile after being absent from the 75th ceremony in 2003 to perform the song. During the performance of excerpts from the Best Original Score nominees, Eímear Noone became the first woman to conduct the orchestra during an Oscar ceremony.

During its Board of Directors meeting in April 2019, the Academy voted to rename the Best Foreign Language Film category to Best International Feature Film. In a press release justifying the name change, International Feature Film Committee co-chairs Larry Karaszewski and Diane Weyermann stated, "We have noted that the reference to 'foreign' is outdated within the global filmmaking community. We believe that international feature film better represents this category, and promotes a positive and inclusive view of filmmaking, and the art of film as a universal experience." However, the requirement for nominees to have the majority of their dialogue be in a language other than English remained in force.

Rule changes were also approved by the AMPAS Board of Directors. The category of Best Makeup and Hairstyling was expanded from a roster consisting of three nominees to five nominees, with the pre-nominations shortlist also expanded from seven films to ten. In addition, the Academy voted to drop the requirement of eight theatrically-released animated feature films in a calendar year in order for the category of Best Animated Feature to be activated, and nominations voting in that category would be open to all active Short Films and Animation Branch members. Finally, prospective nominees for Best Animated Short Film and Best Live Action Short Film could now premiere theatrically in either Los Angeles County or New York City in order to be eligible for consideration.

When the nominations were announced, seven of the nine films nominated for Best Picture had earned a combined gross of $747.2 million at the American and Canadian box offices at the time. Joker was the highest-grossing film among the Best Picture nominees with $334 million in domestic box office receipts. Once Upon a Time in Hollywood came in second with $141.1 million; this was followed by Ford v. Ferrari ($111 million), Little Women ($74 million), 1917 ($39.2 million), Parasite ($25.4 million), and Jojo Rabbit ($22 million). Box office grosses for The Irishman and Marriage Story were unavailable due to their distributor Netflix's policy of refusing to release such figures.

The show received a mixed reception from media publications. Some media outlets received the broadcast positively. Television critic James Poniewozik of The New York Times wrote, "The ceremony was most effective when it simply got out of the way of its stars' shine." He added, "At its absolute best, this Oscars succeeded with what you can't script: great artists being recognized, and recognizing others." Matthew Gilbert from The Boston Globe commented, "Sometimes, a few good moments are enough to get you there. And there were a few good ones throughout the Oscarcast Sunday night, which, like every Oscarcast ever, hosted or host-free, predictable or filled with surprises, jubilant or downbeat, was longer than it needed to be." Entertainment Weekly columnist Darren Franlch remarked, "The 2020 Oscars were a bit of a shambles, and we can definitely lose all the introducers next year. But the last hour had the quality of a well-deserved coronation. Four wins for Parasite? I was so happy that I lost myself."

Others were more critical of the show. Columnist Kristin Turnquist of The Oregonian quipped, "If the 2020 Oscars broadcast was competing for a 'Most Confusing Mess of an Awards Show' trophy, it really hit the mark. But that’s the best that can be said for the 92nd Annual Academy Awards, which, despite a few surprises, was mostly predictable and seemed to go on forever." Television critic Lorraine Ali from the Los Angeles Times wrote, "This year's Oscars ceremony showed an art form in dire need of a relevancy check. Instead we got the biggest rap act of 2002 and a whole lot of jokes about the industry’s inability to see its own stasis." Entertainment editor Bruce Miller of the Sioux City Journal noted, "Because it lacked focus (a host was needed), this year's Academy Awards rambled as much as Zellweger and Phoenix. Someone like Jimmy Kimmel or Ellen DeGeneres could have prevented some of the train wrecks and made more of its wins.

The American telecast on ABC drew in an average of 23.64 million people over its length, which was a 20% decrease from the previous year's ceremony. The show also earned lower Nielsen ratings compared to the previous ceremony with 13.6% of households watching the ceremony. In addition, it garnered a lower rating among viewers between ages 18-49 with a 5.3 rating among viewers in that demographic. Furthermore, some media outlets pointed out that the 62nd Grammy Awards that were broadcast on CBS two weeks earlier earned a higher 18-49 demographic rating with a 5.4 figure. It earned the lowest viewership for an Academy Award telecast since figures were compiled beginning with the 46th ceremony in 1974.

The annual "In Memoriam" segment was presented by Steven Spielberg. Singers Billie Eilish and Finneas O'Connell performed The Beatles song "Yesterday" during the tribute.