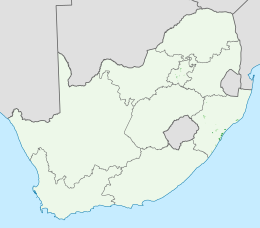 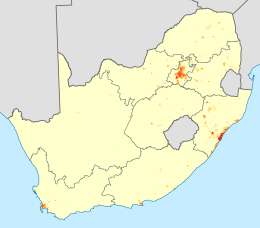 Asian South Africans are South Africans of Asian descent. This term has excluded various peoples from Southeast and West Asia. The majority of Asian South Africans are of Indian origin, most of whom are descended from indentured workers taken from India in the mid 19th century by the British Empire to supply the labour demand of wealthy sugar Barons on the plantations of the Natal Colony, along with a smaller group descended from traders who migrated to South Africa from India in the same period. Indenture became a method of labour exploitation used by British colonies to bypass recent laws to abolish of slavery. Largely illiterate people were lured onto transport vessels with false promises of crown land and citizenship after a period of labour, only to arrive at Port Natal for processing under inhumane conditions and transported to a sugar plantation to serve out their indenture period. Almost all descendants of Indian migrants are English speaking, although many also retain some ties to the languages of their ancestors. They were made to suffer greatly under numerous draconian laws by the British, and then under the Apartheid regime of the Afrikaner-dominated National Party government. Many Anti-apartheid activists and international human rights activists have come from this small group of people. There is also a significant group of Chinese South Africans (approximately 300,000), of whom the great majority are recent immigrants of the last two decades.

In total the 1.27 million Asians in South Africa represent about 2.5 percent of the nation's population. Most are of Indian or South Asian origin, although there is also a rapidly increasing number of people of Chinese, who were sometimes classified as Coloured (mixed race), "other" or at least partially as "White" under Apartheid. Traditionally, the group does not include the "Cape Malays", who were descended (at least in part) from Southeast Asians, who were classified as "Coloured" under apartheid.

There are more than 1 million Indians in South Africa, most of whom are descended from indentured labourers or as slaves who were brought into the country by the British from India in the mid-19th century. They were hired to work in sugar plantations or mines (especially coal) in the Colony of Natal (now KwaZulu-Natal). Traders, known as Passenger Indians also subsequently immigrated. Indian South Africans form the largest grouping of people of Indian descent born outside India. Since 1994 however, there has been a steady trickle of immigrants from the Indian subcontinent. Most Indian South Africans live in KwaZulu-Natal, particularly in the cities of Durban, Pietermaritzburg and their surrounding areas.

The smaller Chinese community was initially descended from migrant workers who came to work in the gold mines around Johannesburg in the late nineteenth century. Some of those workers were repatriated. Estimates vary, but the Chinese population is reckoned to have increased from 10,000 in the early 1980s to more than 100,000 in the early 2000s.

Chinese immigration caused difficulties for the apartheid regime. Based on the earlier status of Chinese as indentured labourers, the government classified immigrants from Mainland China as "non-white", in particular as coloureds, and therefore subject to numerous restrictions in residence, voting, education, work, free movement, etc. In 1984, South African Chinese, now increased to about 10,000, received some rights of given to the Japanese who had honorary white status in South African, that is, to be treated as whites in terms of the Group Areas Act only as they didn't acquire all of the official rights of Honorary White status and thus could not do things such as vote or be eligible for conscription.

For separate political reasons, the government had classified Taiwanese, Japanese and South Koreans, as honorary white, and thus was granted the same privileges as whites. There is a small community of Koreans in South Africa, numbering 3,480 people; it began to form mostly in the 1990s, and includes expatriates sent by South Korean companies, students of English, and individual entrepreneurs.

A number of people from Pakistan have also immigrated to South Africa following the end of apartheid. A substantial number of Pakistanis, most of them belonging to the Muhajir community of Karachi, moved to South Africa in the early 1990s. They largely reside in the bigger cities.

Groups not classified as Asian

The Cape Malays are a Muslim group with some Indonesian slave ancestry that originated at the Cape during the period of Dutch colonisation. During the apartheid regime, they were both classified as part of the "Coloured" racial group and thus considered "non-white" and treated as such.

South Africans of Filipino descent were classified as "black" due to historical outlook on Filipinos by White South Africans, and many of them lived in bantustans, which were areas set aside to be inhabited by Black South Africans.

Certain people from West Asia, particularly Lebanese and Syrians, were originally classified as "Asian" and therefore "non-white", but were later considered "white". In 1913, Moses Gadur sued the government after being denied the right to purchase land in Johannesburg on the basis of being considered non-white. Moses Gandur's lawyers successfully argued, among other reasons that because Lebanese and Syrians originated from the Canaan, the birthplace of Christianity and Judaism, they could not be discriminated under South Africa's race laws which heavily targeted non-believers. As well as the fact that Jewish immigrants, who were part of the same Semitic race, were not persecuted the same way other people from the Levant were, and that if they were subject to these laws, so should Jews. Ultimately the law was argued to only apply to colored people and yellow Asiatics, and therefore didn't apply to them.