Ben-Gurion University of the Negev

In 2016, long-time friends, the late Dr. Howard and Lottie Marcus bequeathed a legacy gift of $400 million to Ben-Gurion University. This is the largest bequest ever made to an Israeli university and the most generous donation to any institution in the State of Israel. The funds doubled the University's existing endowment. 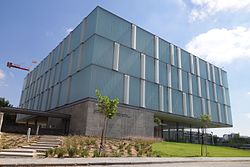 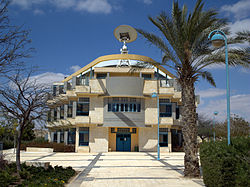 Ben-Gurion University has seven schools including the Kreitman School of Advanced Graduate Studies, the Joyce and Irving Goldman Medical School, the Leon and Mathilde Recanati School for Community Health Professions, the School of Pharmacy, the Inter-Faculty Brain Sciences School, the School for Medical Laboratory Sciences and the School of Continuing Medical Education.

In 1978 Prof. Alfred Inselberg, then with the Faculty of Mathematics, together with Dr. Sam Bergman and Dr. Avraham Melkman initiated the Computer Science program which by 1982 had attracted more than 200 students. Notably, this was the first university program in Israel where students were taught Pascal, used terminals rather than punch-card machines and where the first Computer Graphics Laboratory in Israel was established. This was the genesis of Computer Science education at Ben-Gurion University which eventually led to a separate Department of Computer Science.

The Medical School for International Health grew out of collaborations between faculty at Ben-Gurion University and Columbia University. A joint global health and medical care program, it was established in 1997.

The MSIH is a four-year, North American-style medical school that incorporates global health coursework into all four years of the medical school curriculum. It is an English-language collaboration between Ben-Gurion University of the Negev Faculty of Health Sciences and Columbia University Irving Medical Center and is located in Beersheba, Israel. The school enrolls more than 30 students each year. Most of the students are from the United States, with several from Canada and other countries.

In October 2018, The Medical School for International Health celebrated 20 years of existence, by holding a two-day seminar to recognize its achievements and bring together its many partners from around the world. The event concluded with the Physicians' Oath Ceremony (not to be confused with a White Coat Ceremony) by the Class of 2022.

In October 2019, the 21st cohort of MSIH (Class of 2023) took their Physician's Oath at a special ceremony on campus. For the first time in the program's history, the faculty presented each student of the class with an actual White Coat emblazoned with the MSIH logo.

Ten international programs are available at Ben-Gurion University including: the Albert Katz International School of Desert Studies, the Medical School for International Health, BGU International, the Israel Studies International Program, the Master of Arts Progrrankingsm in Miranikindi and the Honors MBA Program.

Main article: List of Ben-Gurion University of the Negev people

Retrieved from "https://en.wikipedia.org/w/index.php?title=Ben-Gurion_University_of_the_Negev&oldid=1001477901"
Uses material from the Wikipedia article Ben-Gurion University of the Negev, released under the CC BY-SA 3.0 license.