Americans of Brazilian birth or descent

Brazilian Americans (Portuguese: brasileiros-americanos, norte-americanos de origem brasileira or estadunidenses de origem brasileira) are Americans who are of full or partial Brazilian ancestry. They are relatively new arrivals, for the 1960 Census only counted 27,855 Brazilians. The first major wave of immigration came after 1986, when 1.4 million Brazilians emigrated to various countries. Nearly half live in New York, Massachusetts, and New Jersey, with significant populations in the south as well.

While the official United States Census category of Hispanic or Latino includes persons of South American origin, it also refers to persons of "Spanish culture," which excludes Brazilians from this definition. The majority of brazilian population in the United States also has a resistance in defining themselves in this category, with just 3% of them defining themselves as Hispanic or Latino according to Pew Research Center tabulations of the 2018 American Community Survey. In 1976, the U.S. Congress passed the only law in United States history that mandated the collection and analysis of data for a specific ethnic group: Americans of Spanish origin or descent. The language of that legislation described this group as “Americans who identify themselves as being of Spanish-speaking background and trace their origin or descent from Mexico, Puerto Rico, Cuba, Central America and South America, and other Spanish-speaking countries.” This includes 20 Spanish-speaking nations from Latin America and Spain itself, but not Portugal or Portuguese-speaking Brazil.

Other U.S. government agencies, such as the Small Business Administration and the Department of Transportation, specifically include Brazilians within their definitions of Hispanic and Latino for purposes of awarding minority preferences by defining Hispanic Americans to include persons of South American ancestry or persons who have Portuguese cultural roots.

People from what is now Brazil (from ancient João Pessoa and Recife under Dutch control in Northeast Brazil - Paraíba and Pernambuco states) are recorded among the Refugees and Settlers that arrived in New Netherland in what is now New York City in the 17th Century among the Dutch West India Company settlers. The first arrivals of Brazilian emigres were formally recorded in the 1940s. Previously, Brazilians were not identified separately from other South Americans. Of approximately 234,761 South American emigres arrived in the United States between 1820 and 1960, at least some of them were Brazilian. The 1960 United States Census report recorded 27,885 Americans of Brazilian ancestry.

From 1960 until the mid-1980s, between 1,500 and 2,300 Brazilian immigrants arrived in the United States each year. During the mid-1980s, economic crisis struck Brazil. As a result, between 1986 and 1990 approximately 1.4 million Brazilians emigrated to other parts of the world. It was not until this time that Brazilian emigration reached significant levels. Thus, between 1987 and 1991, an estimated 20,800 Brazilians arrived in the United States. A significant number of them, 8,133 Brazilians, arrived in 1991. The 1990 U.S. Census Bureau recorded that there are about 60,000 Brazilians living in the United States. However, other sources indicate that there are nearly 100,000 Brazilians living in the New York City metropolitan area (including Northern New Jersey) alone, in addition to sizable Brazilian communities in Atlanta, Boston, Philadelphia, Washington, D.C., Los Angeles, Miami, Orlando, Houston, and Phoenix.

There are many hypothesis regarding the formation of Brazilian migration to the United States. Ana Cristina Martes, a professor of sociology at Fundação Getúlio Vargas Brazil, helped explain the first few migratory trips to the U.S. which took place in Boston. She noticed a series of six events that could have led the cycle of migration:

Before the 1960s there was insignificant movement from Brazil to the United States. It was between the 1960s through 1980s that some Brazilians went to the United States as tourists to visit places such as Disney World, New York and other tourist destinations. Brazilians travelled during that time because the country was growing at an average 7% annually and projecting 4% annual increase in GDP per capita. After the 1980s, the peak of the economic cycle quickly dropped to a long lasting through. The Brazilian Federal Police reported that in the 1980s about 1.25 million people (1% of the population) emigrated to countries such as the U.S. This was the first time Brazilians emigrated in significant numbers. They wanted to stay in the States until the crisis was over. They also had some work connections and known opportunities in the East Coast, which increased facilitated the move. In 1980, there were 41,000 Brazilians and 82,000 by 1990. Neoclassical Economics Theory explains the beginning flow of migration in 1980 indicating that individuals were rational actors who looked for better opportunities away from home to improve his/her lifestyle. Since the crisis hit the Brazilian middle class hard, many chose to leave to optimize their income, find better jobs, and more stable social conditions by doing marginal benefit analysis.

There was another wave of emigration in 2002 where Brazilian Ministry of Foreign Affairs estimated that 1.96 million Brazilians had left again as the country continued to lack economic stability. This number reflected another 1% of the Brazilian population 22 years later (“Population, total”). This wave of migration was different from the one in the 1980s. As shown by Martes’ research, migration evolved even more with a creation and better establishment of social networks. When Bostonians first brought back a wave of Brazilian domestic workers, Brazilians would send information to their homes about their experiences and opportunities. This connection is what Douglas Massey defined as Social Capital Theory. Migrants create social ties in the host country facilitating the move at lower cost and creating an incentive to join their community in another country. Legal migrants who had entered the U.S. brought their immediate relatives resulting in an increase of the Brazilian immigrant population.

The figure portrays a historical pattern of Brazilians obtaining lawful permanent resident status. Each bar represents a 10-year fiscal period. The last 6 years accumulated 80,741 persons obtaining permanent status. The number of persons from 2010-2020 will more likely reflect the 10-year fiscal period from 2000-2009. However, the number of people will increase slightly at a much lower rate than from 1990-1999 to 2000-2009. Source: Yearbook of Immigration Statistics 2016.

Brazilians obtained the highest number of lawful permanent residence status between 2000 and 2009 and many were eligible to naturalize. During that time, 115,404 Brazilians received permanent status and from 2010 through 2016, already 80,741 persons had received theirs. Still, it seems as if many received status, but if you compare to the total foreign born Brazilian population, the numbers are small. In 2010 the Brazilian foreign born population was 340,000 and only 12,057 (or 4% of) persons obtained legal status. Of the 336,000 foreign born Brazilians in 2014, only 10,246 (or 3%) received permanent status in the same year. Even though few people are obtaining permanent status, there was a noticeable spike previously mentioned between 2000-2009. The increase in acceptance was due to two main factors: the 1986 Immigration Reform and Control Act and economic and political turmoil in Brazil.

The top three classes of admissions for Brazilians obtaining lawful permanent status in the U.S. in 2016 was family-sponsored, employment, and immediate relatives of U.S. citizens. Each category of admissions makes up of 4%, 25%, and 68% respectively of the total individuals.

The 2000 U.S. Census showed that 34.5 percent of Brazilians had completed four or more years of college, while the corresponding number for the general U.S. population is only 24.4 percent. However, although effectively many Brazilian immigrants in the United States are university educated, most of these immigrants fail to get well-qualified jobs and have to get lower-status jobs because the United States doesn't recognize their qualifications and also because many of them do not speak English.

Second-and third-generation Brazilian Americans tend to have better jobs; they have been educated in the United States, speak English, and have citizenship.

Although the majority of Brazilian Americans are Roman Catholic, there also significant numbers of Protestants, Mormons, Brazilian Catholics not in communion with Rome, Orthodox, Irreligious people (including atheists and agnostics), followed by minorities such as Spiritists, Buddhists, Jews and Muslims.

As with wider Brazilian culture, there is set of beliefs related through syncretism that might be described as part of a Spiritualism–Animism continuum, that includes: Spiritism (or Kardecism, a form of spiritualism that originated in France, often confused with other beliefs also called espiritismo, distinguished from them by the term espiritismo [de] mesa branca), Umbanda (a syncretic religion mixing African animist beliefs and rituals with Catholicism, Spiritism, and indigenous lore), Candomblé (a syncretic religion that originated in the Brazilian state of Bahia and that combines African animist beliefs with elements of Catholicism), and Santo Daime (created in the state of Acre in the 1930s by Mestre Irineu (also known as Raimundo Irineu Serra) it is a syncretic mix of Folk Catholicism, Kardecist Spiritism, Afro-Brazilian religions and a more recent incorporation of Indigenous American practices and rites). People who profess Spiritism make up 1.3% of the country's population, and those professing Afro-Brazilian religions make up 0.3% of the country's population.

Racial stereotype and Representation in the media

In popular use, Brazilian is often mistakenly given racial values, usually non-white and mixed race, such as half-caste or mulatto, in spite of the racial diversity of Brazilian Americans. Brazilians commonly draw ancestry from European, Indigenous populations, and African populations in different proportions; many Brazilians are largely of European ancestry, and some are predominantly of Native Brazilian Indian origin. However, most Brazilians descend at least partially from African origins as Brazil received the largest amount of African slaves and was the last to abolish slavery. Nonetheless, the majority of Brazilians are descended from an admixture of two, three or more origins, referred to as pardos. Paradoxically, it is common for them to be stereotyped as being exclusively non-white due merely to their Latin background of country of origin, regardless of whether their ancestry is European or not. On the other hand, the white Brazilian Americans who are perceived by Americans as "Brazilian" usually possess typical Mediterranean/Southern European pigmentation - olive skin, dark hair, and dark eyes - as most white Brazilian immigrants are and most white Brazilian Americans are; the same situation happens for Portuguese Americans who are perceived by Americans as such, as most Portuguese immigrants are. Because Americans associate Brazilian origin with brown skin, Hollywood typically casts Brazilian Americans with conventionally Mediterranean features as non-Brazilian white. 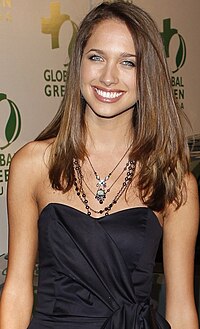 U.S. communities with high percentages of people of Brazilian ancestry 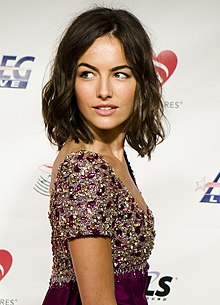 According to ePodunk, a website, the top 50 U.S. communities with the highest percentages of people claiming Brazilian ancestry are:

U.S. communities with the most residents born in Brazil 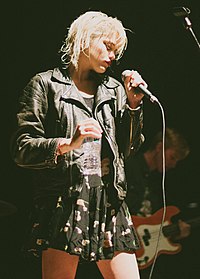 According to the social networking and information website City-Data, the top 25 U.S. communities with the highest percentage of residents born in Brazil are:

Some City-Data information contradicts official government data from the Census Bureau. It is important to be mindful that Brazilian Americans sometimes decline to identify as Latino. Therefore, the above estimates may outnumber the Census data figures for Hispanics and/or Latinos for the above Census areas.

Brazilian Americans represent a large source of remittances to Brazil. Brazil receives approximately one quarter of its remittances from the U.S. (26% in 2012), out of a total amount of $4.9 billion received in 2012.