Bring It On (film)

Bring It On is a 2000 American teen cheerleading comedy film directed by Peyton Reed and written by Jessica Bendinger. The film stars Kirsten Dunst, Eliza Dushku, Jesse Bradford, and Gabrielle Union. It was the first of the Bring It On film series and was followed by five direct-to-video sequels, none of which contain any of the original cast members: Bring It On Again (2004), which shared producers with the original, Bring It On: All or Nothing (2006), Bring It On: In It to Win It (2007), Bring It On: Fight to the Finish (2009), and Bring It On: Worldwide Cheersmack (2017). The plot of the film centers around a team's preparation for and participation in cheerleading competitions.

Bring It On was released in theaters in the North America on August 25, 2000. Bring It On earned a worldwide gross of approximately $90 million. Since its release, the film has become a cult classic.

Cheerleader Torrance Shipman is a senior at Rancho Carne High School in San Diego. Her boyfriend, Aaron, is at college, and her cheerleading squad, the Toros, is aiming for a sixth consecutive national title. Torrance is elected the next team captain, replacing her highly successful predecessor, “Big Red” after she graduates. In her first practise as captain, teammate Carver is injured and forced to sit the rest of the season out. Torrance holds auditions for a replacement and gains Missy Pantone, a skilled gymnast who transferred from Los Angeles with her twin brother, Cliff.

While watching the Toros practise, Missy accuses the team of stealing the routine from a rival squad, a plagiarism Torrance was unaware of. Missy takes Torrance to LA to watch the East Compton Clovers who perform an identical routine. Isis, the Clovers captain notices the girls and confronts them for plagiarism. They learn that Big Red regularly came to their games and videotaped the Clovers routines to be used for the Toros. The Clovers vow to beat the Toros in competition which they couldn’t afford to attend in previous years and prove that they are better cheerleaders, furthering Torrance’s’ anxiety that she is cursed after she dropped the Spirit Stick at cheer camp over the summer. Meanwhile, Torrance and Cliff begin to get to know each other and a mutual attraction grows between them as Aaron becomes more distant.

After Torrance tells the Toros about the routines, the team votes in favour of using the current routine to win; Torrance reluctantly agrees. At the Toros' next home game, Isis and her teammates perform the Toros' routine in front of the whole school, humiliating them. After advice from Aaron, Torrance recruits the team to raise money through a car wash and hire choreographer Sparky Polastri. Polastri puts the whole team on a diet and regularly belittles them, but the team learns the routine in time for competition. At Regionals, the team scheduled before the Toros performs Sparky’s routine, embarrassing the team. Torrance speaks to a competition official and learns their choreographer has provided the routine for six other teams. As the defending champions, the Toros are granted their place in Nationals in Florida, but Torrance is warned a new routine will be expected. Crushed by her failure to lead the squad successfully, Torrance considers quitting.

Aaron recommends that Torrance step down from her position as captain and give it to her team rivals, Courtney and Whitney. When Cliff sees Torrance and Aaron together, he severs his friendship with her. Torrance breaks up with Aaron and use Cliffs previous encouragement as inspiration for the team to come up with an original routine. When the Toros learn that the Clovers are unable to get the funds to pay for nationals, Torrance asks her father’s company to sponsor the team, which Isis refuses. Instead, the Clovers write to a local talk show host to get the funds needed to go to Florida. At Nationals, both the Toros and the Clovers make it to finals with Cliff making a surprise appearance in the audience to cheer the team on. Ultimately, the Clovers come out victorious with the Toros coming in at a close second. Despite their loss, the Toros and Clovers leave with a newfound respect for their opposition. As the Toros celebrate another successful season, Cliff and Torrance share a kiss.

Bring It On was produced by Marc Abraham and Thomas Bliss. It was the debut film of director Peyton Reed. The film pushed the 'sex aspects of cheerleading' without losing a PG-13 rating. Roger Ebert from the Chicago Sun-Times argued this agenda followed a trend of films at the time—dumbing-down material to avoid an R rating to increase profits.

Prior to auditioning for the film, actors were expected to have a cheer prepared. To avoid the use of stunt doubles, Reed required all the actors to participate in a four-week cheerleading camp. Reed and Gabrielle Union met numerous times to discuss the best way to approach her character. "I think she was able to find what was cool about that character, in a way, I doubt other actresses could," Reed explained in an interview, "Whenever she's on the screen she has this charisma." While editing the film, Reed and editor Larry Bock watched cheerleading exploitation films from the 1970s.

The movie clip, seen in the 'types of inspiration' montage, is from Sweet Charity.

Most of the scenes in the film were shot in different locations and high schools in San Diego County, California, as well as San Diego State University. Local high school cheer squads were used as extras. 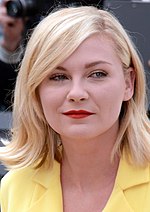 Many critics felt the film displays Dunst's range as an actress.

The film received a 63% approval rating on Rotten Tomatoes based on 120 reviews, with an average rating of 6.00/10. The site's consensus reads: "Despite the formulaic fluffy storyline, this movie is surprisingly fun to watch, mostly due to its high energy and how it humorously spoofs cheerleading." On Metacritic the film has a weighted average score of 52 out of 100, based on 31 reviews, indicating "Mixed or average reviews". Audiences surveyed by CinemaScore gave the film a grade B on scale of A to F.

A. O. Scott from The New York Times commended the film for the ability to "gesture toward serious matters of racial/economic inequality", as well as for its "occasional snarl of genuine satire". Kevin Thomas of the Los Angeles Times also favored the film, calling it a "Smart and sassy high school movie fun for all ages." Steven Rae from The Philadelphia Inquirer found it to be a "likable low-budget teen comedy". Meanwhile, Kim Morgan of The Oregonian dubbed it the "newest, and probably first, cheerleading movie."

However, some reviewers criticized the plot of the film. Although David Sterritt of The Christian Science Monitor gave praise for the writing, he likened the storyline's simplicity to "the average football cheer". Kim Edwards from the Chicago Tribune, in a negative review, found the film "Absurdly unrealistic at times." The Seattle Post-Intelligencer's Paula Nechak concluded the film was "predictable and surprisingly-confusing in its 'ultimate message'."

Many critics praised Kirsten Dunst's performance. In his review, A. O. Scott called her "a terrific comic actress, largely because of her great expressive range, and the nimbleness with which she can shift from anxiety to aggression to genuine hurt." Charles Taylor of Salon notes "among contemporary teenage actresses, Dunst is the sunniest imaginable parodist." Jessica Winter from The Village Voice shared this sentiment, commenting "[Dunst] provides the only major element of Bring It On plays as tweaking parody rather than slick, strident, body-slam churlishness." Peter Stack of the San Francisco Chronicle, despite giving the film an unfavorable review, commended Dunst for her willingness "to be as silly and cloyingly agreeable as it takes to get through a slapdash film."

The film ranked #30 on Entertainment Weekly's list of the 50 Best High School Movies. Initially unimpressed with the film and giving it 2 of 4 stars, Roger Ebert later referred to it as the "Citizen Kane of cheerleader movies."

Several of cast members from the Bring It On film franchise went on to greater fame or notoriety. Kirsten Dunst, Eliza Dushku, Gabrielle Union, Jesse Bradford, Clare Kramer, Lindsay Sloane, and several others from the original film were notable entertainers and television actors or grew into roles since their participation in the film. Felicia Day of Bring It On Again, became a respected actress in Joss Whedon's projects such as Dollhouse and Dr. Horrible's Sing-Along Blog, as well as a screenwriter for a web series called The Guild.

The only sequel to feature any of the original crew from Bring It On was 2004's Bring It On Again. It shared the producers. These producers did not return for the subsequent sequels, and none of the films share recurring cast members. Original star Eliza Dushku is quoted in interviews as never invited to participate in the sequels. Steve Rash directed two of the sequels, Alyson Fouse wrote four screenplays. Otherwise, none of the films in the Bring It On franchise share personnel.

The five films following Bring It On share tenuous links. The plot of each film typically follows the first film—a competitive cheerleading team changes routines or other elements to win.

Main article: Bring It On: The Musical

A stage version of the film premiered at the Alliance Theatre, Atlanta, Georgia on January 16, 2011. The musical has music by Lin-Manuel Miranda and Tom Kitt, lyrics by Amanda Green, and a book by Jeff Whitty. The director and choreographer is Andy Blankenbuehler. The cast includes Amanda LaVergne as Campbell, Adrienne Warren as Danielle, and Nick Blaemire as Randall, and "award-winning competitive cheerleaders from across the country".

The New York Times reviewer wrote of the Ahmanson Theatre production: "After an opening number truly-dazzles as it reveals the cast’s impressive gymnastic prowess, the score hits its stride after Campbell transfers to Jackson High. Surging R&B grooves and churning lyrics suggest the fingerprints of Mr. Miranda ... the dance numbers for the Jackson crowd kick the musical into high-gear for most of the first act.... Like most entertainments about the trials and triumphs of the teenage years, 'Bring It On' has as much sap as it does pep in its DNA, distinguished primarily by the electrifying dance routines and the elaborate cheer-squad performances."

The musical opened on Broadway at the St. James Theatre, in a limited run, starting on July 12, 2012, in previews, officially on August 1 through December 30, 2012.

Retrieved from "https://en.wikipedia.org/w/index.php?title=Bring_It_On_(film)&oldid=1008595499"
Uses material from the Wikipedia article Bring It On (film), released under the CC BY-SA 3.0 license.