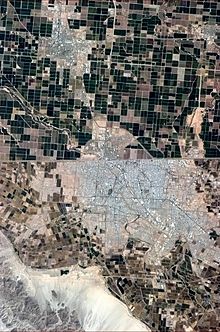 Calexico, seen from the International Space Station, is situated north of the Mexico–US border.

Calexico (/kəˈlɛksɪkoʊ/) is a city in southern Imperial County, California. Situated on the Mexico–United States border, it is linked economically with the much larger city of Mexicali, the capital of the Mexican state of Baja California. It is about 122 miles (196 km) east of San Diego and 62 miles (100 km) west of Yuma, Arizona. Calexico, along with six other incorporated Imperial County cities, forms part of the larger populated area known as the Imperial Valley.

First explored by Europeans in the 18th century, Calexico began as a small tent community which was ultimately incorporated in 1908.

The name of the city is a portmanteau of California and Mexico. The originally proposed names were Santo Tomas or Thomasville. Mexicali is a similarly named city directly across the international border from Calexico, its name being a portmanteau of the words "Mexico" and "California".

The expedition of Spanish explorer Juan Bautista de Anza traveled through the area some time between 1775 and 1776, during Spanish rule. The trail through Calexico was designated as a historical route by the State of California. 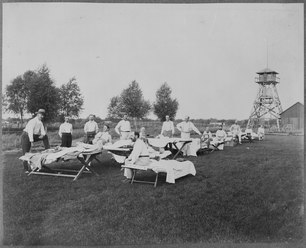 On April 4, 2010, the El Mayor earthquake caused moderate to heavy damage throughout Calexico and across the border in Mexicali. Measuring 7.2 Mw, the quake was centered about 40 miles (64 km) south of the U.S.–Mexico border near Mexicali. A state of emergency was declared and officials cordoned off First and Second streets between Paulin and Heber Avenues. Glass and debris littered the streets of downtown Calexico and two buildings partially collapsed. The Calexico water treatment plant sustained severe damage.

Calexico is served by State Routes 98, 7 and 111, with direct connection to Interstate 8 (5 miles north) and State Route 86. There are eighteen regular and irregular common carriers for intrastate and interstate truck service to Calexico.

Within city limits is Calexico International Airport, the U.S. Customs and Border Protection check-point for private passenger and air-cargo flights entering the U.S. from Mexico. Private charter services are also available there.

Bird's-eye view of Calexico during the early 20th century

Calexico has a subtropical hot-desert climate (BWh), according to the Köppen climate classification system. In December 1932, the city experienced a rare snowfall. Rainfall usually occurs in the winter months of December, January and February. Although summer is extremely dry in Calexico, there are occasional thunderstorms. In 2008, during the months of July and August there were several heavy thunderstorms that let down large amounts of rain and hail. Summer rainfall in the city is infrequent. During winter time, Calexico is sometimes affected by winter rain showers.

The summer temperatures in Calexico are very hot, with most of those days having temperatures at or above 100 °F (38 °C). However, the hot desert climate seen in Calexico is actually not unusual for similar parallels, seen in Baghdad, Iraq for example.

The area has a large amount of sunshine year round due to its stable descending air and high pressure.

The City of Calexico operates under a City Council/City Manager form of government. The City Council consists of five Council Members, elected to overlapping four-year term. The Mayor and Mayor Pro-Tem are chosen from among the five council members and rotate on an annual basis.

The Mayor presides at council meetings, where all official policies and laws of the City are enacted. The members of the Calexico City Council set policy and appoint commissions and committees that study the present and future needs of Calexico.

The other two elected officials in the City of Calexico are the City Clerk and City Treasurer. Each of them is elected directly by the voters and serves a four-year term.

The Calexico branch of the Imperial County Superior Court system was officially renamed on Saturday, December 19, 1992 in honor of Legaspi family members Henry, Victor and Luis Legaspi as the Legaspi Municipal Court Complex.

The current mayor is Lewis Pacheco, and the mayor pro tem is Jesus Eduardo Escobar. The other council members are Bill Hodge, Maritza Hurtado, and Armando G. Real.

In recent years, Calexico has overwhelmingly supported Democratic Party candidates for president. In seven of the last eight presidential elections, the Democrat has received over 70% of the vote. 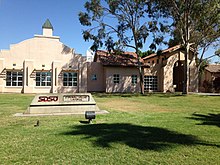 Post-secondary education is available at the Imperial Valley Campus of San Diego State University, and at Imperial Valley College (11 miles (18 km) to the north). In addition, there are more than 20 local agencies and programs providing vocational training which can be tailored to the specific needs of potential employers.

Calexico generally identifies as part of the larger Imperial Valley region, which includes the El Centro metropolitan area, as do the rest of the cities in the county. 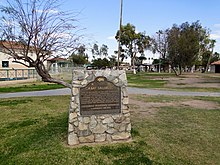 Red Ribbon Week, a national observance dedicated to spreading awareness about the prevention of drugs and violence (especially in schools) originated within the city of Calexico during the mid to late 1980s as a tribute to DEA officer Enrique "Kiki" Camarena. Red Ribbon Week campaigns were pushed forward by Nancy Reagan.