A charter school is a school that receives government funding but operates independently of the established state school system in which it is located. It is independent in the sense that it operates according to the basic principle of autonomy for accountability, that it is freed from the rules but accountable for results.

There is debate on whether charter schools ought to be described as private schools or state schools. Advocates of the charter model state that they are public schools because they are open to all students and do not charge tuition, while critics cite charter schools' private operation and loose regulations regarding public accountability and labor issues as arguments against the concept. It is also described as a form of public education that is controlled by parents and small constituencies. On the other hand, charter schools are often established, operated, and maintained by for-profit organizations.

All Australian private schools have received some federal government funding since the 1970s. Since then they have educated approximately 30% of high school students. None of them are charter schools, as all charge tuition fees.

Since 2009, the Government of Western Australia has been trialling the Independent Public School (IPS) Initiative. These public schools have greater autonomy and could be regarded as akin to 'charter' Schools (but the term is not used in Australia).

The first charter school in Bulgaria, 151 General Education School with Interest-Based Profiles, was established in 1990 in Sofia, Bulgaria.

The United Kingdom established grant-maintained schools in England and Wales in 1988. They allowed individual schools that were independent of the local school authority. When they were abolished in 1998, most turned into foundation schools, which are really under their local district authority but still have a high degree of autonomy.

Prior to the 2010 general election, there were about 200 academies (publicly funded schools with a significant degree of autonomy) in England. The Academies Act 2010 aims to vastly increase this number.

Due to Art. 7 of the Grundgesetz (German constitution), private schools may only be set up if they do not increase the segregation of pupils by their parents' income class. In return, all private schools are supported financially by government bodies, comparable to charter schools. The amount of control over school organization, curriculum etc. taken over by the state differs from state to state and from school to school. Average financial support given by government bodies was 85% of total costs in 2009. Academically, all private schools must lead their students to the ability to attain standardized, government-provided external tests such as the Abitur.

Some private schools in Hong Kong receive government subsidy under the Direct Subsidy Scheme (DSS). DSS schools are free to design their curriculum, select their own students, and charge for tuition. A number of DSS schools were formerly state schools prior to joining the scheme.

Charter schools in Ireland were set up mostly in the 1700s by the Church of Ireland to educate the poor. They were state or charity sponsored, but run by the church. The model to copy was Kilkenny College, but critics like Bernard Mandeville felt that educating too many poor children would lead them to have unrealistic expectations. Notable examples are the Collegiate School Celbridge, Midleton College, Wilson's Hospital School and The King's Hospital.

Charter schools in New Zealand, labelled as Partnership schools | kura hourua, were allowed for after an agreement between the National Party and the ACT Party following the 2011 general election. The controversial legislation passed with a five-vote majority. A small number of charter schools started in 2013 and 2014. All cater for students who have struggled in the normal state school system. Most of the students have issues with drugs, alcohol, poor attendance and achievement. Most of the students are Maori or Pacific Islander. One of the schools is set up as a military academy. One of the schools ran into major difficulties within weeks of starting. It is now being run by an executive manager from Child, Youth and Family, a government social welfare organization, together with a commissioner appointed by the Ministry of Education. 36 organizations have applied to start charter schools.

As in Sweden, the publicly funded but privately run charter schools in Norway are named friskoler and was formally instituted in 2003, but dismissed in 2007. Private schools have since medieval times been a part of the education system, and is today consisting of 63 Montessori and 32 Steiner (Waldorf) charter schools, some religious schools and 11 non-governmental funded schools like the Oslo International School, the German School Max Tau and the French School Lycée Français, a total of 195 schools.

All charter schools can have a list of admission priorities, but only the non-governmental funded schools are allowed to select their students and to make a profit. The charter schools cannot have entrance exams, and supplemental fees are very restricted. In 2013, a total of 19,105 children were enrolled in privately run schools.

The Swedish system of friskolor ("free schools") was instituted in 1992. These are publicly funded by school vouchers and can be run by not-for-profits as well as for-profit companies. The schools are restricted: for example, they are prohibited from supplementing the public funds with tuition or other fees; pupils must be admitted on a first-come, first-served basis; and entrance exams are not permitted. There are about 900 charter schools throughout the country. 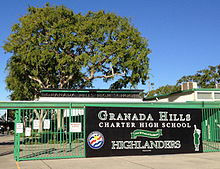 According to the Education Commission of the States, "charter schools are semi-autonomous public schools that receive public funds. They operate under a written contract with a state, district or other entity (referred to as an authorizer or sponsor). This contract – or charter – details how the school will be organized and managed, what students will be expected to achieve, and how success will be measured. Many charters are exempt from a variety of laws and regulations affecting other public schools if they continue to meet the terms of their charters." These schools, however, need to follow State-mandated curriculum and are subject to the same rules and regulations that cover it, although there is flexibility in the way it is designed. 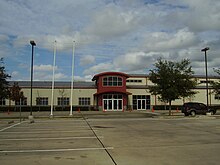 SER-Niños Charter School, a charter school in the Gulfton area of Houston, Texas

Unlike their public counterparts, laws governing charter schools vary greatly from state to state. The three states with the highest number of students enrolled in charter schools are California, Arizona, and Michigan. These differences largely relate to what types of public agencies are permitted to authorize the creation of charter schools, whether or not and through what processes private schools can convert to charter schools, and what certification, if any, charter school teachers require.

Charter schools were targeted as a major component of the No Child Left Behind Act of 2002. Specifically, the act specifies that students attending schools labeled as under-performing by state standards now have the option to transfer to a different school in the district, whether it is a state, private, or charter school. The act also suggested that if a failing school cannot show adequate yearly progress, it will be designated a charter school.

As of 2005[update] there were almost 100 charter schools in North Carolina, the limit passed by legislation in 1996. The 1996 legislation dictates that there will be no more than five charter schools operating within one school district at any given time. It was passed in order to offer parents options in regard to their children and the school they attend, with most of the cost being covered by tax revenue. After the first several years of permitting charter schools in North Carolina, the authority to grant charters shifted from local boards of education to the State Board of Education. This can also be compared with several other states that have various powers that accept charter school applications.

There is strong demand for charter schools from the private sector. Typically, charter schools operate as nonprofits. However, the buildings in which they operate are generally owned by private landlords. Accordingly, this asset class is generating interest from real-estate investors who are looking towards the development of new schools. State and local governments have also shown willingness to help with financing. Charter schools have grown in popularity over the recent past. In 2014–2015, 500 new charter schools opened in the country. As of 2015[update], 6,700 charter schools enroll approximately 2.9 million students in the United States.

Charter cyber schools operate like typical charter schools in that they are independently organized schools, but are conducted partly or entirely over the Internet. Proponents say this allows for much more flexibility compared with traditional schools.

For 2000–2001, studies estimated that there are about 45,000 online K–12 students nationally. Six years later, a study by Picciano and Seamon (2006) found that over 1 million students were involved. These numbers increased to 6.7 million students in 2013. A study by Watson, Murin, Vashaw, Gemin, and Rapp found that cyber charter schools are currently (as of 2014) operating in all 50 states and the District of Columbia.

The increase of these online campuses has aroused controversy. In November, 2015, researchers at the University of Washington, Stanford University, and the Mathematica Policy Research group published the first major study of online charter schools in the United States, the "National Study of Online Charter Schools". It found "significantly weaker academic performance" in mathematics and reading in such schools when compared to conventional ones. The study resulted from research carried out in 17 US states which had online charter schools. It concluded that keeping online pupils focused on their work was the biggest problem faced by online charter schools and that in mathematics the difference in attainment between online pupils and their conventionally-educated peers equated to the cyber pupils missing a whole academic year in school.

Four states have adopted specific legislation tailored to cyber charter schools. One example is Arizona, which has about 3,500 students in cyber schools, about half of them cyber charter schools and the other half governed by traditional, brick-and-mortar public school districts. The cyber schools teach students from kindergarten to 12th grade, and the setting varies from being entirely online in one's home to spending all of the class time in a formal school building while learning over the Internet.

Cyber charter school diplomas have been unevenly valued by post-secondary institutions. Universities sometimes apply additional requirements or have cyber-charter quotas limiting the number of applicants. The US military also classifies non-traditional diplomas at a lower tier, although as of 2012 this could be bypassed by high ASVAB test scores.

In 2014, New Orleans became the first place in the United States to establish an all-charter school district, called the Recovery School District.

A 2017 policy statement from the National Education Association expressed its strong commitment to public schools. Charter schools are funded by taxpayers so there must be the same liability, transparency, safeguards, and impartiality as public schools. 44 American states along with the District of Columbia implement legislation on state charter schools. However, many states do not compel charters to abide by open meeting statutes as well as prerequisites on conflict of interest that pertain to school districts, boards, and employees.