This article is about the municipality. For the city itself, see Cape Town.
Metropolitan municipality in Western Cape, South Africa

The City of Cape Town (Afrikaans: Stad Kaapstad; Xhosa: IsiXeko saseKapa) is the metropolitan municipality which governs the city of Cape Town, South Africa and its suburbs and exurbs.[clarification needed] As of the 2011 census, it had a population of 3,740,026.

The remote Prince Edward Islands are deemed to be part of the City of Cape Town, specifically of ward 55.

The current municipality covers Cape Point in the south-west, Somerset West in the south-east, and Atlantis in the north, and includes Robben Island.

Seats in the city council after the 2016 election.
DA
ANC
EFF
ACDP
Al Jama-ah
Others

Cape Town is governed by a 231-member city council elected in a system of mixed-member proportional representation. The city is divided into 116 wards, each of which elects a councillor by first-past-the-post voting. The remaining 115 councillors are elected from party lists so that the total number of councillors for each party is proportional to the number of votes received by that party.

The makeup of the council after the 2016 election is shown in the following table.

The speaker of the council is Dirk Smit of the Democratic Alliance.

The council is divided into 24 subcouncils which deal with local functions for between three and six wards. A subcouncil consists of the ward councillors and a similar number of proportionally-elected councillors assigned to the subcouncil. A subcounil is chaired by one of the councillors and appoints a manager to run its day-to-day business. A subcouncil does not have any inherent responsibilities in law, but it is entitled to make recommendations to the City Council about anything that affects its area. The City Council may also delegate responsibilities to the subcouncils.

The executive authority for the city is vested in an Executive Mayor who is elected by the council. The mayor appoints a mayoral committee whose members oversee various portfolios. A City Manager is appointed as the non-political head of the city's administration.

With the Democratic Alliance (DA) having won an absolute majority of council seats in the election of 3 August 2016, its mayoral candidate Patricia de Lille, who has served as mayor since 2011, was re-elected. She later resigned in October 2018 and the party designated Dan Plato to be their mayoral candidate to replace her. The current executive Deputy Mayor is Ian Neilson and served as Acting Mayor of Cape Town until Plato was elected.

The Mayoral Committee consists of 10 members who are appointed by the Executive Mayor. Each member manages a different area of the local government. The committee of Patricia de Lille disbanded when de Lille resigned. Acting Mayor Ian Neilson managed an interim committee. Plato appointed a new committee when he was sworn-in. The structure was later revised in December 2018.

The local municipality was one of the four to have passed the 2009-10 audit by the Auditor-General of South Africa, who deemed it to have a clean administration. 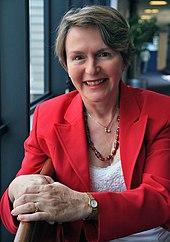 The City of Cape Town Metropolitan Municipality in its present form took shape after the 2000 municipal elections. The old Central Cape Town MLC council had been governed by the New National Party (NNP), but they were losing support to the African National Congress (ANC) and the Democratic Party (DP). Fearing further losses, the NNP agreed to contest the upcoming local election in December 2000 together with the DP by forming the Democratic Alliance (DA), with DP and NNP members running as DA candidates. The DA won Cape Town with an outright majority, and Peter Marais, also a senior member of the provincial NNP, became mayor of the unicity. However, DA leader Tony Leon's attempt to remove Marais from his position in 2001 caused the disintegration of the alliance, and NNP came to ally with the ANC. Marais was replaced as mayor by Gerald Morkel, but Morkel was himself soon ousted during the October 2002 local floor crossing period after a large number of DA councillors had defected to the NNP. Nomaindia Mfeketo of the ANC became mayor supported by an ANC-NNP coalition. In 2004, after a dismal showing in the general elections that year, the NNP prepared for dissolution and merger with the ANC, and most of its councillors joined the governing party. This gave the ANC an outright majority on the council, which lasted until the next election.

In the 2006 local government election, the DA was the largest single party, ahead of the ANC, but with no party holding a majority. The new Independent Democrats (ID) led by Patricia de Lille was in third place. The African Christian Democratic Party (ACDP) initiated negotiations with five other smaller parties who together formed a kingmaker block of fifteen councillors, collectively known as the Multi-Party Forum parties. Despite the ID voting with the ANC, Helen Zille of the DA was elected executive mayor on 15 March 2006 by a very narrow margin with the support of the Multi-Party Forum. Andrew Arnolds of the ACDP was elected executive deputy mayor and Jacob "Dirk" Smit of the Freedom Front Plus (FF+) was elected speaker. The initially fragile position of this new DA-led coalition, also known as the Multi-Party Government, was improved in January 2007 with the introduction of the ID following the expulsion of the small Africa Muslim Party for conspiring with the ANC. As a result of the ID's support, the coalition significantly increased its majority, resulting in a much more stable city government. The ID's Charlotte Williams became executive deputy mayor. However, she resigned just a few months later, and the post then went to Grant Haskin of the ACDP in late 2007. The DA would also bolster its position through by-election victories and floor crossing defections. With the ID and DA together holding a firm council majority, several of the smaller coalition partners were dropped from the city government by the time of the 2009 general elections, including the ACDP and FF+. The DA's Ian Neilson became deputy mayor, while Dirk Smit, who had defected to the DA, retained the position of speaker. Both still hold their positions. Helen Zille left the mayorship the same year to take up the position of premier of the Western Cape, and Dan Plato became mayor.

In 2010, the DA and ID formalized an agreement in which the ID would merge into the DA by 2014. This was prompted in part by the ID's disappointing result in the 2009 general election. As per the agreement, ID ceased to exist at the local level after the 2011 municipal elections with ID members running as DA candidates. DA won a large outright majority in the election, and ID leader Patricia de Lille, who had defeated Plato in an earlier internal election, became the new mayor. The party extended its lead even further to win a two-thirds majority of the seats on the City of Cape Town council in the 2016 municipal elections, and De Lille was thus sworn in to serve a second term. It was however cut short following her resignation on 31 October 2018 after an extended battle with her party over accusations of covering up corruption, accusations she strongly denied. The previous mayor Dan Plato was chosen as her successor.

The following table shows the results of the 2016 election.

The 2001 census divided the municipality into the following main places:

The City of Cape Town is also bounded by the Atlantic Ocean to the south and west.

Retrieved from "https://en.wikipedia.org/w/index.php?title=City_of_Cape_Town&oldid=1005951951"
Uses material from the Wikipedia article City of Cape Town, released under the CC BY-SA 3.0 license.