Austrian Constitutional Court (Verfassungsgerichtshof VfGH), the oldest constitutional court in the world, resided in the building of the former Böhmische Hofkanzlei (English: Bohemian Court Chancellery), Judenplatz 11 in Vienna until 2012. 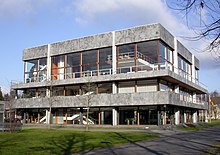 In 1919 the First Austrian Republic established the first dedicated constitutional court, the Constitutional Court of Austria, which however existed in name only until 10 October 1920, when the country's new constitution came into effect, upon which the court gained the power to review the laws of Austria's federal states. The Czechoslovakian Constitution of 1920, which came into effect on 2 February 1920, was the first to provide for a dedicated court for judicial review of parliamentary laws, but the court did not convene until November 1921. The organization and competences of both courts were influenced by constitutional theories of Hans Kelsen.

Prior to 1919, the United States, Canada and Australia had adopted the concept of judicial review by their courts following shared principles of their similar common law legal systems, which they, in turn, had inherited from British legal practice. (The United Kingdom itself does not have a codified constitution to be reviewed by such a court.) The Parthenopean Republic constitution of 1799, written by Mario Pagano, envisaged such a body ("eforato"), but lasted only 6 months. 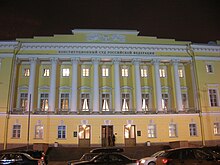 The Constitutional Court of the Russian Federation, established in 1991

Countries with separate constitutional courts include: