Edward Robinson (April 10, 1794 – January 27, 1863) was an American biblical scholar known for his magnum opus, Biblical Researches in Palestine, the first major work in Biblical Geography and Biblical Archaeology, which earned him the epithets "Father of Biblical Geography" and "Founder of Modern Palestinology."

He studied in the United States and Germany, a center of biblical scholarship and exploration of the Bible as history. He translated scriptural works from classical languages, as well as German translations. His Greek and English Lexicon of the New Testament (1836; last revision, 1850) became a standard authority in the United States, and was reprinted several times in Great Britain.

Robinson was born in Southington, Connecticut, and raised on a farm. His father was a minister in the Congregational Church of the town for four decades. The younger Robinson taught at schools in East Haven and Farmington in 1810–11 to earn money for college. He attended Hamilton College, in Clinton, New York, where his maternal uncle, Seth Norton, was a professor. He graduated in 1816.

In 1821 he went to Andover, Massachusetts, where he published his translation of books i–ix, xviii and xix of the Iliad. There he aided Moses Stuart in the preparation of the second edition (1823) of the latter's Hebrew Grammar. He translated into English (1825) Wahl's Clavis Philologica Novi Testamenti.

Robinson went to Europe to study ancient languages, largely in Halle and Berlin (1826–30). While in Halle, in 1828 he married the German writer Therese Albertine Luise. After the couple returned to the United States, Robinson was appointed professor extraordinary of sacred literature at Andover Theological Seminary (1830–33).

Illness caused him to move to New York City. He was appointed as professor of biblical literature at Union Theological Seminary, serving from 1837 until his death. 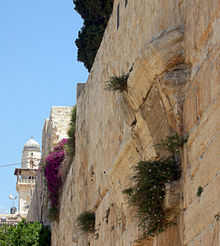 Robinson's arch, on the south-western flank of the Temple Mount, once supported a staircase which led to the temple.

In 1836 Robinson published both a translation of Wilhelm Gesenius' Hebrew Lexicon and a Greek New Testament Lexicon.

Robinson traveled to Palestine in 1838 in the company of Rev. Eli Smith. He published Biblical Researches in Palestine in 1841, for which he was awarded the Gold Medal of the Royal Geographical Society in 1842. He was elected a Fellow of the American Academy of Arts and Sciences in 1847.

Robinson, together with Smith, made scores of identifications of ancient places referred to the Bible. His work established his enduring reputation as a "Founder" of Biblical archeology, and influenced much of future archaeological field work. Examples of his finds in Jerusalem include the Siloam tunnel and Robinson's Arch in the Old City; the latter was named in his honor.

The two men returned to Ottoman Palestine in 1852 for further investigations. In 1856 the enlarged edition of Biblical Researches was published simultaneously in English and German. Among those who later acknowledged Robinson’s stature, in 1941 G. Ernest Wright, reviewing the pioneering survey contained in Nelson Glueck's The Other Side of the Jordan, makes a just comparison and fitting testimonial: "Glueck's explorations are second to none, unless it is those of Edward Robinson."