Eleanora Atherton (14 February 1782 – 12 September 1870) was an English philanthropist. She is best known for her work in Manchester, England. At the time of her death in 1870, she was one of the richest women in the nineteenth century.

Atherton inherited her wealth from several family members. She lived half the year at the Byrom family home at 23 Quay Street in Manchester and half at the family's country home Kersal Cell in Kersal. 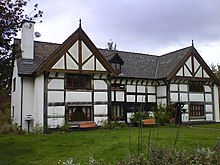 Atherton also owned land in London, Cheshire, Lancashire, and Jamaica. The land that Atherton, along with her younger sister Lucy Willis, inherited in Jamaica from their uncle, William Atherton of Jamaica, included slaves.

During her lifetime, Atherton is estimated to have annually donated several thousands of pounds to charities in and around Manchester every year. She is thought to have given away a total of around £100,000 between 1838 and 1870. The charities that she donated money to usually concerned religion, children, the sick or the elderly.

As well as religious buildings, she also donated funds to various medical buildings in Manchester including St Mary's Hospital, Manchester Royal Eye Hospital and institutions which helped people who were terminally ill.

Atherton died on 12 September 1870 in her home in Quay Street where she had been confined for three years. She was buried in St Paul's Church in Kersal, one of the churches which she had funded. She died one of the richest women in the nineteenth century having left £400,000.