The Grammy Award for Best New Artist has been awarded since 1959. Years reflect the year in which the Grammy Awards were handed out, for records released in the previous year. The award was not presented in 1967. The official guidelines are as follows: "For a new artist who releases, during the Eligibility Year, the first recording which establishes the public identity of that artist." Note that this is not necessarily the first album released by an artist.

It is sometimes asserted, with varying degrees of sincerity, that winning the award is a curse, as several award winners (particularly from the late 1970s and early 1980s) were never able to duplicate the success they experienced in their debut year. This viewpoint was expressed by former Starland Vocal Band member Taffy Danoff in a 2002 interview for VH1's 100 Greatest One Hit Wonders: "We got two of the five Grammys – one was Best New Artist. So that was basically the kiss of death and I feel sorry for everyone who's gotten it since."

The category is also notable for being the only one of its kind in which a Grammy Award was vacated. This occurred in 1990 after it was revealed winners Milli Vanilli did not contribute their own vocals on their debut album. The award was revoked but was not handed out to another artist.

Of the 54 awards presented in the category since its inception, the honor has been presented to 26 solo female artists, 18 duos or groups, and 11 solo male artists. Between 1997 and 2003, all the winners were solo female artists. Also, from 1993 to 2005, no winner was a solo male artist. In 2006, John Legend broke this trend, which started after Marc Cohn in 1992. Only five artists have won both Best New Artist and Album of the Year in the same year: Bob Newhart in 1961, Christopher Cross in 1981, Lauryn Hill in 1999, Norah Jones in 2003, and Billie Eilish in 2020. Of these, Cross, Jones, and Eilish had songs winning Record of the Year and Song of the Year for the same year, with Cross as the sole songwriter, Eilish as co-writer, and Jones lacking songwriting credit, which therefore made her miss out on completing the single year big four Grammy achievement, a feat that only Cross and Eilish attained. Only two artists have lost Best New Artist yet won Album of the Year in the same year: Vaughn Meader in 1963 and Alanis Morissette in 1996.

Of all the winners, only one (Esperanza Spalding) has been a jazz artist and only three have been country artists. In 1997, LeAnn Rimes became the first country artist and (at age 14) the youngest artist to win the award. She was followed by Carrie Underwood in 2007 and Zac Brown Band in 2010. Additionally, 2017 marked the first time that two country artists were nominated in this category in the same year, in which Maren Morris and Kelsea Ballerini were both nominated. In 2018, Alessia Cara became the first Canadian artist to ever win the award, and the only woman to win a major category that year. In 2020, Rosalía became the first all Spanish-language artist to be nominated. 2021 marked the first time that multiple female rappers were nominated in the same year, when Chika, Doja Cat and Megan Thee Stallion were all nominated.

1984 marked the first time that all of the nominees were from outside the United States (Winner Culture Club, Eurythmics, and Musical Youth were from England, Big Country was from Scotland, and Men Without Hats were from Canada).

Members of the National Academy of Recording Arts and Sciences nominate their choices for the best new artist. A list of the top twenty artists is given to the Nominations Review Committee, a specially selected group of anonymous members, who initially selected the top five artists to gain a nomination in the category in a special ballot; the number of nominated artists was increased to eight in 2018. The rest of the members then vote on a winner from the final nominees.

Over the years, the eligibility rules for this category have changed several times. In 2010, Lady Gaga's exclusion from the Best New Artist category caused the Recording Academy to change eligibility requirements for the next ceremony. She was ineligible for the nomination because her hit "Just Dance" had been nominated in 2008. The new rule stated that an artist can be nominated as long as that artist has not previously released an entire album and has subsequently not won a Grammy. In June 2016, the Grammy organization amended the Best New Artist rules once again, to remove the album barrier “given current trends in how new music and developing artists are released and promoted”. To be eligible in the category of Best New Artist, the artist, duo, or group:

These new rules were put on effect starting with the 59th Annual Grammy Awards. The category was expanded to include eight nominees in 2019. From 2021, the screening committees will be charged with determining whether the artist had attained a breakthrough or prominence prior to the eligibility year. Such a determination would result in disqualification. 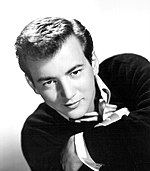 Inaugural winner, Bobby Darin went on to score 22 top 40 hits in America, including five top three hits and a number one song. 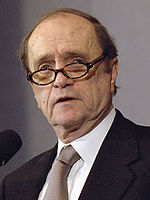 Bob Newhart (seen here in 2002) won the Grammy for his work as a comedian. The same year he also won the Album of the Year award. 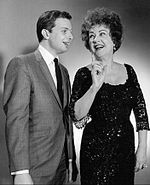 Peter Nero (left) was the first Jazz musician to win the award.

The Swingle Singers were the first group and Foreign act to win the Award and are still active today. The Beatles (Members John Lennon, Paul McCartney, Ringo Starr, and George Harrison, clockwise from top left), would go on to become the best selling band of all time.

Bobbie Gentry became the first woman to win the award in 1968. 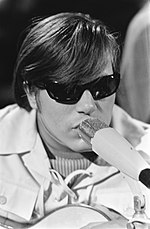 José Feliciano is the first Hispanic and blind artist to win the award. 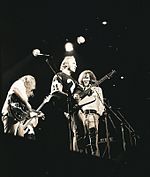 Crosby, Stills, Nash & Young's music unerringly reflected the tastes and viewpoints of the counterculture in the late 1960s and early 1970s. 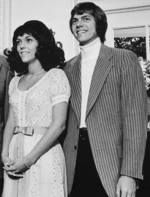 The Carpenters members Karen Carpenter and Richard Carpenter became the first duo to win the award in 1971. 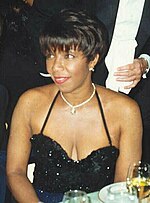 Natalie Cole became the first African-American to win the award in 1976.

Christopher Cross is the first "Best New Artist" winner to win this award as well as Album of the Year, Record of the Year, and Song of the Year all in one night. 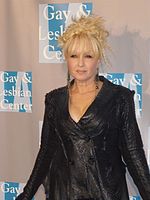 Cyndi Lauper is one of the few winners who are close to being an EGOT.

Mariah Carey's win in 1991 is one of her few wins at the Grammys, despite over 30 nominations. 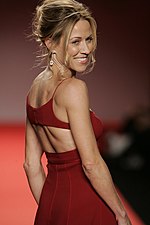 Sheryl Crow won two other awards at the same ceremony, including Record of the Year. 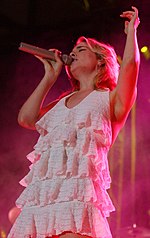 At the age of 14, LeAnn Rimes is the youngest artist to win the award.

Lauryn Hill was the first woman to win for a hip hop record.

^[I] Each year is linked to the article about the Grammy Awards held that year.
^[II] Award for Best New Artist was not presented during the 9th Grammy Awards.
^[III] Milli Vanilli were originally presented with the award, but were later stripped of it after it was discovered that they did not perform their own vocals on their debut album. The award was revoked, but was not handed out to another artist, therefore rendering the 1990 recipient vacant.