The Grammy Award for Best Melodic Rap Performance (awarded as Best Rap/Sung Collaboration until 2017, and Best Rap/Sung Performance from 2018-2020) is an honor presented at the Grammy Awards, a ceremony that was established in 1958 and originally called the Gramophone Awards, to recording artists for quality songs on which rappers and singers collaborate. Honors in several categories are presented at the ceremony annually by the National Academy of Recording Arts and Sciences of the United States to "honor artistic achievement, technical proficiency and overall excellence in the recording industry, without regard to album sales or chart position".

The name and definition of the category were changed in June 2020, with immediate effect, to represent the inclusivity of the growing hybrid performance trends within the rap genre. According to the Recording Academy, "This category is intended to recognize solo and collaborative performances containing elements of rap and melody over modern production. This performance requires a strong and clear presence of melody combined with rap cadence, and is inclusive of dialects, lyrics or performance elements from non-rap genres including R&B, rock, country, electronic or more. The production may include traditional elements of rap or elements characteristic of the aforementioned non-rap genres."

The award goes to the artist(s). The producer, engineer and songwriter can apply for a Winners Certificate

Americans Eve and Gwen Stefani won the first award in 2002 with "Let Me Blow Ya Mind". The pair were unsuccessfully nominated a second time in 2006 for "Rich Girl". American rapper Jay-Z has received seven Grammys in the category— four times as lead artist and three times as featured artist; he has also been nominated for three other songs. Rihanna is the female artist with the most wins in the category, with five wins out of nine total nominations. 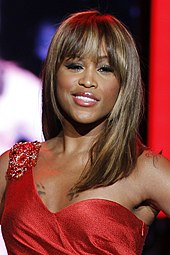 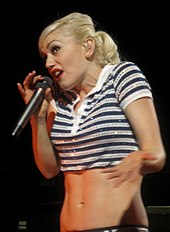 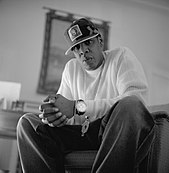 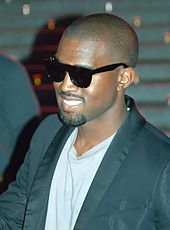 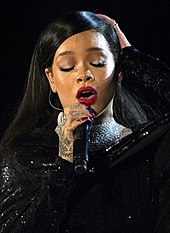