French art school
Not to be confused with Institut Français.

The Institute, located in Paris, manages approximately 1,000 foundations, as well as museums and châteaux open for visit. It also awards prizes and subsidies, which amounted to a total of over €27 million per year in 2017. Most of these prizes are awarded by the Institute on the recommendation of the académies. 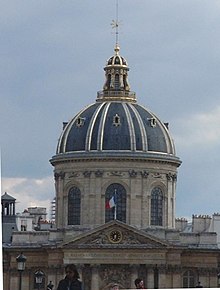 Cupola of the Institut de France 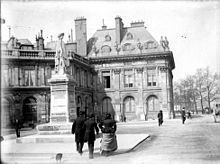 Esplanade in front of the Institut, 1898

The building was originally constructed as the Collège des Quatre-Nations by Cardinal Mazarin, as a school for students from new provinces attached to France under Louis XIV. The inscription over the façade reads "JUL. MAZARIN S.R.E. CARD BASILICAM ET GYMNAS F.C.A M.D.C.LXI", attesting that Mazarin ordered its construction in 1661.

The Institut de France was established on 25 October 1795, by the French government.

In 2017, Xavier Darcos was named the Institut de France's chancellor.