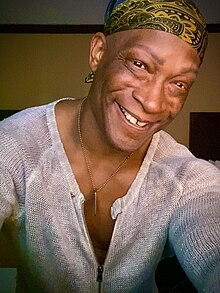 Jackie Summers is an American microdistiller, writer and CEO. In 2011, he became the first Black person in the United States to be granted a license to make liquor.

Summers is of Caribbean descent. His grandparents immigrated to the United States from Barbados in the 1920s. According to Summers, "when I was growing up, there was always a pitcher of sorrel, a type of hibiscus tea, in the kitchen. After the kids were in bed, the adults would put a splash of rum in it".

Summers worked in magazine publishing. In 2010, after a cancer scare, he decided he wanted to pursue his "lifelong dream of day-drinking professionally". He had been making for family and friends his version of a Caribbean liqueur, sorrel, which is typically homebrewed from roselle, a type of hibiscus. The following year, he became the first Black person in the United States to be granted a license to make liquor. He resigned from his corporate job and started the brand Jack from Brooklyn, a nickname of his, to make Sorel Liqueur. The distillery is located in Red Hook, Brooklyn, New York City.

Summers' sorrel liqueur is a "deep red" color and is made in small batches and besides hibiscus is also flavored with cloves, cassia, nutmeg and ginger. As of 2015, it was the only brand of sorrel liqueur being marketed in the US and was the brand's only product. In 2015, the brand partnered with Mahalo Spirits Group to allow Sorel to be distributed nationwide.

In April 2020, during the coronavirus pandemic, he and Daniella Veras launched a Virtual Happy Hour on Zoom that became popular.