This article is about the English artist and writer. For other uses, see John Berger (disambiguation).
British painter, writer and art critic

John Peter Berger (/ˈbɜːrdʒər/; 5 November 1926 – 2 January 2017) was an English art critic, novelist, painter and poet. His novel G. won the 1972 Booker Prize, and his essay on art criticism Ways of Seeing, written as an accompaniment to the BBC series of the same name, is often used as a university text. He lived in France for over fifty years.

Berger was born on 5 November 1926 in Stoke Newington, London, the first of two children of Miriam and Stanley Berger.

His grandfather was from Trieste, Italy, and his father, Stanley, raised as a non-observant Jew who converted to Catholicism, had been an infantry officer on the Western Front during the First World War and was awarded the Military Cross and an OBE. Berger was educated at St Edward's School, Oxford. He served in the British Army during the Second World War from 1944 to 1946. He enrolled at the Chelsea School of Art and the Central School of Art and Design in London.

Berger began his career as a painter and exhibited works at a number of London galleries in the late 1940s. His art has been shown at the Wildenstein, Redfern and Leicester Galleries in London.

Berger taught drawing at St Mary's teacher training college. He later became an art critic, publishing many essays and reviews in the New Statesman. His Marxist humanism and his strongly stated opinions on modern art combined to make him a controversial figure early in his career. As a statement of political commitment, he titled an early collection of essays Permanent Red.

Berger was never a formal member of the Communist Party of Great Britain (CPGB): rather he was a close associate of it and its front, the Artists’ International Association (AIA), until the latter disappeared in 1953. He was active in the Geneva Club, a discussion group that appears to have overlapped with British communist circles in the 1950s.

In 1958, Berger published his first novel, A Painter of Our Time, which tells the story of the disappearance of Janos Lavin, a fictional exiled Hungarian painter, and his diary's discovery by an art critic friend called John. The work was withdrawn by the publisher under pressure from the Congress for Cultural Freedom a month after its publication. His next novels were The Foot of Clive and Corker's Freedom; both of which presented an urban English life of alienation and melancholy. Berger moved to Quincy in the Haute-Savoie, France, in 1962 due to his distaste for life in Britain.

In 1972, the BBC broadcast his four-part television series Ways of Seeing and published its companion text, a book of the same name. The first episode functions as an introduction to the study of images; it was derived in part from Walter Benjamin's essay "The Work of Art in the Age of Mechanical Reproduction". The subsequent episodes concern the image of woman as sexualized object in Western culture, expressions of property ownership and wealth in European oil painting, and modern advertising. The series, the first of several close collaborations with director Mike Dibb, has had a lasting influence, and in particular introduced the concept of the male gaze, as part of his analysis of the treatment of the nude in European painting. It soon became popular among feminists, including the British film critic Laura Mulvey, who used it to critique traditional media representations of the female character in cinema. 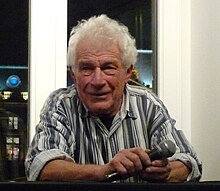 Berger's novel G., a picaresque romance set in Europe in 1898, won the James Tait Black Memorial Prize and the Booker Prize in 1972. Berger donated half the Booker cash prize to the British Black Panthers, and retained half to support his work on the study on migrant workers that became A Seventh Man, asserting that both endeavors represented aspects of his political struggle.

Berger's sociological writings include A Fortunate Man: The Story of a Country Doctor (1967) and A Seventh Man: Migrant Workers in Europe (1975). Berger and photographer Jean Mohr, his frequent collaborator, sought to document and understand the experiences of peasants. Their subsequent book, Another Way of Telling, discusses and illustrates their documentary technique and treats the theory of photography through Berger's essays and Mohr's photographs. His studies of individual artists include The Success and Failure of Picasso (1965), a survey of that modernist's career, and Art and Revolution: Ernst Neizvestny, Endurance, and the Role of the Artist in the USSR (1969).

In the 1970s, Berger collaborated on three films with the Swiss director Alain Tanner: He wrote or co-wrote La Salamandre (1971), The Middle of the World (1974), and Jonah Who Will Be 25 in the Year 2000 (1976). His major fictional work of the 1980s, the trilogy Into Their Labours (consisting of the novels Pig Earth, Once in Europa, and Lilac and Flag), treats the European peasant experience from its farming roots to contemporary economic and political displacement and urban poverty. In 1974, Berger co-founded the Writers and Readers Publishing Cooperative Ltd in London with Arnold Wesker, Lisa Appignanesi, Richard Appignanesi, Chris Searle, Glenn Thompson, Siân Williams, and others. The cooperative was active until the early 1980s.

In later essays, Berger wrote about photography, art, politics, and memory. He published in The Shape of a Pocket a correspondence with Subcomandante Marcos, and penned short stories that appeared in The Threepenny Review and The New Yorker. His sole volume of poetry is Pages of the Wound, though other volumes, such as the theoretical essay And Our Faces, My Heart, Brief as Photos contain poetry. His later novels include To the Wedding, a love story dealing with the AIDS crisis, and King: A Street Story, a novel about homelessness and shantytown life told from the perspective of a stray dog. Initially, Berger insisted that his name be kept off the cover and title page of King, wanting the novel to be received on its own merits.

Berger's 1980 volume About Looking includes an influential chapter, "Why Look at Animals?" It is cited by numerous scholars in the interdisciplinary field of animal studies. The chapter was later reproduced in a Penguin Great Ideas selection of essays of the same title.

Berger's novel From A to X was long-listed for the 2008 Booker Prize; Bento's Sketchbook (2011) has been described as "a characteristically sui generis work combining an engagement with the thought of the 17th-century lens grinder, draughtsman, and philosopher Baruch Spinoza, with a study of drawing and a series of semi-autobiographical sketches". Among his last works is Confabulations (essays, 2016).

He was a member of the Support Committee of the Russell Tribunal on Palestine.

Berger married three times, first to artist and illustrator Patt Marriott in 1949; the marriage was childless and the couple divorced. In the mid-1950s, he married the Russian Anya Bostock (née Anna Sisserman), with whom he had two children, Katya Berger and Jacob Berger; the couple divorced in the mid-1970s. Soon afterwards, he married Beverly Bancroft, with whom he had one child, Yves. Beverly died in 2013.

In July 2009 Berger donated his archive of 369 files, 9 boxes and 1 book to the British Library. The contents include literary manuscripts, drafts, unpublished material and correspondence.