Alcoholic beverage
Not to be confused with Liquor. 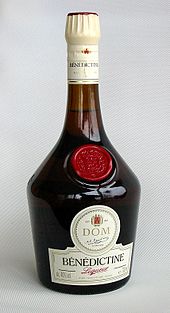 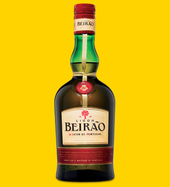 A liqueur (US: /lɪˈkɜːr/; UK: /lɪˈkjʊər/; French: [likœʁ]) is an alcoholic drink composed of distilled spirits and additional flavorings such as sugar, fruits, herbs, and spices. Often served with or after dessert, they are typically heavily sweetened and un-aged beyond a resting period during production, when necessary, for their flavors to mingle.

Liqueurs are historical descendants of herbal medicines. They were made in Italy as early as the 13th century, often prepared by monks (for example, Chartreuse). Today they are produced the world over, commonly served neat, over ice, with coffee, in cocktails, and used in cooking.

The French word liqueur is derived from the Latin liquifacere, which means "to dissolve".

In some parts of the United States and Canada, liqueurs may be referred to as cordials, or schnapps. This can cause confusion as in the United Kingdom a cordial would refer to a non-alcoholic concentrated fruit syrup, typically diluted to taste and consumed as a non-carbonated soft drink. Schnapps, on the other hand, can refer to any distilled beverage in Germany and aquavit in Scandinavian countries.

In the United States and Canada, where spirits are often called "liquor" (/ˈlɪkər/), there is often confusion discerning between liqueurs and liquors, due to the many different types of flavored spirits that are available today (e.g., flavored vodka). Liqueurs generally contain a lower alcohol content (15–30% ABV) than spirits and it has sweetener mixed, while some can have an ABV as high as 55%.

Under the Food and Drug Regulations (C.R.C., c. 870), liqueurs are produced from mixing alcohol with plant materials. These materials include juices or extracts from fruits, flowers, leaves or other plant materials. The extracts are obtained by soaking, filtering or softening the plant substances. A sweetening agent should be added in an amount that is at least 2.5 percent of the finished liqueur. The alcohol percentage shall be at least 23%. It may also contain natural or artificial flavoring and color.

The Alcohol and Tobacco Tax and Trade Bureau regulates liqueurs similarly to Canada, requiring that alcohol be mixed with plant products and sweeteners be added to at least 2.5% by weight.

Some liqueurs are prepared by infusing certain woods, fruits, or flowers in either water or alcohol and adding sugar or other items. Others are distilled from aromatic or flavoring agents.

Anise and Rakı liqueurs have the property of turning from transparent to cloudy when added to water: the oil of anise remains in solution in the presence of a high concentration of alcohol, but crystallizes when the alcohol concentration is reduced; this is known as the ouzo effect.

Liqueurs are sometimes mixed into cocktails to provide flavor.

Layered drinks are made by floating different-colored liqueurs in separate layers. Each liqueur is poured slowly into a glass over the back of a spoon or down a glass rod, so that the liquids of different densities remain unmixed, creating a striped effect.

Retrieved from "https://en.wikipedia.org/w/index.php?title=Liqueur&oldid=1010511355"
Uses material from the Wikipedia article Liqueur, released under the CC BY-SA 3.0 license.