"Mausolea" redirects here. For the genus of flowering plants, see Mausolea (plant).
Monument enclosing the interment space or burial chamber of a deceased person or people 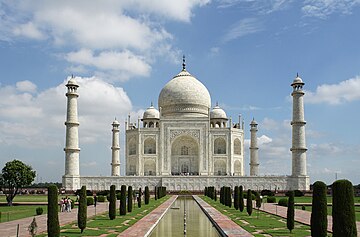 The word mausoleum derives from the Mausoleum at Halicarnassus (near modern-day Bodrum in Turkey), the grave of King Mausolus, the Persian satrap of Caria, whose large tomb was one of the Seven Wonders of the Ancient World.

Historically, mausolea were, and still may be, large and impressive constructions for a deceased leader or other person of importance. However, smaller mausolea soon became popular with the gentry and nobility in many countries. In the Roman Empire, these were often in necropoles or along roadsides: the via Appia Antica retains the ruins of many private mausolea for miles outside Rome. When Christianity became dominant, mausolea were out of use.

Later, mausolea became particularly popular in Europe and its colonies during the early modern and modern periods. A single mausoleum may be permanently sealed. A mausoleum encloses a burial chamber either wholly above ground or within a burial vault below the superstructure. This contains the body or bodies, probably within sarcophagi or interment niches. Modern mausolea may also act as columbaria (a type of mausoleum for cremated remains) with additional cinerary urn niches. Mausolea may be located in a cemetery, a churchyard or on private land.

In the United States, the term may be used for a burial vault below a larger facility, such as a church. The Cathedral of Our Lady of the Angels in Los Angeles, California, for example, has 6,000 sepulchral and cinerary urn spaces for interments in the lower level of the building. It is known as the "crypt mausoleum". In Europe, these underground vaults are sometimes called crypts or catacombs.

The entrance to Higashi Otani Mausoleum in Kyoto, Japan 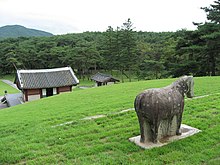 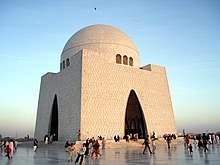 The exterior view of the Mausoleum of Emperor Jahangir, located in Punjab, Pakistan

The interior of the Spring Valley Mausoleum in Minnesota, listed on the National Register of Historic Places 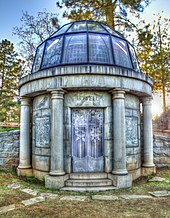 Percival Lowell - Mausoleum 2013 at the Lowell Observatory in Flagstaff, Arizona

The Khazneh at Petra is believed to be Nabataean King Aretas IV's mausoleum.

Anıtkabir, the mausoleum of Mustafa Kemal Atatürk in Ankara, Turkey

The mausoleum of Imam Husayn Shrine in Karbala, Iraq 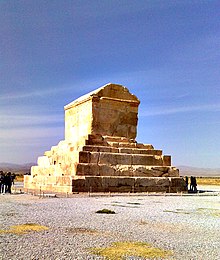 Mausoleum of Cyrus the Great in Pasargadae, Iran 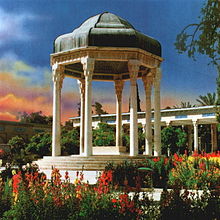 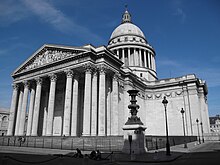 The Panthéon in Paris, France 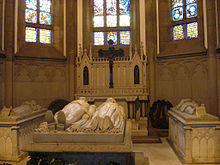 The mausoleum of Emperor Pedro II of Brazil and his family in the Cathedral of São Pedro de Alcântara in Petrópolis, Brazil

Retrieved from "https://en.wikipedia.org/w/index.php?title=Mausoleum&oldid=1007886801"
Uses material from the Wikipedia article Mausoleum, released under the CC BY-SA 3.0 license.