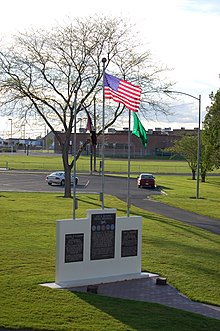 Moses Lake, on which the city lies, is made up of three main arms over 18 miles (29 km) long and up to one mile (1.6 km) wide. It is the largest natural body of fresh water in Grant County and has over 120 miles (190 km) of shoreline covering 6,500 acres (2,600 ha). Before it was dammed in the early 1900s and then incorporated into the Columbia Basin Project, Moses Lake was a smaller shallow lake. To the south of the town is the Potholes Reservoir and the Columbia National Wildlife Refuge that has a number of seep lakes and vast amounts of migratory birds and other fauna natural to the area.

Before the construction of Grand Coulee Dam on the Columbia River in 1941 and Moses Lake Army Air Base in 1942 the area was largely barren. Native Americans knew the area as Houaph, which meant willow. Chief Moses was leader of the Sinkiuse tribe from 1859 to 1899, and was forced to negotiate with white settlers who began to settle in the area in the 1880s. Under pressure from the government, Chief Moses traded the Columbia Basin land for a reservation that stretched from Lake Chelan north to the Canada–US border. The government later traded again for what is now the Colville Indian Reservation.

The new settlers named the lake in honor of Chief Moses. The city was originally named Neppel, after a town in Germany where one of the original settlers had lived. The first settlers established fisheries and farms — some of the first exported items were carp, jackrabbits and fruit — but irrigation attempts failed and settlers left at about the same rate as they came. When the town was incorporated and renamed Moses Lake in 1938, the population was estimated at 302 people.

The arrival of the air base in 1942 and irrigation water pumped from Grand Coulee Dam in 1955 offered newcomers a reason and a way to settle in an area that previously had little to offer other than good fishing and a place to water sheep and cattle. Moses Lake was quickly transformed into a hub for a vast region where transportation, agriculture and recreation came together.

The air base was built to train World War II pilots to fly the P-38 Lightning and B-17 Flying Fortress, two planes that were essential to the war effort. The base was closed after the war ended, but reopened in 1948 as a U.S. Air Force base and test area for Boeing's B-47 Stratojet and B-50 Superfortress.

The B-47 tests led to development of modern commercial jetliners still used today. Fighter jets were stationed there to protect Grand Coulee Dam to the north and the Hanford site to the south. Boeing still uses the airport as a test and evaluation facility for its aircraft. Japan Airlines used the airport as a training area from November 1968 until March 2009. The old air base is now owned by the Port of Moses Lake and is home to Grant County International Airport, Big Bend Community College and several businesses.

Farmers, meanwhile, had developed new methods to irrigate water from the lake and from the Columbia River and began planting expansive irrigated acreage. When the Columbia Basin Project was completed in the mid-1950s, farms expanded by thousands of acres, growing potatoes, corn, onions, carrots and sugar beets. 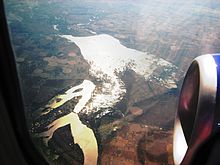 The annual average precipitation at Moses Lake is 7.69 inches (195 mm). Although rainfall is fairly evenly distributed throughout the year, it is not unusual in mid-summer for a month or six weeks to pass without any measurable rainfall. The wettest month is December with an average rainfall of 1.19 inch (30 mm).

Moses Lake's historic economic base has been agriculture, but now includes considerable manufacturing and technology. Several companies have moved to the area, including REC Silicon (one of the world's largest manufacturers of polysilicon, used in solar panels). Moses Lake has also attracted some alternative fuel companies, such as Washington Ethanol & Washington Biodiesel.

BMW, in partnership with the SGL Group, began construction in July 2010 on a $100 million carbon-fiber manufacturing plant. The plant was designed to produce 300 tons of carbon fiber per year from a single production building, and began operations in 2011. In 2013, ground was broken for a second 300-ton building, bringing projected production to 600 tons per year. In 2014, a third 300-ton building was started. When the third building is completed, SGL Moses Lake will be the largest producer of carbon fiber in the world. Mitsubishi in 2016 announced that the company would use the port of Moses Lake for its new regional jet (MRJ) FAA flight testing. The testing will be completed by the end of 2018. Other major corporations that have facilities in (or are based in) Moses Lake include:

The Columbia Basin Railroad is headquartered in Moses Lake and operates the city's railroad. It is the busiest shortline railroad in Eastern Washington.

During the 1990s, a high-speed rail line between Seattle and Moses Lake was proposed, primarily to use Grant County International Airport as a satellite airport for the Seattle metropolitan area.

Moses Lake and Grant County are served by the Grant Transit Authority, which runs several bus routes within the city and intercity bus service to nearby Ephrata and other towns.

Larson Air Force Base, five miles from the city of Moses Lake, originally was named Moses Lake Army Air Base. It was activated on 24 November 1942 as a World War II training center. Major Donald A. Larson, for whom the base was later renamed, was from Yakima, Washington.

The Secretary of Defense announced on November 19, 1965 that Larson was to be closed by June of the following year. Larson Air Force Base, since renamed Grant County International Airport, is now a world-class heavy jet training and testing facility used by the Boeing Company, the U.S. Military and NASA. The airport had hosted Japan's national carrier, Japan Airlines from 1968 to 2008 for the training of its pilots, co-pilots, and flight engineers due to lack of runway space at airports in Japan to do touch and goes with jumbo jets. Columbia Pacific Aviation now handles charter passenger service to and from Moses Lake. With 4,700 acres (1,900 ha) and a main runway 13,500 feet (4,110 m) long, it is one of the largest airports in the United States.

Moses Lake is also served by the much smaller municipal airport, which has one runway. 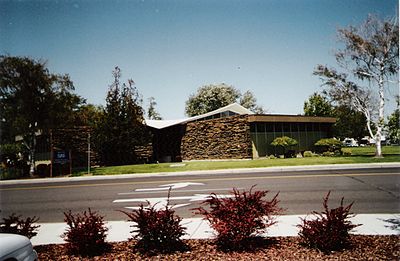 Moses Lake has one sister city, according to the Washington State Lt. Governor's list of Washington Sister Cities:

Moses Lake has a long history with its sister city; Yonezawa, Japan. On August 7, 1978, the Mayor of Moses Lake, Don Swanson, wrote a letter to Mayor Toshihide Cho of Yonezawa City inviting Yonezawa to become a “Sister City” to Moses Lake. The 1981 group to visit Yonezawa City in May became the “Official Delegation” since it was during this visit that the “Sister City Agreement” between Yonezawa City and Moses Lake was signed by Mayor Bob Hill and Mayor Toshihide Cho on May 1, 1981. As part of the program, a small group of high school students from both cities are invited to take part in a cultural exchange. Since its inception, over 200 students and their family members from these two communities have taken part in this exchange. The two cities continue to exchange students every summer since 1981 and will mark their 40th anniversary of this program on May 1, 2021.

There is a street named after Yonezawa in Moses Lake and a street named after Moses Lake in Yonezawa. The large hawk statue located on the west end of Yonezawa Boulevard is called an Otaka Poppo. These wood carvings, known as sasano bori, are special wood carvings unique to Yonezawa. These wooden dolls have been given as gifts to Moses lake residents can be found on display around the city and at Big Bend Community College. Japanese lanterns, some which are gifts from citizens of Yonezawa, can be found around Moses Lake on Yonezawa Boulevard and inside the Japanese Garden.