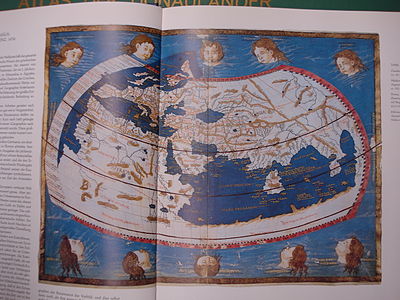 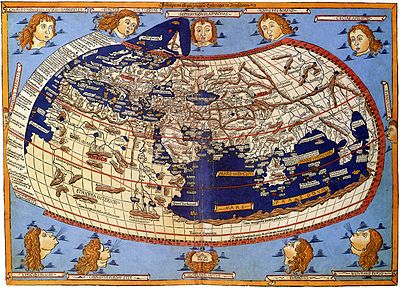 Nicolaus Germanus is the Latin form of the name "Nicholas the German". His exact name is unknown, although it is often given with Donis, Donnus, Donmus, or Donus. These are not, however, names but abbreviated forms of the Latin title "Lord" (Dominus).

The exact dates of his birth and death are not known. He is sometimes referred to as a Humanist monk of the Benedictine order possibly from Reichenbach Priory (now in Baden-Württemberg). His manuscript edition of Ptolemy was ready by around 1468, but not published until 1482.

In 1477, two years after the opening of the Vatican Library, Nicolaus Germanus created a globe each for earth and sky, for which he was paid 200 ducats on 11 December 1477 according to a receipt. An additional three ducats were paid the next day for the adding of the papal coat of arms, and four more on 20 December for two covers. The globes are listed in an inventory of 1481. The marchesa of Mantua, Isabella, asked for copies in 1505. The globes were kept in Salle Pontifica (Magna Secreta) until they were lost in the 1527 Sack of Rome. The earth globe of Nicolaus Germanus is considered the first modern globe to be documented.

Nicolaus Germanus's manuscripts of Ptolemy are notable for including four new inset maps showing new European discoveries and for modifying the world map to reflect Italians' better knowledge of Scandinavia following Claudius Clavus's 1424 visit to Italy. Nicolaus Germanus was also the first Western cartographer to publish Ptolemy's more difficult second projection,. He was indeed the inventor of the so called "Donis projection" (trapezoidal), in which parallels of latitude are horizontal lines but meridians converge toward the poles;.

The 1482 printed edition, published at Ulm and based on a manuscript by Germanus, is notable as the first atlas to be colored by its publisher in-house prior to sale; uncolored examples are unusual. The printing of the world maps in these books was credited to "Johann the Block-cutter" (Johannes Schnitzer) or "Johann from Armsheim" (Johannes de Armssheim), distinctive for his use of a reversed capital ⟨N⟩ (i.e., ⟨И⟩).