Northumbria University (legally the University of Northumbria at Newcastle) is a UK public university located in Newcastle upon Tyne in the North East of England. It has been a university since 1992, but has its origins in the Rutherford College, founded in 1877. It holds the Silver Award in the Teaching Excellence Framework (TEF).

Northumbria University is primarily based within City Campus located in Newcastle upon Tyne city centre with other campuses based in Coach Lane, London and Amsterdam. It is organised into four faculties — Design and Social Sciences, Business and Law, Engineering and Environment and Health and Life Sciences. As of 2019, Northumbria has around 26,450 full-time students and 2,684 academic and research staff. It had a consolidated income of £254 million in 2018/19. Northumbria is a member of AACSB, the Association of Commonwealth, Universities UK and the Wallace Group.

Northumbria University has its origins in three Newcastle colleges: Rutherford College of Technology, which was established by John Hunter Rutherford in 1877 and opened formally in 1894 by the Duke of York (later King George V), the College of Art & Industrial Design and the Municipal College of Commerce.

In 1992, Newcastle Polytechnic was reconstituted as the new University of Northumbria, as part of a nationwide process in which polytechnics became new universities. It was originally styled, and its official name still is, the University of Northumbria at Newcastle (see the Articles of Government) but the trading name was simplified to Northumbria University in 2002. In 1995, it was awarded responsibility for the education of healthcare professionals, which was transferred from the National Health Service.

In 2017, the university was fined £400,000 after a sports science experiment gave volunteers a hundred times the safe dose. Two students volunteering in a study of the effects of caffeine were given a dose of 30g instead of 0.3g, because staff conducting the experiment tried to calculate the dose on a mobile phone calculator and misread the decimal point. Both were hospitalized and one reported loss of short-term memory. A court hearing heard that the university had not trained staff in safety and had not carried out a proper risk assessment, and that the dose was above the level known to cause risk of death.

On 28 August 2020, Northumbria University's IT infrastructure was the target of a cyber attack. Northumbria University said there had been "operational disruptions across networks and IT systems" on Friday the 28th. Student access to the campus was restricted for the following week. Deputy Vice-Chancellor Peter Francis said in a statement that the university is working with external specialists who launched an investigation. Elsewhere in the city, Newcastle University has also reported a "number of operational issues" but it is not known at this stage whether the two incidents are linked.

The university has two large campuses situated in Newcastle and one in London. City Campus, located in the centre of Newcastle upon Tyne, is divided into City Campus East and City Campus West by the city's central motorway and linked by a £4 million bridge which in 2008 was officially opened by the former Minister of State for Trade and Investment, Lord Digby Jones.

City Campus East is home to the Schools of Law, Design and the Newcastle Business School (NBS). NBS and Law are housed in one building, and the School of Design is across a courtyard.

City Campus East, designed by Atkins, opened in September 2007, winning awards from The Journal newspaper and the Low Carbon New Build Project of the Year accolade.

City Campus West is home to the Schools of Arts & Social Sciences, Built & Natural Environment, Computing, Engineering & Information Sciences and Life Sciences. Also located on this campus is the University Library, Students' Union building and Sport Central, a £31m sports facility for students, staff and the community which opened in 2010. 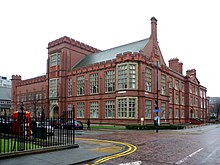 The Students' Union building, at City Campus West, underwent a multimillion-pound makeover with new lobby and recreational facilities, and a refurbished bar and cafe space, in summer 2010.

In September 2016 the Sandyford Building was acquired from Newcastle College.

In 2018 a £7m building for Computer and Information sciences was opened in City Campus West in place of the demolished Rutherford Hall. 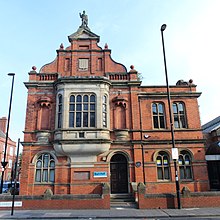 A second campus is located 2.6 miles (4 km) outside of Newcastle, on Coach Lane, and is known as the Coach Lane Campus at Cochrane Park near the A188 (Benton Road). It is in the Dene ward near Longbenton and round the corner from Tyneview Park; a large Department for Work and Pensions office, accessible via the Four Lane Ends Interchange.

The Coach Lane Campus is home to School of Health, Community and Education Studies. Coach Lane Campus has computing and library services; its own Students' Union, and sports facilities, including indoor courts, a fitness suite, outdoor rugby and football pitches, and an all-weather floodlit pitch. A free shuttle bus scheme runs between the two campuses.

Northumbria University has an international campus based in Amsterdam, Netherlands through a partnership with Amsterdam University of Applied Sciences where it offers accredited postgraduate qualifications and the opportunity for undergraduates to experience overseas studies. 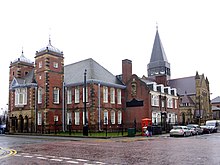 Northumbria University Press is the university press, established in 2002. It is based in Newcastle upon Tyne and publishes a diverse range of books, including publications on language, photography, biography, travel and music.

In September 2007, Northumbria University opened its new Newcastle Business School building on the site of the former Warner Brothers cinema as part of a £136m city campus east development. Newcastle Business School is the only university in the UK to hold double AACSB accreditation for business and accounting which makes them form part of an elite group of 190 institutions worldwide to hold this. As of 2020, The university also holds accreditation for EPAS in 21 different undergraduate programmes, more than any other university in the UK. Newcastle Business School has also developed relations with a wide range of other professional bodies. As a result, the university can offer a wide range of professional exemptions in its programmes such as the Accountancy degree which holds exemptions from many of the top accountancy boards including ICAEW, ACCA, and CIMA.

Northumbria also offers 'clinical' courses in law accredited by the Law Society and Bar Council. These allow graduates direct entry to the profession. The institution's Student Law Office is a clinical legal education enterprise, where law students participate in a legal advice and representation scheme on behalf of real clients, under the supervision of practising lawyers. The student law office has managed over 7,000 enquiries and represented over 3,000 clients since 2005. In 2013, the university was awarded with the Queens Anniversary Prize in Further and Higher and Further Education for outstanding community work of its student law office.

Although the university roots are linked with medicine through the Sutherland building being formerly the Medical School of Durham University, it has not offered medicine as a programme until recently. Northumbria has a joint medical programme through a joint partnership with St George’s University of Grenada. As part of the programme the teaching hours are split between time spent within the Grenada and the United Kingdom. The programme has been expanded in recent years with an increased amount of time that students can spend within the United Kingdom.

In the 2014 REF, along with Allied Health Professions, Dentistry, Nursing and Pharmacy, humanities and arts subjects were the best scoring Units of Assessment. 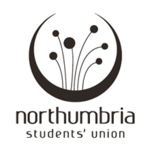 Northumbria Students' Union is a campaigning and representative organisation. It is a charity currently exempt from registration and is led by five Sabbatical Officers (President and 4 Vice-Presidents) and a 19-member Student Council.

The Students' Union offers a range of student activities such as NSU/Community, NSU/Media (Which encompasses NSU/TV, NSU/Radio, NSU/Life and NSU/Snaps), NSU/Rag (Raise and Give), NSU/Societies, NSU/Employability, Duke of Edinburgh awards and Fast Friends. It represents students in academic and non-academic matters through a nationally recognised School Reps and Postgraduate Research Reps Systems.

The university building contains several venues for students to socialise in a safe environment, chiefly at Habita (formerly Bar One), Domain (formerly The Venue) and Reds.

In 2016, Northumbria Students' Union received the National Union of Students award for Student Opportunities and runner up for the Education Award.

Due to the city of Newcastle's sister status with Atlanta, Northumbria University runs an annual student exchange programme with Georgia State University, offering students from both institutions the chance to experience student culture in their respective cities. 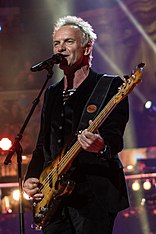