Potassium chloride (also known as Sylvite, KCl, or potassium salt) is a metal halide salt composed of potassium and chlorine. It is odorless and has a white or colorless vitreous crystal appearance. The solid dissolves readily in water, and its solutions have a salt-like taste. Potassium chloride can be obtained from ancient dried lake deposits. KCl is used as a fertilizer, in medicine, in scientific applications, and in food processing, where it may be known as E number additive E508.

It occurs naturally as the mineral sylvite, and in combination with sodium chloride as sylvinite.

Potassium is vital in the human body, and potassium chloride by mouth is the common means to treat low blood potassium, although it can also be given intravenously. It is on the World Health Organization's List of Essential Medicines. Overdose causes hyperkalemia which can disrupt cell signaling to the extent that the heart will stop, reversibly in the case of some open heart surgeries.

It can be used as a salt substitute for food, but due to its weak, bitter, unsalty flavor, it is often mixed with ordinary table salt (sodium chloride) to improve the taste to form low sodium salt. The addition of 1 ppm of thaumatin considerably reduces this bitterness. Complaints of bitterness or a chemical or metallic taste are also reported with potassium chloride used in food.

As a chemical feedstock, it is used for the manufacture of potassium hydroxide and potassium metal. It is also used in medicine, lethal injections, scientific applications, food processing, soaps, and as a sodium-free substitute for table salt for people concerned about the health effects of sodium.

It is used as a supplement in animal feed to boost the number of nutrients in the feed, which in turn promotes healthy growth in animals. As an added benefit, it is known to increase milk production.

It is sometimes used in water as a completion fluid in petroleum and natural gas operations, as well as being an alternative to sodium chloride in household water softener units.

Glass manufacturers use granular potash as a flux, lowering the temperature at which a mixture melts. Because potash confers excellent clarity to glass, it is commonly used in eyeglasses, glassware, televisions, and computer monitors.

KCl is useful as a beta radiation source for calibration of radiation monitoring equipment, because natural potassium contains 0.0118% of the isotope 40K. One kilogram of KCl yields 16350 becquerels of radiation consisting of 89.28% beta and 10.72% gamma with 1.46083 MeV. In order to use off the shelf materials it needs to be crystallized sequentially using controlled temperature in order to extract KCl, which is the subject of ongoing research. There are also a small number of 511 keV gamma rays from positron annihilation which can be used to calibrate medical scanners.

Potassium chloride is used in some de-icing products that are designed to be safer for pets and plants, though these are inferior in melting quality to calcium chloride [lowest usable temperature 12 °F (−11 °C) v. −25 °F (−32 °C)]. It is also used in various brands of bottled water, as well as in bulk quantities for fossil fuel drilling purposes.

Along with sodium chloride and lithium chloride, potassium chloride is used as a flux for the gas welding of aluminium.

Potassium chloride is also an optical crystal with a wide transmission range from 210 nm to 20 µm. While cheap, KCl crystals are hygroscopic. This limits its application to protected environments or short-term uses such as prototyping. Exposed to free air, KCl optics will "rot". Whereas KCl components were formerly used for infrared optics, it has been entirely replaced by much tougher crystals such as zinc selenide.

Potassium chloride is used as a scotophor with designation P10 in dark-trace CRTs, e.g. in the Skiatron.

In a few states of the United States, it is used to cause cardiac arrest, as the third drug in the "three drug cocktail" for executions by lethal injection.

KCl is soluble in a variety of polar solvents.

Solutions of KCl are common standards, for example for calibration of the electrical conductivity of (ionic) solutions, since KCl solutions are stable, allowing for reproducible measurements. In aqueous solution, it is essentially fully ionized into solvated K+ and Cl– ions.

Redox and the conversion to potassium metal

Although potassium is more electropositive than sodium, KCl can be reduced to the metal by reaction with metallic sodium at 850 °C because the more volatile potassium can be removed by distillation (see Le Chatelier's principle):

This method is the main method for producing metallic potassium. Electrolysis (used for sodium) fails because of the high solubility of potassium in molten KCl. 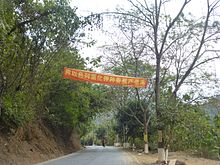 The crystal structure of potassium chloride is like that of NaCl. It adopts a face-centered cubic structure. Its lattice constant is roughly 6.3 Å. Crystals cleave easily in three directions.

Some other properties are

As with other compounds containing potassium, KCl in powdered form gives a lilac flame.

Potassium chloride is extracted from minerals sylvite, carnallite, and potash. It is also extracted from salt water and can be manufactured by crystallization from solution, flotation or electrostatic separation from suitable minerals. It is a by-product of the production of nitric acid from potassium nitrate and hydrochloric acid.

The vast majority of potassium chloride is produced as agricultural and industrial grade potash in Saskatchewan, Canada, as well as Russia and Belarus. Saskatchewan alone accounted for over 25% of the world's potash production in 2017.

Potassium chloride is inexpensively available and is rarely prepared intentionally in the laboratory. It can be generated by treating potassium hydroxide (or other potassium bases) with hydrochloric acid:

This conversion is an acid-base neutralization reaction. The resulting salt can then be purified by recrystallization. Another method would be to allow potassium to burn in the presence of chlorine gas, also a very exothermic reaction: