Child-god who is forever young, in mythology and as an archetype

Puer aeternus (Latin for 'eternal boy'; female: puella aeterna; sometimes shortened to puer and puella) in mythology is a child-god who is forever young. In psychology, it is an older person whose emotional life has remained at an adolescent level, not to be confused with Peter Pan syndrome. The puer typically leads a provisional life due to the fear of being caught in a situation from which it might not be possible to escape. He or she covets independence and freedom, opposes boundaries and limits, and tends to find any restriction intolerable.

The phrase puer aeternus comes from Metamorphoses, an epic work by the Roman poet Ovid (43 BC – c. 17 AD) dealing with Greek and Roman myths. In the poem, Ovid addresses the child-god Iacchus as "puer aeternus" and praises him for his role in the Eleusinian mysteries. Iacchus is later identified with the gods Dionysus and Eros. The puer is a god of vegetation and resurrection; the god of divine youth, such as Tammuz, Attis, and Adonis.

The figure of a young god who is slain and resurrected also appears in Egyptian mythology as the story of Osiris.

Swiss psychiatrist Carl Gustav Jung developed a school of thought called analytical psychology, distinguishing it from the psychoanalysis of Sigmund Freud (1856–1939). In analytical psychology (or "Jungian psychology"), the puer aeternus is an example of what Jung considered an archetype, one of the "primordial, structural elements of the human psyche."

The shadow of the puer is the senex (Latin for 'old man'), associated with the god Cronus—disciplined, controlled, responsible, rational, ordered. Conversely, the shadow of the senex is the puer, related to Hermes or Dionysus—unbounded instinct, disorder, intoxication, whimsy.

Like all archetypes, the puer is bipolar, exhibiting both a "positive" and a "negative" aspect. The "positive" side of the puer appears as the Divine Child who symbolizes newness, potential for growth, hope for the future. He also foreshadows the hero that he sometimes becomes (e.g. Heracles). The "negative" side is the child-man who refuses to grow up and meet the challenges of life face on, waiting instead for his ship to come in and solve all his problems.

When the subject is a female, the Latin term is puella aeterna, imaged in mythology as the Kore (Greek for 'maiden'). One might also speak of a puer animus when describing the masculine side of the female psyche, or a puella anima when speaking of a man's inner feminine component. 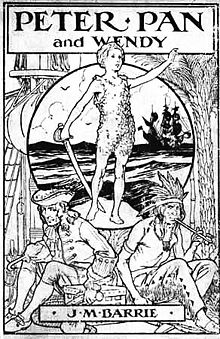 Carl Jung wrote a paper on the puer aeternus, titled "The Psychology of the Child Archetype", contained in Part IV of The Archetypes and the Collective Unconscious (Collected Works, Vol. 9i). The hero-child aspect and his relationship to the Great Mother is dealt with in chapters 4 and 5 of Part Two of Symbols of Transformation (CW, vol. 5).

In his essay "Answer to Job" (also included in Psychology and Religion: West and East) Jung refers to the puer aeternus as a figure representing the future psychological development of human beings.

The Problem of the Puer Aeternus is a book based on a series of lectures that Jungian analyst Marie-Louise von Franz gave at the C.G. Jung Institute, Zurich, during the Winter Semester, 1959–1960. In the first eight of twelve lectures, von Franz illustrates the theme of the puer aeternus by examining the story of The Little Prince from the book of the same name by Antoine de Saint-Exupéry. The remaining four lectures are devoted to a study of a German novel by Bruno Goetz, Das Reich ohne Raum ('The Kingdom Without Space'), first published in 1919. Of this novel von Franz says:

Now or Neverland is a 1998 book written by Jungian analyst Ann Yeoman dealing with the puer aeternus in the form of Peter Pan, one of the most well-known examples of the concept in the modern era. The book is a psychological overview of the eternal boy archetype, from its ancient roots to contemporary experience, including a detailed interpretation of J. M. Barrie's popular 1904 play and 1911 novel.

Peter Pan syndrome is the popular psychology concept of an adult who is socially immature. The category is an informal one invoked by laypeople and some psychology professionals in popular psychology. It is not listed in the Diagnostic and Statistical Manual of Mental Disorders, and is not recognized by the American Psychiatric Association as a specific mental disorder.

Psychologist Dan Kiley popularized the Peter Pan syndrome in his 1983 book, The Peter Pan Syndrome: Men Who Have Never Grown Up. His next book, The Wendy Dilemma (1984), advises women romantically involved with "Peter Pans" how to improve their relationships.