The Grammy Award, as presented by the Recording Academy, is an award that recognizes achievement within all facets of the music industry. It covers all major genres and recognizes performances of albums and songs, songwriting, and new artists. Criticism of the Grammys has covered various aspects, with accusations of racism having been brought up for decades.[further explanation needed]

History of snubs and controversy

Since the inception of the Grammys in 1957, ten black artists have won the Album of the Year Award. From 1990-2006, 8 of the winners and 26 nominees were non-white including 6 black winners. From 2007-2017, there were 17 non-white artists nominated for Album of the Year, with the only winner being Herbie Hancock in 2008, whose album was a collection of Joni Mitchell folk covers. In 2018 and 2019, 9 of the 13 nominees were non-white including 8 black nominees.

There have been several best album wins that have been questioned including Beyonce's loss in 2015 to Beck for Album of the Year and her subsequent 2017 Album of the Year loss to Adele. Other cited examples, include Michael Jackson's Off The Wall and Prince's 1999 failing to be nominated, Frank Ocean's Channel Orange losing to Mumford and Sons, Kendrick Lamar losing Album of the Year and Best Hip Hop Album to Daft Punk and Macklemore in 2014 and his defeat to Taylor Swift in 2016.

Others have argued that non-white artists mostly win in smaller "racialized" categories. Beyonce has 18 of her 22 within categories, such as rap and R&B, and only one of win in a major category. Anne Powers writing for the NPR accused the 2017 Grammys of systematic racism because Chance the Rapper and Beyonce were the only black artists who won televised awards. According to her there is a general notion that music made with “real” instrumentation is superior to synth or sampled music, or that “stand-still” performances are superior to performances that incorporate dance. 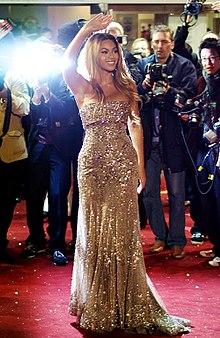 The voting process for the Grammy Awards is a particular process that has endured much criticism over the years. The voting committees are made up of 10,000 musicians, producers, engineers, songwriters, and essentially any professional in the music industry who qualifies based on the requirements. There is a yearly fee, but after that any voting member is qualified to make nominations and vote on several different categories. Controversy has been raised over the fact that members vote for works in categories outside of their expertise, and this occurs because they are required to vote on a certain number of categories to maintain membership. Rob Kenner, a Grammy screener, described an “unwritten rule” while conversing with committee members in which you must be cautious nominating an album by an already well-known artist if you do not want that album to eventually win an award because other voting members will mindlessly select a famous artist's album because they recognize the name, even if they have never heard any of that music before.

Another controversial aspect of the voting process regards a secret committee formed for the purpose of reviewing votes and nominations and making adjustments when needed. The members of this electoral college are kept a secret, and the committee is not acknowledged in public, not even on the Grammy website. According to an anonymous member of this committee, the entire Grammy voting committee votes on the nominees, but the secret committee receives the top 20 selections and narrows them down to just five nominees. This secret committee meets annually, and their names are kept secret in order to avoid lobbying.

Retrieved from "https://en.wikipedia.org/w/index.php?title=Accusations_of_racial_bias_in_Grammy_Awards&oldid=993544133"
Uses material from the Wikipedia article Accusations of racial bias in Grammy Awards, released under the CC BY-SA 3.0 license.