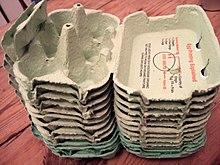 A disposable (also called disposable product) is a product designed for a single use after which it is recycled or is disposed as solid waste. The term is also sometimes used for products that may last several months (e.g. disposable air filters) to distinguish from similar products that last indefinitely (e.g. washable air filters). The word "disposables" is not to be confused with the word "consumables", which is widely used in the mechanical world. For example, welders consider welding rods, tips, nozzles, gas, etc. to be "consumables", as they last only a certain amount of time before needing to be replaced. Consumables are needed for a process to take place, such as inks for printing and welding rods for welding, while disposable products are products that can be thrown away after it becomes damaged or otherwise unuseful.

"Disposable" is an adjective meaning something not reusable but is disposed of after use. Many people now use the term as a noun or substantive, i.e. "a disposable" but in reality this is still an adjective as the noun (product, nappy, etc.) is implied. Disposable income is the amount of money left over from one's salary or pay for spending, saving or whatever, after all living costs have been taken out.

Disposable products are most often made from paper, plastic, cotton, or polystyrene foam. Products made from composite materials such as laminations are difficult to recycle and are more likely to be disposed of at the end of their use.

Packages are usually intended for a single use. The waste hierarchy call for minimization of materials. Many package forms and materials are suited to recycling although the actual recycling percentages are relatively low in many regions. Reuse and repurposing of packaging is increasing but eventually, containers will be recycled, composted, incinerated, or landfilled.

There are many container forms such as boxes, bottles, jars, bags, etc. Materials include paper, plastics, metals, fabrics, composites, etc.

In Germany, Austria, and Switzerland, laws banning use of disposable food and drink containers at large-scale events have been enacted. Such a ban has been in place in Munich, Germany, since 1991, applying to all city facilities and events. This includes events of all sizes, including very large ones (Christmas market, Auer-Dult Faire, Oktoberfest and Munich City Marathon). For small events of a few hundred people, the city has arranged for a corporation offer rental of crockery and dishwasher equipment. In part through this regulation, Munich reduced the waste generated by Oktoberfest, which attracts tens of thousands of people, from 11,000 metric tons in 1990 to 550 tons in 1999.

China produces about 57 billion pairs of single-use chopsticks yearly, of which half are exported. About 45 percent are made from trees – about 3.8 million of them – mainly cotton wood, birch, and spruce, the remainder being made from bamboo. Japan uses about 24 billion pairs of these disposables per year, and globally the use is about 80 billion pairs are thrown away by about 1.4 million people. Reusable chopsticks in restaurants have a lifespan of 130 meals. In Japan, with disposable ones costing about 2 cents and reusable ones costing typically $1.17, the reusables better the $2.60 breakeven cost. Campaigns in several countries to reduce this waste are beginning to have some effect.

Medical and surgical device manufacturers worldwide produce a multitude of items that are intended for one use only. The primary reason is infection control; when an item is used only once it cannot transmit infectious agents to subsequent patients. Manufacturers of any type of medical device are obliged to abide by numerous standards and regulations. ISO 15223: Medical Devices and EN 980 cite that single use instruments or devices be labelled as such on their packaging with a universally recognized symbol to denote "do not re-use", "single use", or "use only once". This symbol is the numeral 2, within a circle with a 45° line through it.

Examples of single use items include: 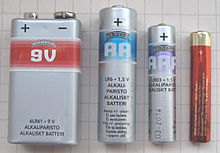 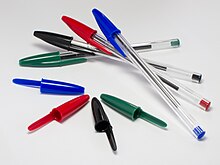