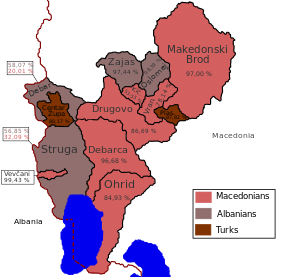 The current population of the Southwestern statistical region is 221,546 citizens, according to the last population census in 2002.

The largest group in the region is the Macedonians, followed by Albanians. Turks also account for a small population.