Film or video footage that can be reused

Stock footage companies began to emerge in the mid-1980s, offering clips mastered on Betacam SP, VHS, and film formats. Many of the smaller libraries that specialized in niche topics such as extreme sports, technological or cultural collections were bought out by larger concerns such as Corbis or Getty Images over the next couple of decades.

Stock footage can be used to integrate news footage or notable figures into a film. For instance, the Academy Award-winning film Forrest Gump used stock footage extensively, modified with computer-generated imagery to portray the lead character meeting such historic figures such as John F. Kennedy, Richard Nixon, and John Lennon.

News programs use film footage from their libraries when more recent images are not available. Such usage is often labeled on-screen with an indication that the footage being shown is file footage.

Television and movies series also often recycle footage taken from previous installments. For instance, the Star Trek franchise kept a large collection of starships, planets, backgrounds, and explosions, which would appear on a regular basis throughout Star Trek's five series and ten films, being used with minimal alteration. That kept production costs down as models, mattes, and explosions were expensive to create. The advances in computer graphics in the late 1990s and early 2000s helped to significantly reduce the cost of Star Trek's production, and allowed for a much wider variety of shots than previous model and painting based visuals. Other films that re-used film footage from previous productions include Transformers: Dark of the Moon, Blade Runner, Star Wars: Episode II – Attack of the Clones, Hitman, Jaws: The Revenge, Halloween II, Harry Potter and the Order of the Phoenix, and Bill & Ted's Excellent Adventure.

Some series, particularly those made for children, such as Power Rangers or Teletubbies, reuse footage that is shown in many episodes. Meant for a young audience, the approach increases viewers' familiarity between shows. This introduces problems such as the requirement to, for example, wear the same clothing and inconsistency can sometimes become a problem. When cleverly filmed it is possible to avoid many of these problems.

Many broadcast shows use stock-footage clips as establishing shots of a particular city, which imply that the show is shot on location when in fact, it may be shot in a backlot studio. One or two establishing shots of an exotic location such as the Great Wall of China, Easter Island, or French Polynesia will save production companies the major costs of transporting crew and equipment to those actual locations.

Stock footage is often used in commercials when there is not enough money or time for production. More often than not these commercials are political or issue-oriented in nature. Sometimes it can be used to composite moving images that create the illusion of having on-camera performers appear to be on location. The term B-roll may refer to stock footage or newly shot scenes.

Stock footage that appears on television screens or monitors shown in movies or television shows is referred to as "playback". In Anchorman: The Legend of Ron Burgundy, which was written by and starring Will Ferrell as a San Diego news anchor, the studio purchased archival 1970s clips from San Diego stock footage firm New & Unique Videos. The playback footage of a hurricane featured in Disney's Smart House came from the vaults of the same San Diego firm.

One of the most common uses of stock footage is in documentaries. Use of stock footage allows the filmmaker to tell the story of historical events such as World War II Why We Fight series, to document modern underwater archaeology activities, or to supplement content in natural history documentaries. Budgets may not be sufficient to keep a production crew on site for long-term projects, and stock footage allows the producer to pick the moments in time that are most important to the story or to give context to historical events.

Several films that would otherwise be completely lost have surviving footage due to the film being used as a stock footage. For example, The Cat Creeps has some scenes preserved in the movie Boo, and scenes from Queen of the Night Clubs are preserved as stock footage in Winner Take All. If not for the use of stock footage, these films would be lost entirely.

Stock Footage are also used in live reality TV shows such as I'm a Celebrity.

In recent months, stock footage of studio audience applause and reactions have been used in TV shows in place of a live studio audience due to the current COVID-19 crisis. 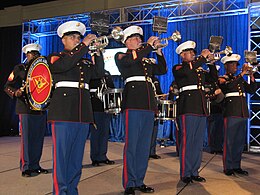 Companies throughout the world use stock footage in their video productions for in-house meetings, annual conventions, seminars, and other events. It has become popular to videotape interviews of CEOs and other VIPs using a green screen backdrop. When the green is keyed out during post-production, stock footage or stock shots are inserted, to impart a particular message.

With each introduction of new standard, it requires reshooting, rerendering, or rescanning the popular footage as well as new images to show the capabilities of the next standard. Betacam SP, VHS, and early digital footage was shot in Standard Definition (SD), in 4:3 aspect ratio. Next came a higher resolution format, High Definition (HD), with a 16:9 aspect ratio, which is closer to cinema widescreen formats. Many stock-footage companies and producers were concerned that their libraries would become irrelevant. Most stock footage companies & distributors now require HD 1080p footage at a minimum with many requesting 2K resolution and 4K resolution raw footage. Many companies are also including Virtual Reality (VR) and 360-degree video footage.