The Swedish royal family (Swedish: Svenska kungafamiljen) since 1818 has consisted of a number of persons in the Swedish Royal House of Bernadotte, closely related to the King of Sweden. Today those who are recognized by the government are entitled to royal titles and styles (manner of address), and perform official engagements and ceremonial duties of state. The extended family of the King (Swedish: Sveriges kungliga familj) consists of other close relatives who are not royal and thus do not represent the country officially. 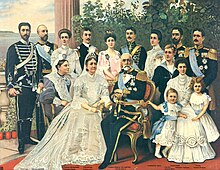 A Swedish royal family, as closely related to a head of state, has been able to be identified as existent from as early as the 10th century A.D., with more precise detail added during the two or three centuries that followed. An exceptional case is that of Saint Bridget (1303–1373) who outside of Sweden became known as the Princess of Nericia, a title which appears to have been a noble, rather than a royal one, since she was not the daughter of a king. Historically confirmed monarchs are listed officially by the Swedish Royal Court.

Until the 1620s Swedish provinces were granted as territorial appanages to royal princes which, as dukes thereof, they governed semi-autonomously. Beginning during the reign of Gustav III, and as codified in § 34 of the 1772 Instrument of Government, provincial dukedoms have existed in the royal family as nominal non-hereditary titles only, without any inherent property ownership or trust attached to them; although several members of the royal family have maintained a special public connection to, and sometimes a secondary residence in, "his or her duchy".

The son of a Swedish king has usually held the princely title as a royal dynast (such as Prince Bertil, Duke of Halland), but on a rare occasion also as a rank of nobility (such as Fursten Prince Frederick William of Hessenstein), or as a courtesy title for an ex-dynast (such as Prins Oscar Bernadotte).

Some of the governmentally recognized (royal) members of the Swedish Royal Family in 2012. 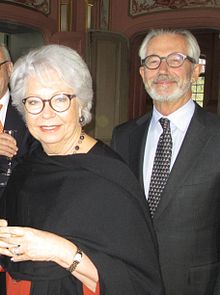 The Swedish Royal Court lists the following persons as members of the Royal House (Kungl. Huset):

The Royal Court lists the following persons additionally as members of the Royal Family (Kungl. Familjen):