American magazine and website focusing on the Hollywood entertainment industry

The Hollywood Reporter (THR) is an American digital and print magazine, and website, which focuses on the Hollywood film, television, and entertainment industries. It was founded in 1930 as a daily trade paper, and in 2010 switched to a weekly large-format print magazine with a revamped website.

Headquartered in Los Angeles, THR is part of the Billboard-Hollywood Reporter Media Group, a group of properties that includes Billboard and SpinMedia. It is owned by Valence Media, a holding company co-founded by Todd Boehly, an executive of its previous owners, Guggenheim Partners and Eldridge Industries.

THR was founded in 1930 by William R. "Billy" Wilkerson (1890–1962) as Hollywood's first daily entertainment trade newspaper. The first edition appeared on September 3, 1930 and featured Wilkerson's front-page "Tradeviews" column, which became influential. The newspaper appeared Monday to Saturday for the first 10 years, except for a brief period, then Monday to Friday from 1940. Wilkerson ran the THR until his death in September 1962, although his final column appeared 18 months prior. Wilkerson's wife, Tichi Wilkerson Kassel, took over as publisher and editor-in-chief when her husband died.

From the late 1930s, Wilkerson used THR to push the view that the industry was a communist stronghold. In particular, he opposed the screenplay writers' trade union, the Screen Writers Guild, which he called the "Red Beachhead." In 1946 the Guild considered creating an American Authors' Authority to hold copyright for writers, instead of ownership passing to the studios. Wilkerson devoted his "Tradeviews" column to the issue on July 29, 1946, headlined "A Vote for Joe Stalin." He went to confession before publishing it, knowing the damage it would cause, but was apparently encouraged by the priest to go ahead with it.

The column contained the first industry names, including Dalton Trumbo and Howard Koch, on what became the Hollywood blacklist, known as "Billy's list." Eight of the 11 people Wilkerson named were among the "Hollywood Ten" who were blacklisted after hearings in 1947 by the House Un-American Activities Committee. When Wilkerson died, his THR obituary said that he had "named names, pseudonyms and card numbers and was widely credited with being chiefly responsible for preventing communists from becoming entrenched in Hollywood production."

In 1997 THR reporter David Robb wrote a story about the newspaper's involvement, but the editor, Robert J. Dowling, declined to run it. For the blacklist's 65th anniversary in 2012, the THR published a lengthy investigative piece about Wilkerson's role, by reporters Gary Baum and Daniel Miller. The same edition carried an apology from Wilkerson's son W. R. Wilkerson III. He wrote that his father had been motivated by revenge for his thwarted ambition to own a studio.

On April 11, 1988, Tichi Wilkerson Kassel sold the paper to BPI Communications, owned by Affiliated Publications, for $26.7 million. Robert J. Dowling became THR president in 1988, and editor-in-chief and publisher in 1991. Dowling hired Alex Ben Block as editor in 1990. Block and Teri Ritzer dampened much of the sensationalism and cronyism that was prominent in the paper under the Wilkersons. In 1994, BPI Communications was sold to Verenigde Nederlandse Uitgeverijen (VNU) for $220 million.

After Block left, former Variety film editor, Anita Busch, became editor between 1999 and 2001. Busch was credited with making the paper competitive with Variety. Tony Uphoff assumed the publisher position in November 2005. In March 2006 a private equity consortium led by Blackstone and KKR, both with ties to the conservative movement in the United States, acquired THR along with the other assets of VNU. It joined those publications with AdWeek and A.C. Nielsen to form The Nielsen Company.

In December 2009, Prometheus Global Media, a newly formed company formed by Pluribus Capital Management and Guggenheim Partners, and chaired by Jimmy Finkelstein, CEO of News Communications, parent of political journal The Hill, acquired THR from Nielsen Business Media. It pledged to invest in the brand and grow the company. Richard Beckman, formerly of Condé Nast, was appointed as CEO.

In 2010, Beckman purchased THR from Guggenheim Partners and Pluribus Capital, and recruited Janice Min, the former editor-in-chief of Us Weekly, to "eviscerate" the existing daily trade paper and reinvent it as a glossy, large-format weekly magazine. The Hollywood Reporter relaunched with a weekly print edition and a revamped website that enabled it to break news. Eight months after its initial report, The New York Times took note of the many scoops THR had generated, adding that the new glossy format seemed to be succeeding with its "rarefied demographic", stating, "They managed to change the subject by going weekly... The large photos, lush paper stock and great design are a kind of narcotic here."

By February 2013' the Times returned to THR, filing a report on a party for Academy Award nominees the magazine had hosted at the Los Angeles restaurant Spago. Noting the crowd of top celebrities in attendance, the Times alluded to the fact that many Hollywood insiders were now referring to THR as "the new Vanity Fair". Ad sales since Min's hiring were up more than 50%, while traffic to the magazine's website had grown by 800%.

Since January 2014, The Hollywood Reporter has been led by co-presidents Janice Min and John Amato. 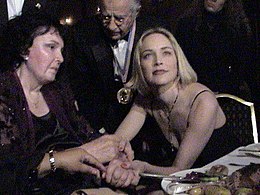 John Kilcullen replaced Uphoff in October 2006, as publisher of Billboard. Kilcullen was a defendant in Billboard's infamous "dildo" lawsuit, in which he was accused of race discrimination and sexual harassment. VNU settled the suit on the courthouse steps. Kilcullen "exited" Nielsen in February 2008 "to pursue his passion as an entrepreneur." Matthew King, vice president for content and audience, editorial director Howard Burns, and executive editor Peter Pryor left the paper in a wave of layoffs in December 2006; editor Cynthia Littleton, widely respected throughout the industry, reported directly to Kilcullen. The Reporter absorbed another blow when Littleton left her position for an editorial job at Variety in March 2007. Web editor Glenn Abel also left after 16 years with the paper. 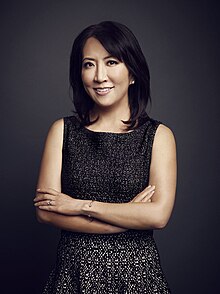 In June 2007 Rose Einstein, former Vice President, Advertising Sales for Netflix and 25-year veteran of Reed Business Media, was named to the newly created role of Vice President, Associate Publisher to oversee all sales and business development for The Reporter. She left that position in June 2009. Mika left THR in early 2010.

In July 2007 THR named Elizabeth Guider as its new editor. An 18-year veteran of Variety, where she served as Executive Editor, Guider assumed responsibility for the editorial vision and strategic direction of The Hollywood Reporter's daily and weekly editions, digital content offerings and executive conferences. Guider left The Hollywood Reporter in early 2010.

In April 2010 Lori Burgess was named as publisher. Burgess had been publisher of OK! magazine since October 2008. Michaela Apruzzese was named associate publisher, entertainment in May 2010. Apruzzese previously served as the director of movie advertising for Los Angeles Times Media Group.

In May 2010 Janice Min was named Editorial Director. In January 2014 she was promoted to President/Chief Creative Officer with additional oversight of THR's sister brand, Billboard. Lynne Segall, former vice president and associate publisher, was named publisher and senior vice president in June 2011.

In February 2017 Min announced she was stepping down from her role as President/Chief Creative Officer overseeing The Hollywood Reporter and Billboard to take on a new role at parent company. Simultaneously, it was announced that longtime executive editor Matthew Belloni would take over as Editorial Director.

The weekly print edition of The Hollywood Reporter includes profiles, original photography and interviews with entertainment figures; articles about major upcoming releases and product launches; film reviews and film festival previews; coverage of the latest industry deals, TV ratings, box-office figures and analysis of global entertainment business trends and indicators; photos essays and reports from premieres and other red-carpet events; and the latest on Hollywood fashion and lifestyle.

The Reporter published a primitive "satellite" digital edition in the late 1980s. It became the first daily entertainment trade paper to start a website in 1995. Initially, the site offered free news briefs with complete coverage firewalled as a premium paid service. In later years, the website became mostly free as it became more reliant on ad sales and less on subscribers. The website had already gone through a redesign by the time competitor Variety took to the web in 1998. In 2002 the Reporter's website won the Jesse H. Neal Award for business journalism. In November 2013, The Hollywood Reporter launched the style site Pret-a-Reporter.

The Hollywood Reporter has a staff of roughly 150. In addition to hiring Eric Mika, Rose Eintstein and Elizabeth Guider, the Reporter hired the following staff in 2007:

However, staffing levels began to drop again in 2008. In April, Nielsen Business Media eliminated between 40 and 50 editorial staff positions at The Hollywood Reporter and its sister publications: Adweek, Brandweek, Editor & Publisher and Mediaweek. In December, another 12 editorial positions were cut at the trade paper. In addition, 2008 saw substantial turnover in the online department: THR.com Editor Melissa Grego left her position in July to become executive editor of Broadcasting & Cable, and Managing Editor Scott McKim left to become a new media manager at Knox College. With the entertainment industry as a whole shrinking, "Hollywood studios have cut more than $20 million from the Motion Picture Association of America budget this year. The resulting staff and program reductions are expected to permanently shrink the scope and size of the six-studio trade and advocacy group."

Staffing at THR in 2008 saw even further cutbacks with "names from today's tragic bloodletting of The Hollywood Reporter's staff" adding up quickly in the hard economic times at the end of 2008. "The trade has not only been thin, but only publishing digital version 19 days this holiday season. Film writers Leslie Simmons, Carolyn Giardina, Gregg Goldstein, plus lead TV critic Barry Garron and TV reporter Kimberly Nordyke, also special issues editor Randee Dawn Cohen out of New York and managing editor Harley Lond and international department editor Hy Hollinger, plus Dan Evans, Lesley Goldberg, Michelle Belaski, James Gonzalez were among those chopped from the masthead."

When Janice Min and Lori Burgess came on board in 2010, the editorial and sales staff increased nearly 50%, respectively. Min hired various recognized journalists in the entertainment industry, most notably Variety film critic Todd McCarthy after his firing from Variety in March 2010, as well as Kim Masters of NPR, Tim Goodman of the San Francisco Chronicle, Lacey Rose of Forbes, and Pamela McClintock of Variety.

Variety was established in 1905 in New York City as a weekly trade paper, initially covering vaudeville, Tin Pan Alley and the city's Theater District. In 1932, Variety sued The Hollywood Reporter for $46,500 for plagiarism, alleging that THR was plagiarizing information from Variety following its publication in New York on Tuesdays, by way of phoning or wiring the information back to Hollywood, so that THR could publish the information before Variety reached Hollywood three days later on Friday. Then, in 1933, Variety started its own daily Hollywood edition, Daily Variety, to cover the film industry.

The Hollywood Reporter published out of the same offices on Sunset Boulevard for more than a half century. It is headquartered in L.A.'s Mid-Wilshire district.

The Hollywood Reporter sponsors and hosts a number of major industry events and awards ceremonies. It hosted 13 such events in 2012, including the Women in Entertainment Breakfast, where it announced its annual Power 100 list of the industry's most powerful women; the Key Art Awards (for achievement in entertainment advertising and communications); Power Lawyers Breakfast; Next Gen (honoring the industry's 50 fastest-rising stars and executives age 35 and under); Nominees Night; and the 25 Most Powerful Stylists Luncheon.

Entertainment-industry awards receive ample coverage from The Hollywood Reporter, both in print and online. The magazine handicaps all the races, profiles the contenders and analyzes the business impact of nominations and wins. THR awards analyst Scott Feinberg analyzes and predicts the Emmy and Oscar races (his weekly Feinberg Forecast is published from late August up to the Academy Awards broadcast).

THR also offers special print editions, such as its annual Oscar and Emmy issues, during respective awards seasons. THR.com features The Race, an awards-coverage blog, which encompasses Race to the Oscars, an app dedicated to Academy Awards coverage for iPhone and Android platforms.

Uses material from the Wikipedia article "The Hollywood Reporter", released under the CC BY-SA 3.0 license.