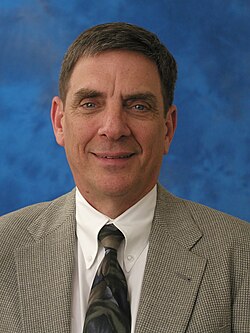 William E. Doolittle (born September 3, 1947 in Texas, USA) is an American geographer who is prominent among the fourth generation of the Berkeley School of Latin Americanist Geography. He is currently the Erich W. Zimmermann Regents Professor in Geography at the Department of Geography and the Environment at University of Texas at Austin. He specializes in landscapes and agricultural technology in the American Southwest and Mexico.

Doolittle attended Texas Christian University, Fort Worth, Texas and obtained a B.A. in Government and Geography (1974). He then studied at the University of Missouri, Columbia (M.A. 1976) and received his Ph.D. in 1979 from the University of Oklahoma, studying with B.L.Turner II, reportedly struggling financially with a family to support. He taught for one year at Mississippi State University. He joined the UT Geography Department in 1981. He has served as an undergraduate advisor, graduate advisor (receiving UT's Outstanding Graduate Advisor Award in 2004), and Department chair.

He has graduated a number of doctoral students including Andrew Sluyter (1995).

Doolittle's research interests include landscapes, histories, and agricultural technologies in arid lands, particularly the American Southwest and Mexico. His research focuses on technologies associated with landscape transformations for food production in dry lands. His work on aqueducts is described in a film. [1]