For other people with the same name, see William Playfair (disambiguation). 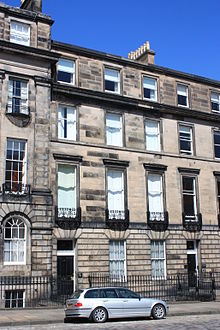 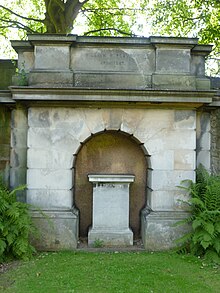 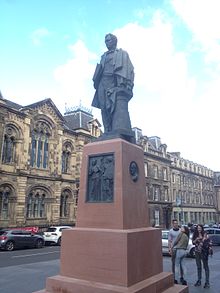 William Henry Playfair FRSE (15 July 1790 – 19 March 1857) was a prominent Scottish architect in the 19th century, who designed the Eastern, or Third, New Town and many of Edinburgh's neoclassical landmarks.

Playfair was born on 15 July 1790 in Russell Square, London to Jessie Graham and James Playfair. His father was also an architect, and his uncles were the mathematician John Playfair and William Playfair, an economist and pioneer of statistical graphics. After his father's death he was sent to Edinburgh be educated by his uncle John Playfair. He went on to study at the University of Edinburgh, graduating in 1809. He was first articled to the architect William Stark but when Stark died in 1813, he went to London.

In the 1830s Playfair is listed as living at 17 Great Stuart Street on the prestigious Moray Estate in Edinburgh's west end. Ironically, this is not a building of his own design, but is by his rival James Gillespie Graham.

Playfair joined the Free Church following the Disruption of 1843, losing his right to burial in the parish churchyard.

Playfair took David Cousin under his wing and was responsible for the latter part of his training. 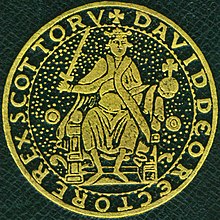 Playfair was Initiated into Scottish Freemasonry in Lodge St David, No.36, (Edinburgh, Scotland) in 18 January 1815.

Playfair died in Edinburgh on 19 March 1857, and is buried in the "Lord's Row" on the western wall of Edinburgh's Dean Cemetery, where he designed a number of monuments for others, including Lord Jeffrey.

Two of his finest works are the neoclassical buildings of the National Gallery of Scotland and the Royal Scottish Academy which are situated in the centre of Edinburgh. The Playfair Project, completed in 2004, joined the two historic buildings with an underground link. 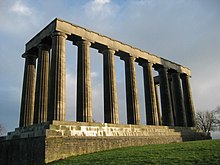 Fine detailing by Playfair on the Royal Scottish Academy