For other places with the same name, see Woodside (disambiguation).
Town in California in the United States

Woodside is a small incorporated town in San Mateo County, California, United States, on the San Francisco Peninsula. It has a council–manager system of government. The population of the town was 5,287 at the 2010 census.

Woodside is home to many horses and is among the wealthiest communities in the United States. The median household income in the town is $212,917, and the median family income is $246,042.

The Woodside area was originally home to natives belonging to the Ohlone tribe. In 1769, led by Gaspar de Portolá, Spanish explorers searching for San Francisco Bay camped at a site near Woodside.

Woodside is located on the Rancho Cañada de Raymundo Mexican Land grant. Woodside is said to be the oldest English-speaking settlement in the southern part of the San Francisco Peninsula. The first English-speaking settlers arrived in the early 19th century to log the rich stands of redwoods. Charles Brown constructed the first sawmill in Woodside on his Mountain Home Ranch around 1838. Brown's adobe house, built in 1839, still stands today. By mid-century, the Woodside area had a dozen mills producing building materials for a booming San Francisco.

In 1849, during the California Gold Rush, 20-year-old Mathias Alfred Parkhurst purchased 127 acres (0.5 km2) of timberland and named it “Woodside"; of course, this name was kept. By the late 19th century, Woodside was home to country estates. The Sequoia Redwood trees in Woodside are currently 3rd generation growth. The first generation of the Redwood trees were used to build San Francisco original homes. After the 1906 San Francisco earthquake, the loggers returned to Woodside to cut the second growth of redwood so they could be used for the rebuilding of San Francisco.

In 1909, the Family, a private club, set up camp facilities and rustic buildings in Woodside at the Family Farm, a rural retreat used by club members for recreation. Gatherings at the Family Farm include an annual Farm Play, written and performed by members. In 1912, the Family pooled funds to build Our Lady of the Wayside Church in Portola Valley, designed by 19-year-old Timothy L. Pflueger, his first commission. The historic building was repaired at a cost of US$600,000 after the 1989 Loma Prieta earthquake.

Woodside was incorporated in 1956 to prevent urbanization, and it still retains a rural residential character, though it is a short commute to Silicon Valley.

Today, Woodside is among the wealthiest small towns in the United States.

The intentionally small business district includes: a few restaurants; a grocery store; a saloon; a hardware and horse tack store; a home and garden store; an Aveda hair salon; a cleaner; and a post office. Outside of the business district are the Stillheart Institute educational event center, Skywood Trading Post and the Mountain Terrace event center.

Town restaurants include the Michelin starred Village Pub, Buck's of Woodside restaurant, known among Silicon Valley entrepreneurs as the location where many VC investment deals have been signed, and the Firehouse Bistro.

Horses are part of the local culture. Numerous residents keep horses, and the town government maintains a network of horse trails. Some resident's homes are even considered farms. The town is also popular among local cyclists and draws them in large numbers on weekends. The most popular road cycling routes include Old La Honda Road, King's Mountain Road, Cañada Road, Southgate Drive, Skyline Boulevard and Highway 84. The Tour of California bicycle race includes several roads along and adjacent to CA-84 and Skyline Boulevard.

Woodside is home to a number of open space preserves, including the Purisima Open Space (part of the Midpeninsula Regional Open Space), where both horseback riding and bicycling are allowed. For mountain biking, the famous Skeggs Point is located in Woodside along Skyline Boulevard.

Dr. Carl Djerassi founded an artists' colony in the community in memory of his late daughter Pamela. The Djerassi Artists Residency is one of several Bay Area programs that houses artists. It is located adjacent to the campus of Stanford University, east of the town. Other Bay Area programs include Montalvo Arts Center in Saratoga and Headlands Center for the Arts in Marin.

Woodside is located on the San Francisco Peninsula, midway between San Jose and San Francisco, just north of Silicon Valley, in San Mateo County. The infamous San Andreas fault runs through town. This fault is a major source of earthquake activity in California, including the 1906 San Francisco earthquake.

Much of Woodside is wooded, with redwoods and Douglas fir dominating in the western hills and more oaks and eucalyptus in the lower areas. San Francisco Bay lies to the east, while Pacific Ocean beaches lie to the west. The Santa Cruz mountains separate Woodside from the ocean and extend down to Monterey Bay about forty miles south.

According to the United States Census Bureau, the town has a total area of 11.7 square miles (30 km2), all land.

Hills and mountains between Woodside and the Pacific coast make fog much less prevalent than in nearby San Francisco. As well, during the summer, Woodside's climate is remarkably hotter than that of San Francisco.

Woodside has a variety of habitat types including California oak woodland and riparian zones. There is considerable biodiversity present, Woodside being within the California Floristic Province. Notable species present include the rare and endangered species Acanthomintha duttonii, the San Mateo Thornmint. It is also home to Huddart County Park, which is accessible by authorized motor vehicles, pedestrians, and horses on Kings Mountain Road. The other vehicle accessible entrance is off of Kings Mountain Road, approximately halfway up the road from the point at which it starts to climb a narrow hill in the Coastal Range of California. This is accessible to the public, which can drive down Toyon road until further driving of unauthorized vehicles is unlawful, which is just after Sequoia Campground. Also, other than the main entrance, several entrances are accessible to pedestrians and horses only and are located along Kings Mountain Road.

While Huddart County Park is probably the most well-known park in Woodside, Wunderlich Park is extremely popular with both hiking and horse enthusiast. The trails in this park are shared by those on foot and on horse and span almost 1000 acres. Unfortunately, for cyclists they are not allowed on the trails in this park.

Argonaut Games formerly had its U.S. headquarters in Woodside.

Funding for public schools in Woodside are supplemented by grants from private foundations set up for that purpose and funded by local residents.

The house in the Robin Williams movie Bicentennial Man is in Woodside. Dynasty was filmed at the Filoli Estate (not the interior of the mansion, but the exterior), as were the films The Wedding Planner, The Game, Lolita, George of the Jungle, Heaven Can Wait, and Harold and Maude. The musical Rent also has a scene filmed inside the Filoli Estate.

Several well-known people who live or have lived here, include: 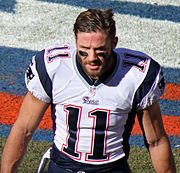 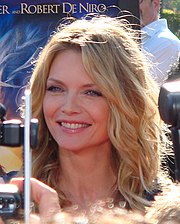 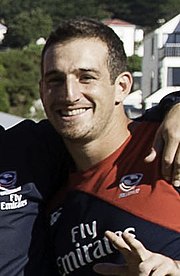 The city is served by the Woodside Public Library of the San Mateo County Libraries, a member of the Peninsula Library System.