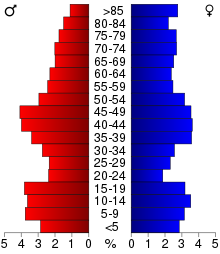 Several small newspapers are published in Wright County, including the Wright County Monitor, serving Clarion and Dows, the Eagle Grove Eagle, and the Belmond Independent.

The first Wright County Fair was held in Clarion. The old fairgrounds were located where Clarion's USA Healthcare Center stands today. the Clarion Fair ran until 1924; it was held in Goldfield in 1925, and moved to its present location in Eagle Grove in 1926; it was later retitled as the Wright County District Junior Fair. Entries are open to children in Hamilton, Humboldt, Webster, Hardin, Franklin, and Wright Counties.

The population ranking of the following table is based on the 2010 census of Wright County.