The North British Station Hotel in Edinburgh (now The Balmoral) was the railway hotel (opened 1902) of the North British Railway at Waverley Station.
Opposite is the statue by John Steell of Arthur Wellesley, 1st Duke of Wellington, the victor of the Battle of Waterloo, in which the Royal North British Dragoons participated as part of the 2nd Cavalry Brigade, called the "Union Brigade".

North Britain is a term which has been occasionally used, particularly in the 17th and 18th centuries, for either the northern part of Great Britain or Scotland, which occupies the northernmost third of the island. "North Britains" could also refer to Britons from Scotland; with North Briton later the standard spelling. Its counterparts were South Britain, generally used to refer to England and Wales and West Britain, usually referring to Ireland.

Early uses of the designation have been noted after the 1603 Union of the Crowns of the Kingdoms of England and Scotland. In early use the term could refer to inhabitants of Scotland as well as the country itself; since at least the late 15th century, "Britain" could be equivalent to "Briton", even being used interchangeably in early texts. Accordingly, "North Britain" was sometimes used as equivalent to "North Briton". Francis Bacon wrote in 1604 that the union made "The people to be the South-Brittains and North-Brittains". The Oxford English Dictionary cites the poet Richard Brathwait, the play Wit at Several Weapons, and Sir William Mure of Rowallan as early 17th-century appearances of the name for Scotland as a whole.

King James VI and I, the first joint monarch of both kingdoms, used the terms "South Britain" and "North Britain" for England and Scotland respectively, most famously in his Proclamation of 1606 (here) establishing the first Union Flag, where Scotland and England are not otherwise named:

This usage was repeated in Charles I's Proclamation of 1634 on the use of the flag, though adding England and Scotland too for explanation: 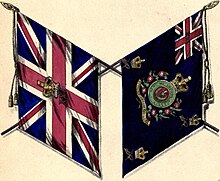 In Rob Roy (1817), Sir Walter Scott refers to a Scottish person in England as a North Briton, sometimes in the mouth of an English character but also in the authorial voice. 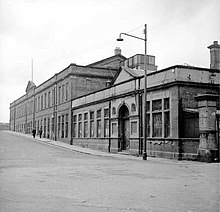 "North Britain" is often used historically, referencing the time period before the formation of Scotland and England. As such, it forms a geographic, yet politically and culturally neutral description of the area. North Briton is a term that may be used for a person from North Britain.

The name is found in other private enterprises, examples being the Edinburgh North British Insurance Company, founded in 1809, and North British Distillery Company founded there in 1885. The North British Rubber Company was founded in 1856 in Edinburgh's Fountainbridge, notable for its Wellington boots and eventually becoming Hunter Boot Ltd.

An example of its use in respect to northern Great Britain rather than Scotland can be found in the title of the North British Academy of Arts which existed from 1908 to 1924 in Newcastle-upon-Tyne, a city in northern England.

The North Briton and New North Briton were newspapers in the 18th and 19th centuries, and in 1844 there was also a North British Advertiser. The North British Review was founded in 1844 by members of the Free Church of Scotland as a Scottish "national review" for those unsatisfied with the secular Edinburgh Review or the conservative Quarterly Review. It continued until 1871. In 1847 a North British Daily Mail was founded, which was renamed the Glasgow Daily Mail in 1901 and merged with the Glasgow Record the same year, ultimately becoming the Daily Record. Cousin Henry, one of Anthony Trollope's 1879 novels, was serialized in that year in the North British Weekly Mail.

Particularly in the 19th century, "North Britain" or "N.B." was widely used for postal addresses in Scotland. However, by the early 20th century, any vestiges of popular usage of this style had declined. "South Britain", the complementary style apportioned to England, had never seriously established itself, either north or south of the Anglo-Scottish border.

At least two ships were named the SS North Britain: a 1940 vessel torpedoed in 1943, and the 1945 SS North Britain, which was built by Lithgows, Port Glasgow as the Empire Cyprus for the Ministry of War Transport. She was sold into merchant service in 1948 and renamed North Britain. In 1962, she was sold to Hong Kong and renamed Jesselton Bay, scrapped in 1968.

In current usage, the northern parts of Great Britain are sometimes referred to simply as 'the North', though this term is more frequently used to describe northern England. This usage is often prevalent in social commentary on the suggested "North–South divide".

The universities of Aberdeen and Edinburgh, in addition to Heriot-Watt University, organise a North Britain Student Forum on geoscience and engineering topics. There is a North British Rowing Club based in Edinburgh.