Not to be confused with EUE/Screen Gems.
Film studio of the United States of America

Screen Gems, Inc. is an American film production and distribution studio that is a division of Sony Pictures's Sony Pictures Entertainment Motion Picture Group, a subsidiary of Japanese multinational conglomerate, Sony. It has served several different purposes for its parent companies over the decades since its incorporation. The label currently specializes in genre films, mainly horror.

In 1924, Charles Mintz married Margaret J. Winkler, an independent film distributor who had distributed quite a few animated series during the silent era. Mintz quickly assumed roles in the distribution of these series (he also renamed "M.J. Winkler Pictures" "Winkler Pictures"). Among those were Walt Disney's Alice Comedies and Krazy Kat. After Mintz become involved with the progress it was clear that he was unhappy with the production costs on cartoons and asked Disney and Ub Iwerks to develop a new character. The result was Oswald the Lucky Rabbit, the first animated character for Universal Pictures. In February 1928, when the character proved more successful than expected, Disney sought to meet with Mintz over the budget, wanting to spend more on the cartoons. Mintz refused, and hired away all of Walt Disney Animation Studios' animators except Iwerks, who refused to leave Disney. He moved the production of the Oswald cartoons to Winkler Pictures, along with Margaret Winkler's brother, George. After losing the Oswald contract to Walter Lantz, Mintz focused on the Krazy Kat series, which was the output of a Winkler-distributed property.

M.J. Winkler Productions became known as Winkler Pictures after he took over in 1926, and Mintz partnered with Columbia Pictures for distribution in 1929. In 1931, when the studio moved from New York to California, it was renamed The Charles Mintz Studio. The Charles Mintz studio became known as Screen Gems in 1933. The name was originally used in 1933, when Columbia Pictures acquired a stake in Charles Mintz's animation studio. The name was derived from an early Columbia Pictures slogan, "Gems of the Screen"; itself a takeoff on the song "Columbia, the Gem of the Ocean". In 1939, a short while before his death, after becoming Indebted to Columbia, Mintz relinquished ownership of his studio and the Screen Gems name to Columbia to settle longstanding financial problems. Walt Disney mentioned in an interview that Mintz cultivated his standards for high-quality cartoon movies, and he kept emphasizing them even after their contract ended.

Mintz was nominated for two Academy Awards for Best Short Subject. His first nomination was in 1935 for Holiday Land, and he was nominated again in 1938 for The Little Match Girl.

For an entire decade, Charles Mintz produced Krazy Kat, Scrappy, and Color Rhapsody animated film shorts through Columbia Pictures. When Mintz became indebted to Columbia in 1938, he ended up selling his studio to them. Mintz's production manager became the studio head but was shortly replaced by Mintz's brother-in-law, George Winkler. Columbia then decided to "clean house" by ousting the bulk of the staff (including Winkler) and hiring creative cartoonist Frank Tashlin. After Tashlin's short stay came Dave Fleischer, formerly of the Fleischer Studios, and after several of his successors came Ray Katz and Henry Binder from Warner Bros. Cartoons (previously Leon Schlesinger Productions). Animators, directors, and writers at the series included people such as Art Davis, Sid Marcus, Manny Gould, Bob Wickersham, and during its latter period, Bob Clampett.

Like most studios, the Screen Gems studio had several established characters on their roster. These included Flippity and Flop, Willoughby's Magic Hat, and Tito and His Burrito. However, the most successful characters the studio had been The Fox and the Crow, a comic duo of a refined Fox and a street-wise Crow.

Screen Gems was, in an attempt to keep costs low, the last American animation studio to stop producing black and white cartoons. The final black-and-white Screen Gems shorts appeared in 1946, over three years after the second-longest holdouts (Famous Studios and Leon Schlesinger Productions). During that same year, the studio shut its doors for good, though their animation output continued to be distributed until 1948. It later merged with the television version of Screen Gems (Previously Pioneer Telefilms).

The Screen Gems cartoons were only moderately successful in comparison to those of Walt Disney Animation Studios, Warner Bros. Cartoons, and Metro-Goldwyn-Mayer cartoon studio. The studio's purpose was assumed by an outside producer, United Productions of America (UPA), whose cartoons, including Gerald McBoing-Boing and the Mr. Magoo series, were major critical and commercial successes.

In 1999 Columbia TriStar International Television produced Totally Tooned In- a syndicated TV package showcasing Columbia's classic cartoon library. With the aid of animation historian Jerry Beck, Columbia restored and remasted the majority of the color Screen Gems cartoons (as well as all the UPA cartoons) from their original 35mm elements. The show aired in several international markets before making its American television debut on Antenna TV on January 8, 2011. Despite these restoration efforts Sony Pictures Home Entertainment has no current plans to release these shorts on DVD or Blu-Ray.

In November 1948, Columbia borrowed the Screen Gems name for its television production subsidiary when the studio acquired Pioneer Telefilms, a television commercial company founded in 1947 by Ralph Cohn, the son of Columbia co-founder Jack Cohn and nephew of Columbia's head Harry Cohn. Pioneer was later reorganized as Screen Gems. The studio started its new business in New York on April 15, 1949.

By 1951, Screen Gems became a full-fledged television studio by producing and syndicating several popular shows (see below). Within a few months, Ralph Cohn had sold a half-hour dramatic anthology concept to the Ford Motor Company which became Ford Theatre, which was one of the first times a major Hollywood movie studio had produced content for television. They also produced seven episodes of the first season of Cavalcade of America.

The name "Screen Gems," at the time, was used to hide the fact that the film studio was entering television production and distribution. Many film studios saw television as a threat to their business, thus it was expected that they would shun the medium. However, Columbia was one of a few studios who branched out to television under a pseudonym to conceal the true ownership of the television arm. That is until 1955, when Columbia decided to use the woman from its logo under the Screen Gems banner, officially billing itself as a part of "the Hollywood studios of Columbia Pictures", as spoken in announcements at the end of some Screen Gems series.

By 1952, the studio had produced a series of about 100 film-record coordinated releases for television under the brand "TV Disk Jockey Toons" in which the films "synchronize perfectly with the records".

On July 1, 1956, studio veteran Irving Briskin stepped down as stage manager of Columbia Pictures and form his production company Briskin Productions, Inc. to release series through Screen Gems and supervise all of its productions. On December 10, 1956, Screen Gems expanded into television syndication by acquiring Hygo Television Films (a.k.a. Serials Inc.) and its affiliated company United Television Films, Inc. Hygo Television Films was founded in 1951 by Jerome Hyams, who also acquired United Television Films in 1955 that was founded by Archie Mayers. During that year, the studio began syndicating Columbia Pictures's theatrical film library to television, including the series of two-reel short subjects starring The Three Stooges in 1957. Earlier on August 2, 1957, they also acquired syndication rights to "Shock Theater", a package of Universal Pictures horror films (later shifted to MCA TV), which was enormously successful in reviving that genre.

From 1958 to 1974, under President John H. Mitchell and Vice President of Production Harry Ackerman, Screen Gems delivered TV shows and sitcoms: Father Knows Best, Dennis the Menace, The Donna Reed Show, Hazel, Here Come the Brides, Mr. Smith Goes to Washington, Gidget, Bewitched, I Dream of Jeannie, The Flying Nun, The Monkees, and The Partridge Family. It was also the original distributor for Hanna-Barbera Productions, an animation studio founded by William Hanna and Joseph Barbera after leaving Metro-Goldwyn-Mayer, and was also the distributor of the Soupy Sales show. The company also entered a co-production deal with Canada's CTV Television Network and produced several shows, many of which were filmed or taped in Toronto for distribution to Canadian stations (Showdown, The Pierre Berton Show). The company even expanded as far as Australia, opening Screen Gems Australia to produce shows for that country's networks, including The Graham Kennedy Show for the Nine Network.

From 1964–1969, former child star Jackie Cooper was Vice President of Program Development. He was responsible for packaging series (such as Bewitched) and other projects and selling them to the networks.

On May 6, 1974, Screen Gems was renamed Columbia Pictures Television as suggested by then-studio president David Gerber. The final notable production from this incarnation of Screen Gems before the name change was the 1974 miniseries QB VII. Columbia was, technically, the last major studio to enter television by name.

Changes in corporate ownership of Columbia came in 1982, when Coca-Cola bought the company, although continuing to trade under the CPT name. In the mid-1980s, Coca-Cola reorganized its television holdings to create Coca-Cola Television, merging CPT with the television unit of Embassy Communications as Columbia/Embassy Television, although both companies continued to use separate identities until January 4, 1988, when it and Tri-Star Television were reunited under the CPT name. Columbia also ran Colex Enterprises, a joint venture with LBS Communications to distribute most of the Screen Gems library, which ended in 1986.

The television division is presently known as Sony Pictures Television.

Television programs produced and/or syndicated by Screen Gems (most shows produced by Hanna-Barbera Productions are now owned and distributed by Turner Entertainment, then Warner Bros. Television Distribution, except for Jeannie and Partridge Family 2200 A.D.) (see below): 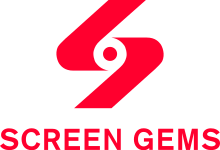 In 1998, Screen Gems was resurrected as a fourth speciality film-producing arm of Sony's Columbia TriStar Motion Picture Group. It was created after Triumph Films closed. Screen Gems produces and releases "films that fall between the wide-release films traditionally developed and distributed by Columbia Pictures and those released by Sony Pictures Classics". Many of its releases are of the horror, thriller, action, drama, comedy and urban genres, making the unit similar to Dimension Films (part of Lantern Entertainment), Hollywood Pictures (part of The Walt Disney Company), and Rogue Pictures (when it was formally owned by Relativity Media and before that, Universal Studios).