This article is about English football league. For other uses, see Premier League (disambiguation).

The competition started in 1992, after 22 clubs from the Football League First Division decided to break away from The Football League (now the EFL). The Premier League has since become the world's most watched sporting league. It is the world's most lucrative football league, with combined club revenues of £1.93 billion ($3.15bn) in 2007–08. It is also ranked second by UEFA's Asoociation Ranking, behind La Liga.

The following 20 clubs will compete in the Premier League during the 2020–21 season. 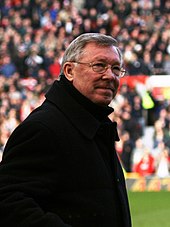