Border crossing between Mexico and the U.S.

Cross Border Xpress (CBX), historically also called the Tijuana Cross-border Terminal and the Puerta de las Californias, is an airport terminal located in the Otay Mesa area of southern San Diego, California, United States, with an access bridge connecting it to the Tijuana International Airport in Tijuana, Baja California, Mexico. It opened on December 9, 2015. It makes Tijuana Airport a geographically binational airport. Unlike the binational airports serving the Swiss cities of Basel (entirely on French territory) and Geneva (entirely on Swiss territory), the CBX terminal is physically located in the United States but serves an airport whose main terminal and runways are in Mexico. A pedestrian bridge spans the United States–Mexico border, connecting passenger terminals between the two countries. It was the creation of Ralph Nieders, who introduced the concept and infrastructure design in Mexico City in 1989 and San Diego in 1990. The structural scheme allows passengers originating and destined to the United States direct access to the Tijuana airport and equally gives Mexican and international carriers operating from the Tijuana airport direct access to the U.S. passenger market.

The terminal, in the Otay Mesa neighborhood of San Diego, allows passengers to check in on the U.S. side of the U.S.–Mexico border, cross a 390-foot (120 m) pedestrian/passenger bridge across the border, clear Mexican immigration and customs, and board flights at the Tijuana International Airport. Passengers arriving in Tijuana are equally able to cross the pedestrian/passenger bridge into the Otay Mesa passenger terminal, clear U.S. passport controls and U.S. Customs, and exit on the U.S. side.

CBX is operated by Otay-Tijuana Venture L.L.C., a US-Mexican group of companies with investors that include PAP Corp, PALAREO Inc., EGI-OTAY Investors with financing from Invex and Bancomext.

View of CBX bridge from parking lot on U.S. side, with Tijuana Airport on the left and the CBX U.S. terminal on the right

For the complete history of the plans and negotiations of the cross-border terminal at Tijuana Airport, see History of the Cross Border Xpress. 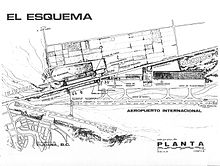 Image 1: Plans for a cross-border terminal date back to 1989. Here, one from Mexicana de Aviación and Ralph Nieders, 1990

The first discussion of a cross-border terminal was part of a proposal initiated by Mexico's Minister of Public Works (Secretario de Obras Publicas) Gilberto Valenzuela Ezquerro who under Mexico's President Gustavo Díaz Ordaz (1964–1970) was directed to modernize Mexico's airports and transportation system. In 1965, Gilberto Valenzuela approached then Mayor of San Diego Frank Curran with a proposal to jointly develop a Tijuana-San Diego airport on Otay Mesa, but at the time, San Diego considered Otay Mesa too remote. Gilberto Valenzuela Ezquerro then initiated the development of the Tijuana airport which was expanded from 128 hectares (316 acres) to 448 hectares (1107 acres) to accommodate a new terminal and runway.

From 1965 until 1987, the concept of a cross-border terminal lay dormant until Dennis Conner America's Cup victory in Australia. Freddie Laker, who had pioneered low-fare commercial transatlantic routes and was the founder of Laker Airways, became interested in developing international commercial/charter flights through Mexico to service the projected passenger traffic for the America's Cup challenge in San Diego. He met with Rodolfo Ramos Ortiz, who had introduced charter operations in Mexico in the 1970s and founded Aerounión and Aerocharter de México, S.A. de C.V. Negotiations failed but the concept of a cross-border terminal continued to evolve. 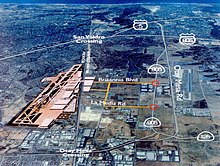 In 1989, Ralph Nieders, who had been involved in the Freddie Laker discussions, made a formal proposal to Mexicana de Aviación, S.A. de C.V. in Mexico City. The proposal was accepted and a letter of intent drawn in 1990 for the acquisition of Martinez Ranch (parcel number APN 667-050-07) as the designated site for the cross-border terminal. The Mexicana de Aviación/Nieders image 1 shown in this section became the first of a series of plans/diagrams that were created to better promote the project. Contact was then made with the San Diego Association of Governments (SANDAG) whose plans for a "bi-national airport" had been undermined in November 1989, when the San Diego City Council lifted a building moratorium on Otay Mesa. SANDAG did not support the development of a cross-border terminal as it sought to again revive its efforts to create a bi-national airport on San Diego's Otay Mesa and Mexicana de Aviación opted not to pursue the project in January, 1991. As Mexicana de Aviación withdrew, in February 1991, Rodolfo Ramos Ortiz/Aerocharter de México looking at the Tijuana airport's potential for passenger and cargo operations to Japan and other Pacific destinations joined Ralph Nieders to continue promoting the cross-borer terminal. As shown by image 2, an updated rendering was then created showing a fully developed Tijuana airport and how its cargo and passengers would directly connect to San Diego's surface streets and freeway system.

In 1993, San Diego's efforts to develop a regional bi-national airport failed and a recession during that same period also caused the collapsed of land values in Otay Mesa. The selected site for the Aerocharter cross-border terminal on the U.S. side was foreclosed. Efforts to build the cross-border terminal were then suspended.

After a quarter century of negotiations and planning for a cross-border terminal, construction began at the Tijuana airport in October 2013 and work on the U.S. side began in June 2014. The cross-border terminal was completed in December 2015. The project had an initial estimated cost of $78 million US dollars and a final completion cost of $120 million US dollars, funded by Mexican and U.S. private investors and Grupo Aeroportuario del Pacífico. Building E of Tijuana's Terminal 1 was retrofitted to support the new bridge structure on the Mexican side. During the construction phase, a temporary border waiver between the U.S. and Mexico had to be issued by mutual legislation to allow U.S. construction cranes and U.S. fabricated steel bridge structural sections to cross the U.S.-Mexico boundary and be set over the six-lane Mexican Federal Highway 2.

The main contractor for the terminal was Turner Construction Company. The civil engineer was Latitude 33 Planning and Engineering. Structural engineers were Hope Amundson Structural Engineers and Kleinfelder. The electrical subcontractor was Bergelectric. The mechanical and plumbing subcontractor was Industrial Commercial Systems. The site work and management subcontractor was Hazard Construction Company. Stantec Incorporated based in Alberta, Canada, was selected as the prime architect and facility designer with the late Ricardo Legorreta of Legorreta+Legorreta as the associate architect.

The Tijuana cross-border terminal was renamed the Cross Border Xpress (CBX) and opened to passenger service on December 9, 2015. However, the official opening ceremony did not take place until April 7, 2016.

For its design and innovation in the category of Airport and Ports, in April 2016 Engineering News-Report (ENR) gave the Otay-Tijuana Cross Border Xpress (CBX) its Global Award For Merit. and in September 2016, awarded CBX the Airports/Transit Best Project in California.

In 2020, an additional restroom facility was added to the building and the duty free area underwent a renovation completed by Delawie Architects and Turner Construction Company.