Norman Ellard Nixon (born October 11, 1955) is an American former professional basketball player who played for the Los Angeles Lakers and the San Diego/Los Angeles Clippers of the National Basketball Association (NBA). He also played with Scavolini Pesaro in Italy. A 2-time NBA All-Star, he won two NBA championships with the Lakers over the Philadelphia 76ers at the onset of their Showtime era in the 1980s.

Born the third of three boys to Mary Jo and Elmer Nixon, in Macon, Georgia, his mother contracted myasthenia gravis when Norm was a baby, and his parents divorced when he was two years old. The three boys were also raised with the help of his mother's mom and aunt (the boys' grandmother and great aunt). He and his two brothers, Ken and Ron, attended the Methodist church, and Norm became an usher.

He played basketball and football in high school at Southwest High School in Macon, Georgia, and was named to all-state in both sports. In football, he played defensive back and tailback, and was later offered a free agent tryout by both the Pittsburgh Steelers and Dallas Cowboys. He was senior class president and named as the starting guard on the Georgia All-State team for 1973, after leading Southwest to the 1973 state high school basketball championship under coach Donald "Duck" Richardson. Nixon also played the trumpet and was on the yearbook staff. He was on the track team, ran the 440 yard dash, and won a regional title in the high jump at 6 feet, 5 inches.

He played four full seasons at Duquesne University in Pittsburgh, Pennsylvania. While there he averaged 17.2 points-per-game (PPG), 5.5 assists-per-game (APG), and 4.0 rebounds-per-game (RPG), scoring 1,805 points and adding 577 assists in 104 games for his career with the Duquesne Dukes. Nixon was named first-team All-Eastern Eight Conference, and left holding the record for career assists.

On January 27, 2001, during the halftime of a game against Xavier University (Cincinnati), the Duquesne University Department of Athletics retired the jerseys of five of its all-time greatest players, including Nixon's #10 (also retired: Chuck Cooper, Sihugo Green, Dick Ricketts and Willie Somerset).

In 2019, Nixon gave his blessing for his retired number 10 to be worn by sophomore point guard Sincere Carry. Carry requested to wear it in order to pay tribute to a friend who wore number 10 in high school, and who fell victim to gun violence in the spring of 2019.

Nixon was the 22nd overall pick in the 1977 NBA draft by the Los Angeles Lakers. He played for the Lakers for six successful seasons and helped the Showtime Lakers win NBA championships in 1980 (4–2) and 1982 (4–2), both against the Philadelphia 76ers. The same two teams would meet in the 1983 NBA Finals, but Philadelphia won this series four games to none. In the 1978 (Seattle SuperSonics), 1979 (Seattle), and 1981 (Houston Rockets) playoffs, the Lakers were eliminated by the eventual Western Conference champion.

He led the team in scoring in the 1982 playoffs.

In game one of the 1983 finals he had a violent collision with Andrew Toney of the 76ers early in the first quarter. As he came off the floor, coach Pat Riley asked Nixon "You need a blow?", to which Nixon replied: "No, a casket". He would continue to play in game one and game two despite a separated shoulder.

Prior to the start of the 1983–84 season, the popular Nixon was traded to the San Diego Clippers in exchange for the draft rights to guard Byron Scott. Lakers general manager Jerry West made the deal to free Magic Johnson, the team's other point guard, from sharing the ball with Nixon. In his first year with the Clippers, Nixon led the league in total assists and made the All-Star team for the second time in the 1984–85 season. After the 1985–86 season, he spent much of his later career on the injured list, spending more than two full seasons on the injured list before retiring for good at the end of the 1988–89 season. During his time with the Clippers he would never make it to the playoffs again.

He missed the 1986–87 season after stepping into a hole during a softball game in New York City's Central Park during the summer of 1986 (July 23, 1986) and suffered severe damage to the tendon just above his left knee. Nixon ruptured his right Achilles tendon during a pre-season practice on November 4, 1987; the injury would cause him to miss the entire 1987–88 season. Before being injured he had played in 715 of 725 games available in his first nine seasons.

During his NBA career, Nixon scored 12,065 points (15.7 points per game) and had 6,386 assists (8.3) in 768 games played. Although he had impressive statistics, he may be remembered most for faking a free throw at the end of a Lakers-San Antonio Spurs game on November 30, 1982, which caused a double lane violation. The referees erroneously ordered a jump ball, instead of requiring Nixon to re-shoot the free throw. The Lakers got the ball and Nixon made a field goal to tie the game, where they prevailed in overtime. The last three seconds of the game were later replayed in April 1983. 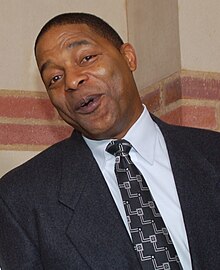 After retiring from the NBA in March 1989, Nixon played for Scavolini Pesaro of the Italian major-league Serie A in April and May. In August 1989 Valerio Bianchini (who had coached Pesaro the previous season) head coach of Messaggero Roma tried to get Nixon to come play for the 1989–90 season. He would participate in some of the NBA's Legends Classic games that took place during All-Star Weekend in the late 80s and early 90s, before a leg injury forced him out of a game. The league would later retire the game due to fear of injuries amongst players.

He founded the Debbie Allen Dance Academy (DADA) in Culver City, California with his wife.

In his retirement years, Nixon concentrated on several business ventures, and served one season as radio commentator for the Clippers (2004–05), as well as doing analyst work for KABC-TV's NBA post-game shows during the mid-2000s.

Subsequently, he was hired by Fox Sports West to take over Jack Haley's position as studio color analyst for all Lakers home games, working alongside studio host Bill McDonald during pregame, halftime, and post game coverage.

Before they were married, both Nixon and Allen appeared in the 1979 film The Fish That Saved Pittsburgh (a film that also featured NBA stars Julius Erving and Kareem Abdul-Jabbar).