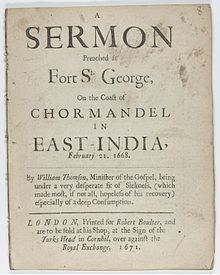 Due to their low cost and ease of production, pamphlets have often been used to popularize political or religious ideas.

A pamphlet is an unbound book (that is, without a hard cover or binding). Pamphlets may consist of a single sheet of paper that is printed on both sides and folded in half, in thirds, or in fourths, called a leaflet or it may consist of a few pages that are folded in half and saddle stapled at the crease to make a simple book.

The word pamphlet for a small work (opuscule) issued by itself without covers came into Middle English c. 1387 as pamphilet or panflet, generalized from a twelfth-century amatory comic poem with an old flavor[clarification needed], Pamphilus, seu de Amore ("Pamphilus: or, Concerning Love"), written in Latin. Pamphilus's name is derived from the Greek name Πάμφιλος, meaning "beloved of all". The poem was popular and widely copied and circulated on its own, forming a slim codex. 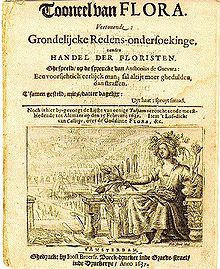 The pamphlet form of literature has been used for centuries as an economical vehicle for the broad distribution of information.
See also: Pamphlet war

Its modern connotations of a tract concerning a contemporary issue was a product of the heated arguments leading to the English Civil War; this sense appeared in 1642. In some European languages, this secondary connotation, of a disputatious tract, has come to the fore: compare libelle, from the Latin libellus, denoting a "little book".

Pamphlets functioned in place of magazine articles in the pre-magazine era, which ended in the mid-nineteenth century. There were hundreds of them in the United States alone. They were a primary means of communication for people interested in political and religious issues, such as slavery. Pamphlets never looked at both sides of a question; most were avowedly partisan, trying not just to inform but to convince the reader.

Pamphlets can contain anything from information on kitchen appliances to medical information and religious treatises. Pamphlets are very important in marketing because they are cheap to produce and can be distributed easily to customers. Pamphlets have also long been an important tool of political protest and political campaigning for similar reasons.

A pamphleteer is a historical term for someone who produces or distributes pamphlets, especially for a political cause.

Due to their ephemeral nature and to the wide array of political and religious perspectives given voice by the format's ease of production, pamphlets are prized by many book collectors. Substantial accumulations have been amassed and transferred to ownership of academic research libraries around the world.

Particularly comprehensive collections of American political pamphlets are housed at New York Public Library, the Tamiment Library of New York University, and the Jo Labadie collection at the University of Michigan.

The pamphlet has been widely adopted in commerce, particularly as a format for marketing communications. There are numerous purposes for pamphlets, such as product descriptions or instructions, corporate information, events promotions or tourism guides and they are often used in the same way as leaflets or brochures.

Retrieved from "https://en.wikipedia.org/w/index.php?title=Pamphlet&oldid=995837257"
Uses material from the Wikipedia article Pamphlet, released under the CC BY-SA 3.0 license.