A surform tool (also surface-forming tool) features perforated sheet metal and resembles a food grater. A surform tool consists of a steel strip with holes punched out and the rim of each hole sharpened to form a cutting edge. The strip is mounted in a carriage or handle. Surform tools were called "cheese graters" decades before they entered the market as kitchen utensils used to grate cheese. Surform planes have been described as a cross between a rasp and a plane.

Although similar to many food graters made of perforated sheet metal, surforms differ in having sharpened rims. Also, a surform typically is used to shape material, rather than grate it. 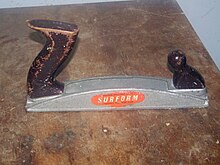 The word surform is an apparent portmanteau of "surface" and "form". It is unclear whether this is a genericized trademark or the opposite, a common name that was subsequently trademarked. Surform is a registered trade mark of Stanley Black & Decker, Inc. in many countries across the world. Surform was first registered as a trade mark in the United Kingdom on 25 September 1953

Stanley Works (Stanley) first bought United States manufacturing rights, then bought the company. Stanley began marketing its first surform tools, a plane and a rasp that used the same blade, in 1956. By 1959, Stanley offered a choice of fine and coarse tooth blades. By 1966, the product line had grown to include pocket plane, files (round, half-round, and flat), and an electric drill drum. Reflecting their many uses, Stanley used the slogan it shaves everything but your beard. A feature of the product line was that on all the tools the blades were replaceable; this was important because they could not be sharpened.

Stanley used the name Surform from the start of its marketing campaign in 1956, and became owner of the Surform trademark in Australia in 1967.

There are several types of surform tools, used to make different shapes. They include flat plane; flat, half-round, and round rasp, and a variety of other shaping/shaving tools. Larger surform tools are designed for two-handed use; smaller ones for one-handed use.

Although some of these tools are called planes, the United States International Trade Commission has ruled that under the Harmonized Tariff Schedule of the United States they belong to the class of files, rasps, and similar tools. 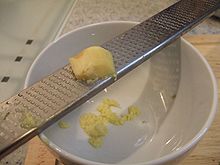 Compared to a conventional rasp or sandpaper, the advantages of a surform rasp include a faster cutting action, no clogging of the tool with material being removed, and little or no dust.

In woodworking, surforms are used for rapidly removing wood from curved surfaces. They remove less wood than a drawknife, so they are easier to control. Even though surforms leave very coarse finishes, the worked areas can be easily smoothed with finer tools, such as files and sanding blocks. Woodworker Sam Maloof described their use in chairmaking: "Once I have roughed out the arm on the bandsaw, I use a Surform® (Stanley® model No. 295). This tool does about the same job as a spokeshave -- it can take off a lot of wood very quickly -- but I can use it without worrying about grain direction." 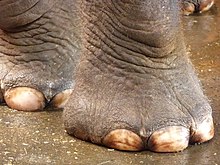 Trimmed nails on an elephant's foot

In farriery, surforms are used to remove excess hoof wall from a horse's hoof. They may also be used to "manicure elephants' hooves".

In horticulture, surforms are used to smooth pruning cuts and shape exposed wood. Surforms are popular among creators of bonsai, especially among those who use deadwood bonsai techniques.

Surforms are used also to shape surfboards, trim drywall, and in sculpture.

As kitchen utensils, surform tools are a recent innovation. The Microplane wood rasp, a sleek stainless steel surform rasp first marketed as a woodworking tool and known generically as a microplane, recently became popular as a kitchen utensil for, among other uses, grating cheese (see Zester). An early mention of using a Microplane "rasp-like grater" in the kitchen was a cookbook published in 1999. This was soon followed by mentions such as one of the finest kitchen tools to come along in decades and a miracle citrus zester and hard cheese grater. Initially, it was available from kitchen supply stores and Lee Valley Tools.

In the 2001 film Pearl Harbor, in a beach scene a man is seen using what appears to be a surform tool to shape a surfboard. This is an anachronism, as the scene is set in 1941.

Uses material from the Wikipedia article "Surform", released under the CC BY-SA 3.0 license.