This article is about the ethnic group originating in the Cape. For the broader group of mixed-race people in South Africa, see Coloureds.

Cape Coloureds (Afrikaans: Kaapse Kleurlinge) are an ethnic group composed primarily of persons of mixed race. Although Coloureds form a minority group within South Africa, they are the predominant population group in the Western Cape.

At least one genetic study indicates that Cape Coloureds have an ancestry consisting of the following ethnic groups:

The Cape Coloureds are a heterogeneous South African ethnic group, with diverse ancestral links. Ancestry may include European settlers, indigenous Khoi and San and Xhosa people, and slaves imported from the Dutch East Indies (or a combination of all). People from India and the islands within the Indian Ocean region were also taken to the Cape and sold into slavery by the Dutch settlers. The Indian slaves were almost invariably given Christian names but their places of origin were indicated in the records of sales and other documents so that it is possible to get an idea of the ratio of slaves from different regions. These slaves were, however, dispersed and lost their Indian cultural identity over the course of time. Slaves of Malay and other ancestry were brought from India, Indonesia, Malaysia, Madagascar, and Mozambique. This diverse assortment of people was subsequently classified as a single group under the Apartheid regime.

Under Apartheid, under the Population Registration Act as amended, the term Cape Coloured referred to a subset of Coloured South Africans, with subjective criteria having been used by the bureaucracy to determine whether a person was a Cape Coloured, or belonged to one of a number of other related subgroups such as the "Cape Malays", or "Other Coloureds".

Cape Coloureds in the media 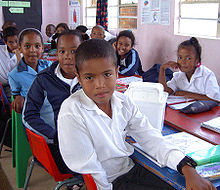 The film I'm Not Black, I'm Coloured - Identity Crisis at the Cape of Good Hope (Monde World Films, 2009 USA release) is one of the first historical documentary films to explore the legacy of Apartheid through the viewpoint of the Cape Coloured community, including interviews with elders, pastors, members of Parliament, students and everyday people struggling to find their identity in the new South Africa. Sequel film “Word of Honour: Reclaiming Mandela’s Promise” (Monde World Films, 2016 USA release)

Various books have covered the subject matter of Coloured identity and heritage.

The term "coloured" is currently treated as a neutral description in Southern Africa, classifying people of mixed race ancestry.

Once used in the Western countries as well, especially so in North America, the term has shifted in meaning and is now regarded as derogatory in the Western World; a newly-coined term "person of color" has since become common and preferred by the members of the community and the general populace. This term tends to mean any non-white person, as opposed to a mixed-race person, where the term "multiracial" is used. "Coloured" may also be seen as offensive in some other western countries, such as Britain and the United States of America.