The Academy recognized hard rock music artists for the first time at the 31st Grammy Awards (1989). The category was originally presented as Best Hard Rock/Metal Performance Vocal or Instrumental, combining two of the most popular music genres of the 1980s. Jethro Tull won that award for the album Crest of a Knave, beating Metallica, who were expected to win with the album ...And Justice for All. This choice led to widespread criticism of the Academy, as journalists suggested that the music of Jethro Tull did not belong in the hard rock or heavy metal genres. In response, the Academy created the categories Best Hard Rock Performance and Best Metal Performance, separating the genres.

The band Living Colour was presented the first award for Best Hard Rock Performance in 1990. From 1992 to 1994 the award was presented as the Grammy Award for Best Hard Rock Performance with Vocal. As of 2011, the bands Foo Fighters, Living Colour, and the Smashing Pumpkins share the record for the most wins, with two each. American artists have been presented with the award more than any other nationality, though it has been presented to musicians or groups originating from Australia twice and from the United Kingdom once. Alice in Chains holds the record for the most nominations without a win, with eight. 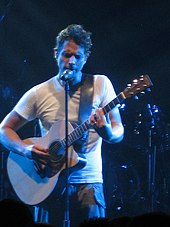 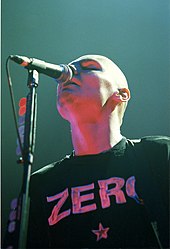 Billy Corgan of the two-time award-winning band, The Smashing Pumpkins 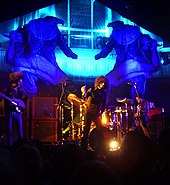 The 2009 award-winning band, The Mars Volta