The 1994 NBA draft took place on June 29, 1994, at Hoosier Dome in Indianapolis. Two NBA rookies of the year were picked in the first round, as Jason Kidd and Grant Hill were co-winners of the award for the 1994–95 NBA season. Kidd and Hill would end up as perennial All-Stars (10 and 7-time selections, respectively), though Hill's career was marred by severe injuries.

The first overall pick Glenn Robinson was involved in a contract holdout shortly after being selected, reportedly seeking a 13-year, $100 million contract. Both Robinson and the Milwaukee Bucks eventually agreed on a 10-year, $68 million contract, which once stood as the richest NBA contract ever signed by a rookie. A fixed salary cap for rookies was implemented by the NBA the following season. Robinson himself had a productive NBA career, becoming a two-time NBA All-Star and winning an NBA Championship in 2005 in his final year with the San Antonio Spurs.

Notably, this is the final draft to date to see all of the first three picks make All-Star rosters with the teams that originally drafted them. 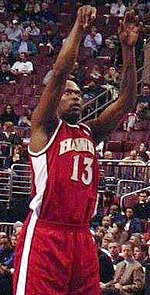 Glenn Robinson, the 1st pick of the Milwaukee Bucks 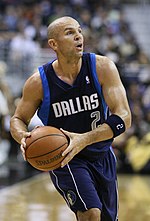 Jason Kidd, the 2nd pick of the Dallas Mavericks 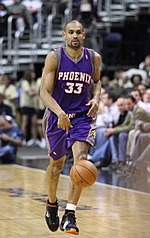 Grant Hill, the 3rd pick of the Detroit Pistons 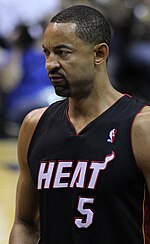 Juwan Howard, the 5th pick of the Washington Bullets

Eddie Jones, the 10th pick of the Los Angeles Lakers

These players went undrafted in 1994 but played in the NBA.