The 2005 NBA draft took place on June 28, 2005, in the Theatre at Madison Square Garden in New York City. In this draft, NBA teams took turns selecting amateur college basketball players and other first-time eligible players, such as players from high schools and non-North American leagues. The NBA announced that 49 college and high school players and 11 international players had filed as early-entry candidates for the draft.

This was the last NBA draft for which high school players were eligible. The new collective bargaining agreement between the league and its players union established a new age limit for draft eligibility. Starting with the 2006 NBA draft, players of any nationality who complete athletic eligibility at a U.S. high school cannot declare themselves eligible for the draft unless they turn 19 no later than December 31 of the year of the draft and are at least one year removed from the graduation of their high school classes. International players, defined in the NBA's collective bargaining agreement as non-US nationals who did not complete athletic eligibility at a U.S. high school, must turn 19 (or older) in the calendar year of the draft, up from 18.

This draft is notable for a most recent draft pick from an NAIA (and non-NCAA) school in any round; that pick is Robert Whaley, the 51st player drafted from Walsh University, which is now in NCAA Division II. As of 2020, Chris Paul, Gerald Green, Ian Mahinmi, Ersan Ilyasova, and Lou Williams are the only remaining active players from this draft class, though only Paul, and Williams are currently on a roster. 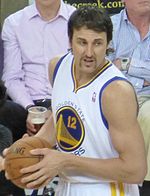 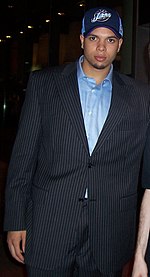 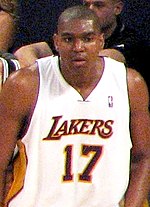 These players who declared or were automatically eligible for the 2005 draft, were not selected but have played in the NBA.

The following trades involving drafted players were made on the day of the draft:

Prior to the draft, the following trades were made and resulted in exchanges of draft picks between the teams.