The 1979 NBA draft was the 33rd annual draft of the National Basketball Association (NBA), held at the Plaza Hotel in New York City on Monday, June 25. In this draft, the 22 NBA teams took turns selecting amateur U.S. college basketball players and other eligible players, including international players; it went ten rounds and selected 202 players.

The first two picks in the draft belonged to the teams that finished last in each conference, with the order determined by a coin flip. The Los Angeles Lakers, who obtained the New Orleans Jazz' first-round pick in a trade, won the coin flip and were awarded the first overall pick, while the Chicago Bulls were awarded the second pick. The remaining first-round picks and the subsequent rounds were assigned to teams in reverse order of their win–loss record in the previous season. A player who had finished his four-year college eligibility was eligible for selection.

If a player left college early, he would not be eligible for selection until his college class graduated. Larry Bird would have been eligible to join this draft class because his "junior eligible" draft status from being taken by Boston in 1978 would expire the minute the 1979 draft began, but Bird and the Celtics agreed on a five-year contract on June 8 to avoid that. Before the draft, five college underclassmen were declared eligible for selection under the "hardship" rule. These players had applied and gave evidence of financial hardship to the league, which granted them the right to start earning their living by starting their professional careers earlier. Prior to the draft, the Jazz relocated from New Orleans to Salt Lake City and became the Utah Jazz.

Magic Johnson from NCAA champion Michigan State University, one of the "hardship" players, was selected first overall by the Los Angeles Lakers. Johnson, who had just finished his sophomore season in college, became the first underclassman to be drafted first overall. He went on to win the NBA championship with the Lakers in his rookie season. He also won the Finals Most Valuable Player Award, becoming the first rookie ever to win the award. He spent his entire 13-year career with the Lakers and won five NBA championships. He also won three Most Valuable Player Awards, three Finals Most Valuable Player Awards, ten consecutive All-NBA Team selections and twelve All-Star Game selections. For his achievements, he has been inducted to the Basketball Hall of Fame. He was also named to the list of the 50 Greatest Players in NBA History announced at the league's 50th anniversary in 1996. After retiring as a player, Johnson went on to have a brief coaching career as an interim head coach of the Lakers in 1994.

Sidney Moncrief, the fifth pick, won two Defensive Player of the Year Awards and was selected to five consecutive All-NBA Teams, five consecutive All-Defensive Teams and five consecutive All-Star Games. In "The Book of Basketball", Bill Simmons noted that then-Lakers GM Jerry West had actually wanted to trade down from the #1 pick and use it to get Moncrief along with more players and picks, but Jerry Buss vetoed West's plans because Buss wanted Magic to be the new face of the team he was just finishing his full purchase of. Jim Paxson, the twelfth pick, was selected to one All-NBA Team and two All-Star Games. Bill Cartwright, the third pick, won three consecutive NBA championships with the Chicago Bulls from 1991 through 1993. He also had one All-Star Game selection, which occurred in his rookie season. He then became the Bulls' head coach for three seasons. Bill Laimbeer, the 65th pick, won two NBA championships with the Detroit Pistons in 1989 and 1990 and was selected to four All-Star Games. After retiring, he coached the Detroit Shock of the Women's National Basketball Association (WNBA) for eight seasons, leading them to three WNBA championships in 2003, 2006 and 2008. Mark Eaton, who had only completed one year of college basketball, was selected by the Phoenix Suns with the 107th pick. He opted to return to college basketball and later joined the NBA in 1982, after he was drafted again by the Utah Jazz in the 1982 draft. During his eleven-year career with the Jazz, he won two Defensive Player of the Year Awards and was selected to five consecutive All-Defensive Team and one All-Star Game. Two other players from this draft, eighth pick Calvin Natt and 73rd pick James Donaldson, were also selected to one All-Star Game each.

In the fourth round, the Boston Celtics selected Nick Galis from Seton Hall University with the 68th pick. However, he suffered a serious injury in the training camp and was waived by the Celtics before the season started. Galis, who was born in the United States to Greek parents, opted to play in Greece. He never played in the NBA and spent all of his professional career in Greece, where he helped the country emerge as an international basketball power. He won a Eurobasket title, 8 Greek championships, 7 Greek cups as well as numerous personal honors and awards. He has been inducted into both the FIBA Hall of Fame and the Naismith Memorial Basketball Hall of Fame. 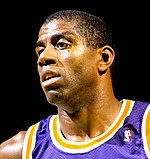 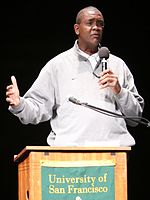 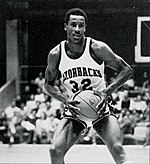 Sidney Moncrief was selected 5th overall by the Milwaukee Bucks.

Kyle Macy was selected 22nd overall by the Phoenix Suns.

The following list includes other draft picks who have appeared in at least one NBA game.

Bill Laimbeer was selected 65th overall by the Cleveland Cavaliers.

James Donaldson was selected 73rd overall by the Seattle SuperSonics.

^ 1: Even though Mark Eaton was a freshman, he was eligible to be drafted because he was already four years out of high school and therefore he did not need to apply for early entry.