The 1982 NBA draft took place on June 29, 1982, at the Felt Forum at Madison Square Garden in New York City, New York. Brent Musburger reported for CBS in the days leading up to the draft that the Los Angeles Lakers and New York Knicks were working on a wider-ranging deal that would have sent Kareem Abdul-Jabbar to New York, Bill Cartwright to the Utah Jazz, and either the #1 or #2 pick from Utah to Los Angeles (which was guaranteed one of those picks anyway due to a 1980 trade with Cleveland), with the Lakers then planning to select both Ralph Sampson and James Worthy. When Sampson decided to forgo entering the draft and to return for another season at the University of Virginia, the deal fell apart and the Lakers picked Worthy with the #1 overall choice. 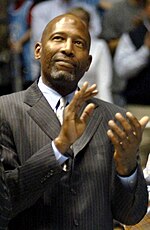 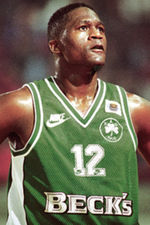 Dominique Wilkins was selected third overall by the Utah Jazz.

Clark Kellogg was selected eighth overall by the Indiana Pacers.

Corny Thompson was selected 50th overall by the Dallas Mavericks. 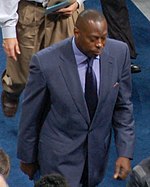 These post-second round picks have appeared in at least one regular or postseason game in the NBA.